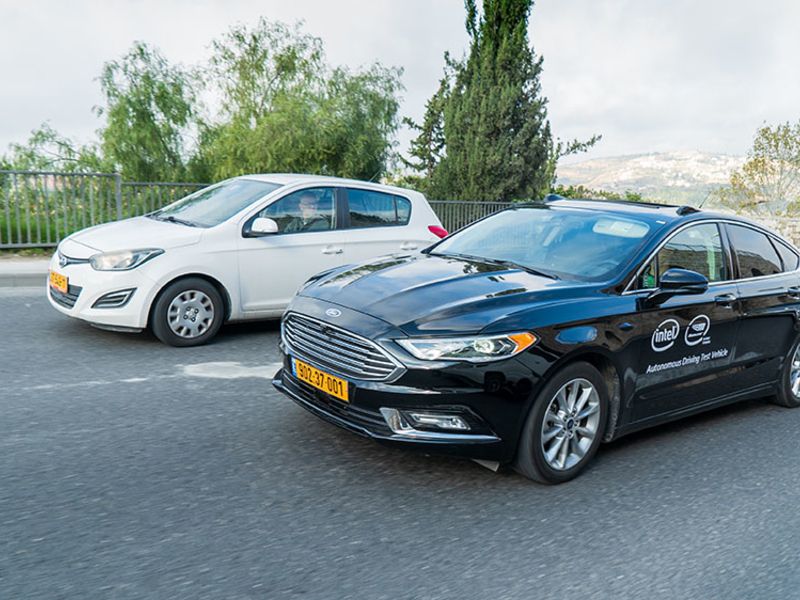 Intel Corp. autonomous driving unit Mobileye is piloting a robotaxi service in Paris that’s ferrying employees of one of the French capital’s most famous department stores to work.

The challenges of navigating Parisian traffic will help speed up the development of Mobileye’s self-driving system, said Johann Jungwirth, a company vice president.

“It will certainly help us to get feedback from riders and experience in one of the most complex driving environments,” he said in an interview with Bloomberg Television. “It’s even crazier than New York City.”

Mobileye and its competitors must push forward with pilot programs that show the technology’s reliability and help secure the approval of regulators if they are going to reach their goal of making self-driving vehicles available to a mass market. The Intel unit also needs to garner attention and show progress as it works towards an initial public offering next year.

Mobileye is working with Paris metro operator RATP to let employees of Galaries Lafayette hail a robotaxi from anywhere in the city using the Moovit app. It will be the first time Mobileye is using Moovit’s technology after Intel acquired the mobility data startup for about $900 million in 2020. The vehicles in the Paris program will include a safety driver behind the wheel for the time being. Intel and Mobileye are testing a self-driving car fleet without passengers in Munich and have announced plans to launch pilot programs in Detroit and Tokyo.

Full commercial deployments of robotaxis and roboshuttles will start at the latest in 2023, according to Jungwirth.

The majority of testing and development activity for autonomous vehicles has been concentrated in the U.S., particularly in the San Francisco Bay area. But the race to deploy commercialized, ride-hailing fleets of robotaxis has spread to European countries as governments there have become more proactive in considering regulation, a key hurdle to their adoption.

Ford Motor Co. and Volkswagen-backed Argo AI are conducting pilots in major European cities. BloombergNEF projects that Robotaxi fleets in Europe, excluding the U.K., will grow to 3.5 million vehicles by 2040. In the U.S., by comparison, the forecast is for a fleet of 6.8 million by 2040.

Germany and France are accelerating work to set up rules that would permit automated vehicles to mix with regular traffic, according to Mobileye.

“Europe in this sense is kind of leading the way and we expect the next step to be the European Union,” Jungwirth said. “In parallel, there will be some competition, of course, worldwide from Singapore and other markets, and we hope the U.S. will follow soon with a federal regulation.”