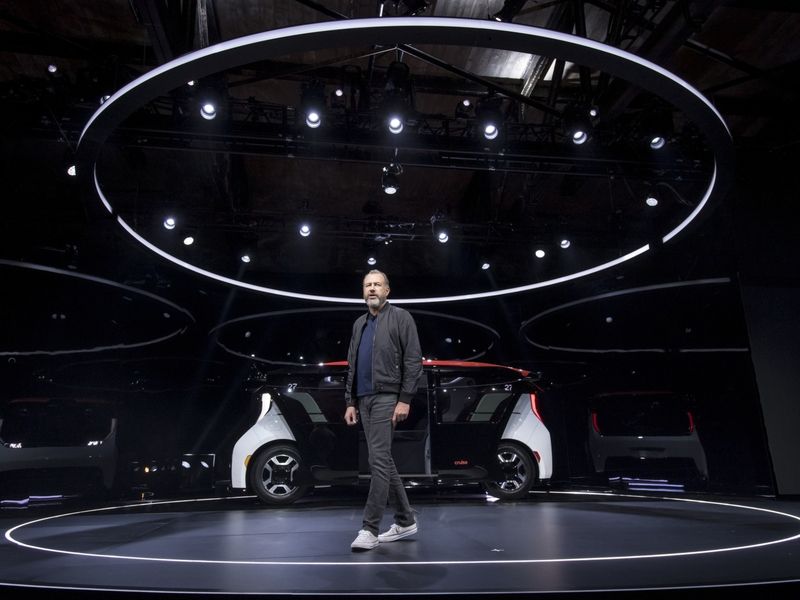 The self-driving vehicle company majority-owned by GM will be run by Kyle Vogt, co-founder, president and chief technical officer, for now.

GM did not say why Ammann, CEO of the San Francisco startup since 2019, was leaving or whether he took a position elsewhere.

GM said it will accelerate the Cruise strategy it outlined during its investor day in October, in which Cruise will help build GM’s autonomous platform.

Ammann’s departure marks a second high-profile loss for GM in a matter of days. On Wednesday, the automaker confirmed that Pamela Fletcher, GM’s vice president of global innovation, would leave the company to become chief sustainability officer for Delta Airlines.

Before taking charge of Cruise, Ammann was president of GM from 2014 to 2018. He was also the automaker’s CFO from 2011 to 2014 after more than a decade as a Wall Street banker with Morgan Stanley and Credit Suisse. As managing director and head of industrial investment banking for Morgan Stanley, he was instrumental in high-profile assignments including advising GM during its 2009 restructuring, according to a GM bio. The New Zealand native played a crucial role in GM’s plan to return to captive auto financing with GM Financial, which was formed in 2010 through the acquisition of AmeriCredit.

Former GM CEO Dan Akerson considered Ammann, Mary Barra and two others in late 2013 to lead the company when he retired. Barra was ultimately promoted to CEO. Ammann was a key player in the acquisition of Cruise in 2016. He often said self-driving vehicle technology would be lifechanging. At the reveal of the Cruise Origin in San Francisco in early 2020, Ammann called the shared autonomous shuttle “our answer to the question about what transportation system you’d build if you could start from scratch.”

Amman’s departure comes at what’s already a tumultuous time for Cruise. The company has squabbled in recent weeks with the San Francisco Municipal Transportation Agency, which said in a November letter that Cruise self-driving test vehicles had frequently double parked in violation of the city’s vehicle code. Further, the letter, written by SFMTA director Jeffrey Tumlin, questioned whether Cruise provides or could later provide adequate services to disabled customers.

“While San Francisco remains hopeful and optimistic that driving automation can and ultimately will improve road safety, recent developments have given San Francisco concern that the Cruise automated driving system is not currently designed to comply with state and local traffic regulations that govern passenger services Cruise proposes to deploy commercially in San Francisco,” he wrote.

The letter was addressed to the California Public Utilities Commission, from which Cruise needs a driverless deployment permit in order to commercially operate.

In a Dec. 6 response, Cruise disputed the SMFTA’s claim that double parking was not restricted in instances the public-transit agency had observed, and said it had conducted the pickup and drop-off of passengers in compliance with local vehicle codes. A lawyer for Cruise said the company had met the necessary requirements to obtain a permit.

“Cruise is ready and prepared to commence our commercial service,” wrote the lawyer, Aichi N. Daniel, who requested the CPUC approve the company’s permit “at the next possible commission meeting.”
On the cusp of that approval, Amman’s departure leaves further questions.

Denial or delay of a permit would spell major trouble for Cruise, which has relegated almost all of its testing in recent years to San Francisco and foresees the city as the first market for commercial operations. Competitors like Zoox and Waymo also see the city as an early market, and the latter has ramped up its testing in the city over the past five months while rolling out a “Trusted Tester” program.