In March, David Murray and Timur Khayrov decided to drive from their Scottish homes to North Wales to test out their Porsches. The two 30-year-olds did over 100 mph (160 km/h) and filmed their antics for their YouTube channel “Vehicle Villains”, which landed them in hot water with the authorities.

The two men were charged with dangerous driving and were handed an eight-month prison sentence, suspended for 12 months.

The video, which the court heard was influenced by Top Gear, was posted online, where it was spotted by an inspector from the Greater Manchester Police force. The officer subsequently reported it to North Wales Police, reports the BBC.

The pair were on the way to a track day at Oulton Park, Cheshire, but had decided to set off a day early and head into North Wales. They initially headed to the “Evo Triangle,” a series of roads that the car magazine has popularized. However, with this route full of speed cameras, they drove to the B4501, near Cerrigydrudion in Conwy, and the B4391 in Gwynedd. 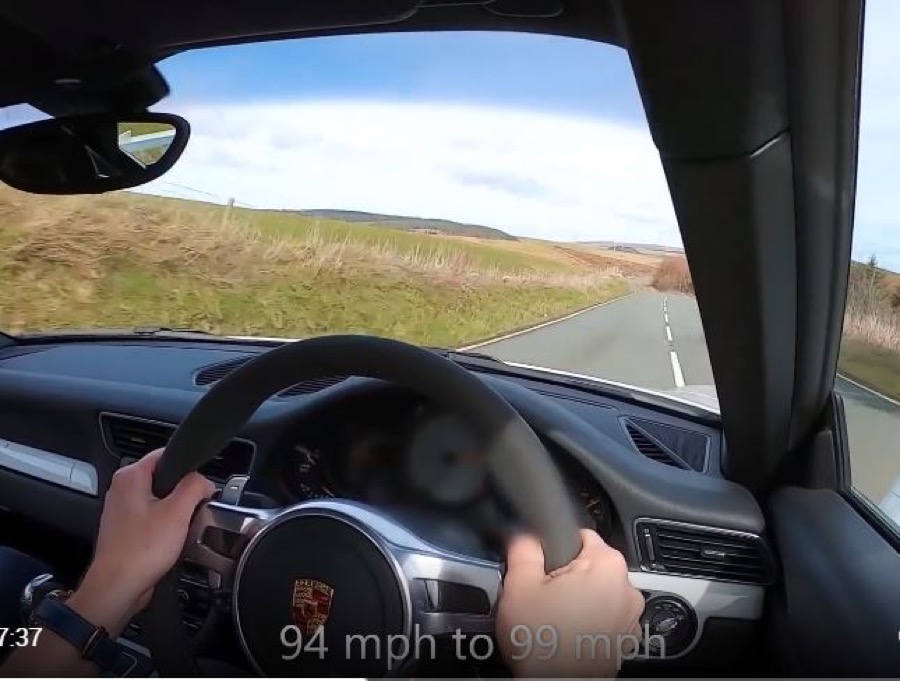 Khayrov, an airline pilot, was said to have displayed “misplaced enthusiasm” and is extremely appalled at his own behavior. Further, his actions were extremely out of character. Meanwhile, in the court Murray said he was aware he had done “the stupidest thing he has ever done in his life.”

“The aggravating factor is the filming of the driving,” said Judge Nicola Jones, while sentencing the pair. “It may not have been your intention to encourage others to come to Snowdonia and drive in a dangerous manner, but that’s what you did,” she said.

In addition to the suspended prison sentences, both were handed 18-month driving bans and must retake their test before getting their licenses back. Moreover, they will have to serve 200 hours of community service and pay £689 ($910) on costs and a victim surcharge. The convicted pair have since sold both Porsches.