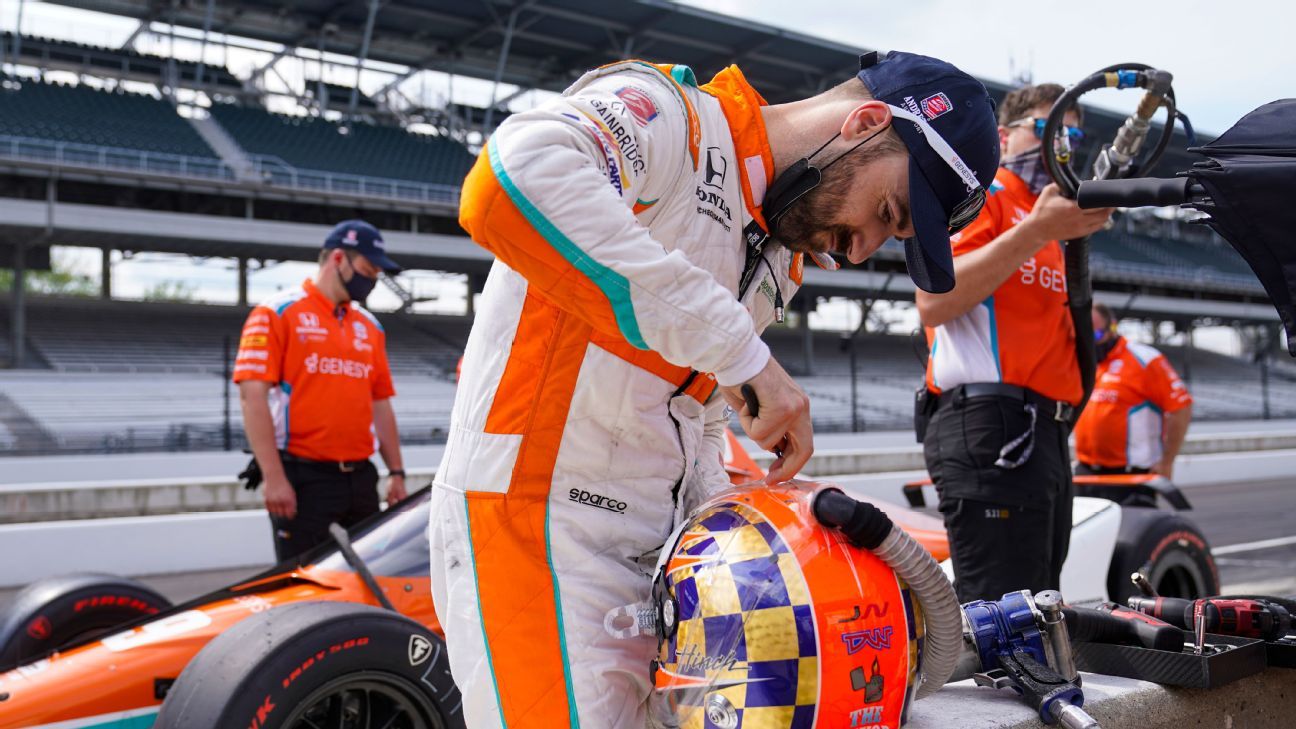 James Hinchcliffe, one of IndyCar’s most popular drivers, said Tuesday that he is stepping away from full-time racing in the series.

The Canadian driver said he is not retiring and will explore other types of racing. Andretti Autosport did not renew his contract for next year.

“With a decade-plus of incredible memories in the bank, I am happy to announce I am stepping away from full-time IndyCar competition,” Hinchcliffe posted on social media. “This was not a decision taken lightly and it was one made with the full support of my family and closest supporters. There were many factors, both personal and professional, that led me to this decision but it truly felt like the time was right.”

I’m going to hang by the bar, put out the vibe… pic.twitter.com/KXFXETtnxx

Hinchcliffe, 35, had a rough season in his return to Andretti in 2021 and scored just one podium finish, third place on the street course at Nashville. His next best finish was 14th twice, at Detroit and the Long Beach season finale.

The “Mayor of Hinchtown” is a two-time most popular driver in IndyCar and was a runner-up on the 2016 season of “Dancing with the Stars.” He is a six-time IndyCar winner and started on the pole for the 100th running of the Indianapolis 500 in 2016, a year after he was nearly killed in a crash at Indianapolis Motor Speedway.

He started on the front row for the Indy 500 three times in nine appearances. Hinchcliffe failed to qualify in 2018; in 2015, he watched from the hospital after a broken part from his car pierced an artery in his upper left thigh. Hinchcliffe lost 14 pints of blood as he was rushed to the hospital following the crash during a practice session.

Hinchcliffe made his IndyCar debut in 2011 with Newman Haas Racing, spent the next three seasons driving for Andretti and then drove five years with Sam Schmidt. He was released with a year remaining on his contract after the 2019 season and made six starts for Andretti the next year.

He had a full-time ride with Andretti this season but was replaced by Devlin DeFrancesco last month. Hinchcliffe was 20th in the series standings in 2021.

“In 2011, I realized a lifelong goal of becoming an IndyCar driver,” Hinchcliffe said. “I remember almost every minute of the journey getting there. There were many ups and many downs. Through all the challenges and uncertainty there were two constants, my unabated desire to make it in IndyCar and my family’s unwavering support. In the 11 years that followed, I lived out my dream in a way that a nine-year-old kid, sitting in a kart for the first time, could never have imagined.”

He said he does not plan to retire from racing, but Hinchcliffe could be headed to the television booth. He has done analyst work previously, including for CBS over the summer during Tony Stewart’s all-star racing series and for IndyCar races for NBC in 2020.

NBC Sports, which holds the rights to IndyCar, did not retain former driver Paul Tracy as an analyst.