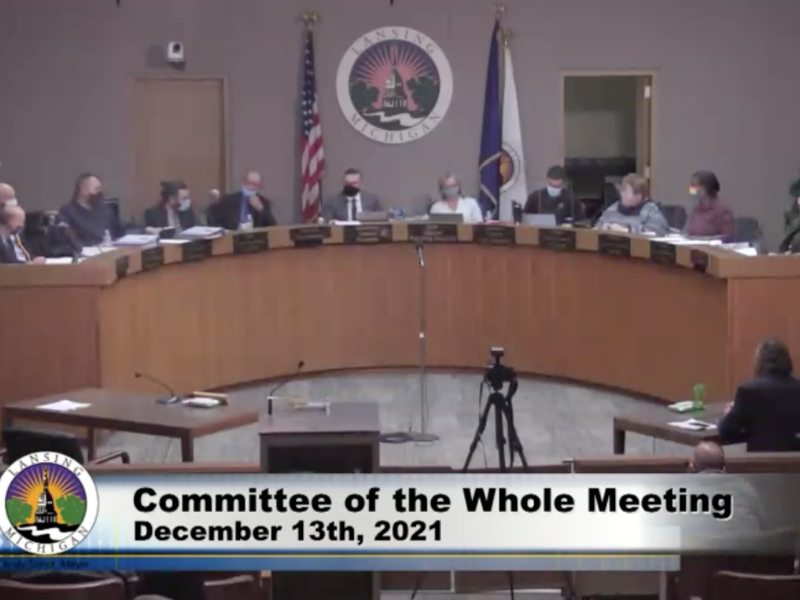 The council’s unanimously approved resolutions that would establish a Renaissance Zone on a 529-acre tract of land, making it mostly property tax-free for 18 years.

The Lansing council and board of trustees in Delta Township simultaneously endorsed extended agreements that would annex the property into the city of Lansing for tax purposes and allow both municipalities to share Lansing city income tax.

The Lansing region is in competition with other U.S. regions that are bidding as GM selects sites for two additional battery plants that the automaker intends to build for next-generation EVs. The other two already were awarded to Spring Hill, Tenn., and Lordstown, Ohio.

Construction of a massive 2 million square foot battery pack assembly plant could begin as soon as the first quarter of next year, said Bob Trezise, CEO of the Lansing Economic Area Partnership.

“There really is urgency here,” Trezise told the Lansing council.

News of the potential project emerged Friday amid an interstate race for EV investments by Michigan’s automakers.

Trezise, whose organization has been working to bid on a GM battery plant for the past year, emphasized that the automaker has not made a decision on where to build its next two plants.

“As a total disclaimer, this could all be for naught,” Trezise said.

But Trezise said landing the battery plant would likely secure the future of the Delta Township assembly plant — which assembles Chevy Traverse and Buick Enclave SUVs — and Lansing’s Grand River Assembly Plant south of I-496, where the GM workers build the Chevrolet Camaro and Cadillac CT4 and CT5.

Because of the weight of battery packs for EVs, automakers have been locating battery manufacturing plants near assembly plants to minimize transportation costs and logistics.

“This isn’t even just a plant or even just a company,” Trezise said. “You should think of it as we are partnering to retain a whole industry in our backyard. And we are one of the few in the world who have an opportunity like this in front of us tonight to something amazing and huge.”

Trezise said the local incentives package includes special electricity rates for the plant from the Lansing Board of Water & Light, a city-owned municipality. BWL’s board is expected to meet Tuesday to approve an electric rate package for the plant.

“If not for them the rest of us wouldn’t be here,” Trezise said of BWL.

The local municipalities are speeding through pre-approved tax incentives as the Michigan Legislature is fast-tracking legislation to set up new tax incentives aimed at winning a large-scale battery manufacturing plant following Ford Motor Co.’s decision to build new EV and battery plants in Tennessee and Kentucky.

Trezise said the package of local tax incentives for GM needs two more local approvals before it can be packaged with state tax incentives through the Michigan Strategic Fund board, which governs tax incentives offered to companies by the quasi-governmental Michigan Economic Development Corp.

On Dec. 20, the Lansing City Council has to hold a public hearing on a second tax exemption for the battery plant — a industrial facilities exemption for 12 years. Michigan law requires a one-week advance notice before the council can vote to approve it, City Council President Peter Spadafore said.

That tax break, known as an Act 198 exemption, would exempt GM from 50 percent of a 6-mill property tax for local government debt, said Karl Dorshimer, senior vice president of economic development for LEAP.

The Renaissance Zone tax break would wipe out all other property taxes for 18 years. Renaissance Zone designations are 15 years, but this one has three additional years to account for the lengthy construction period, Dorshimer said.

“We think there could be me more than several thousand construction workers on the site for years,” Trezise said.

Dorshimer did not have an estimate of how much income tax Lansing and Delta Township would generate from the proposed plant’s 1,700 employees once it is at peak operation in 2029. But he said the project would pay dividends for the Lansing region, especially if GM retools the Delta Township and Grand River assembly plants for new EVs and keeps nearby auto supplier plants humming.

“For a return on investment, it’s a good deal,” Dorshimer said.