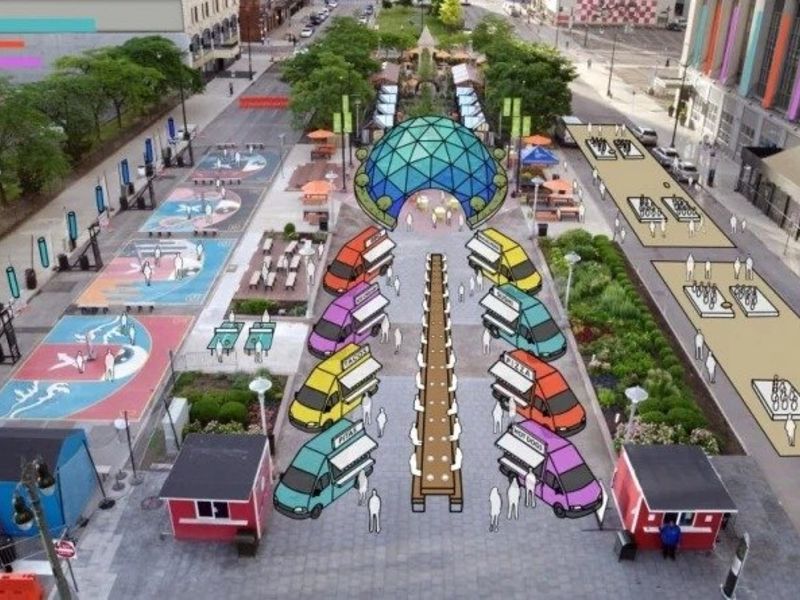 LANSING — Michigan lawmakers are planning to help the Detroit auto show get back in business after what could be a 44-month hiatus for the event.

A $795 million spending bill headed to passage in the Legislature on Tuesday contained a $9 million one-time grant for Detroit’s auto show.

The Detroit Auto Dealers Association canceled NAIAS in June 2020 and September of this year because of the ongoing coronavirus pandemic after attempting to move the auto show in 2020 from January to early summer. Detroit hasn’t hosted an auto show since January 2019.

“This is just to help them get back, get them up and running again,” House Appropriations Committee Chairman Thomas Albert, R-Lowell, told Crain’s Detroit Business, an affiliate of Automotive News. “It’s really important for the state of Michigan.”

The auto show is Detroit’s marquee annual event, attracting international media and auto executives from across the globe and generating an estimated $400 million in economic impact for the state in the hospitality, travel and construction sectors.

In a statement, DADA Executive Director Rod Alberts said, “we are pleased state leaders have recognized the hardships and difficulties the show has faced over the past couple of years — hardships directly related to COVID.”

“While each previous show has funded the next show — a nearly 3-year void led us to ask for direct support from the state of Michigan,” Alberts said. “This one time, one time, funding will help put the show back on strong financial footing and go toward making a 2022 show the best one yet — showcasing all things Michigan has to offer on the automotive front.”

The sustained auto show hiatus also has hampered the financial stability of Detroit’s convention center. In September 2020, the Legislature appropriated $36 million in additional state aid over six years for Detroit Regional Convention Facility Authority to make up for losses sustained during the pandemic when the convention and events business ground to a halt.

The $21.95 million in individual grants came from the state’s general fund, not its $5.7 billion in unspent discretionary stimulus funds.

And after months of sitting on $300 million for COVID testing in schools that Congress sent Michigan for purposes of reopening schools this school year, Republicans in the majority party have agreed to appropriate half of those funds.