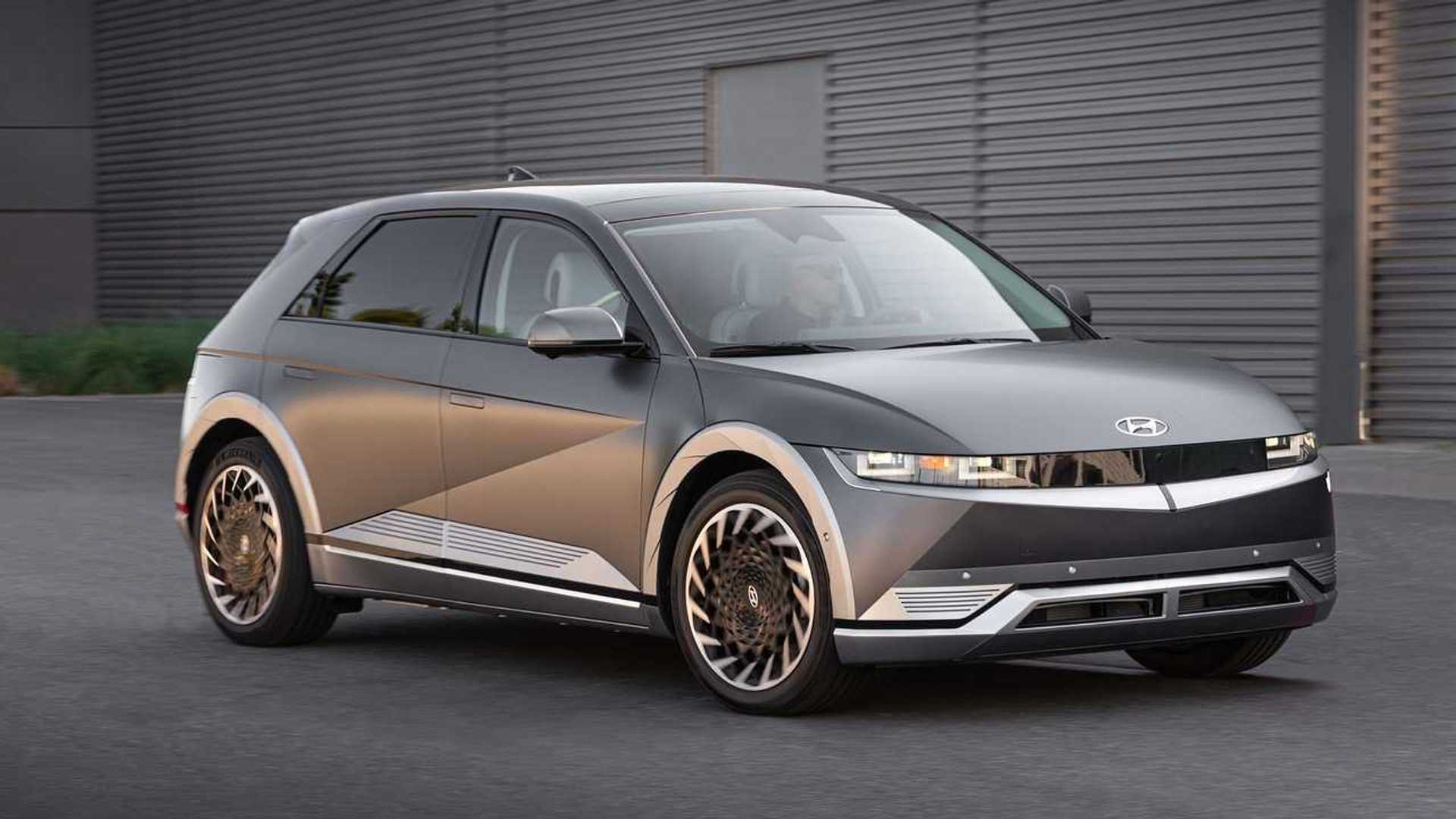 Hyundai announced pricing for the upcoming Ioniq 5 model in the U.S., which allows us to compare the basic numbers with similar electric models.

All the other models will be crossovers/SUVs, in base all-wheel-drive versions, and with 19″ wheels. Let’s start with the two most popular competitors – the Tesla Model Y and Ford Mustang Mach-E.

If we compare the Hyundai Ioniq 5 with the Tesla Model Y, we can see that the battery capacity is similar, but according to the EPA, the range (expected) is noticeably better in the Tesla Model Y.

However, we must note that all AWD versions of the Hyundai Ioniq 5 have the same EPA rating, even the Limited trim, which – as far as we know – has 20″ wheels. It might turn out that the real range of the base version, with 19″ wheels, should be higher, so the difference to the Model Y would be lower. We will know more after InsideEVs’ 70 mph range test.

The acceleration of the two cars is similar – Model Y appears to be slightly quicker and has a higher top speed.

The most important thing is the pricing – 20% lower MSRP for Ioniq 5, and because there is no federal tax credit for Tesla anymore, the difference is 32% effectively (over $20,000).

This is a huge difference and now a lot depends on the availability of the cars and – related to it – dealers markups.

Among other things, Hyundai Ioniq 5 offers a very good charging curve – one of the best on the market as long as there are high-power 800 V chargers. Tesla has an advantage with its Supercharging network.

When compared to the Ford Mustang Mach-E (the latest 2022 model year), the Mach-E has a substantially bigger battery and also a higher range. The acceleration is similar.

However, the Mach-E appears to be more about sporty driving (and also has quicker versions), while the Hyundai Ioniq 5 is more about the mainstream market.

Compared to the Audi Q4 e-tron, Hyundai Ioniq 5 wins slightly in all basic metrics – range, acceleration, top speed, power, price and charging. Audi is more of a premium brand though.

The comparison with the Volkswagen ID.4 is very similar to the previous one, but the ID.4 is less expensive. We are also waiting for the numbers for the 2022 model year.

The Volvo XC40 Recharge is not an electric car built from the ground-up (it has a direct ICE counterpart), which means that it’s not supposed to be better than the latest BEVs, like the Hyundai Ioniq 5, built on an entirely new BEV platform.

Volvo is also a premium brand, which is right away reflected in the higher price. The battery capacity is similar, but Hyundai Ioniq 5 is expected to offer slightly more range. Acceleration and the top speed are similar. Of course, charging will be faster in the case of the Hyundai Ioniq 5.

Finally, the Nissan Ariya – a 2023 model year, as it will become available about a year from now.

An interesting thing is that despite a slightly larger battery, the range is expected to be only a bit higher. Acceleration appears to be similar. Hyundai Ioniq 5 will probably significantly beat the Ariya in terms of charging speed (Ariya will accept up to 130 kW).

The crucial thing is pricing, which is much higher for the Nissan Ariya. It might be justified by a nicer interior, equipment, or quality, but on paper, it’s a big jump (20% or so).