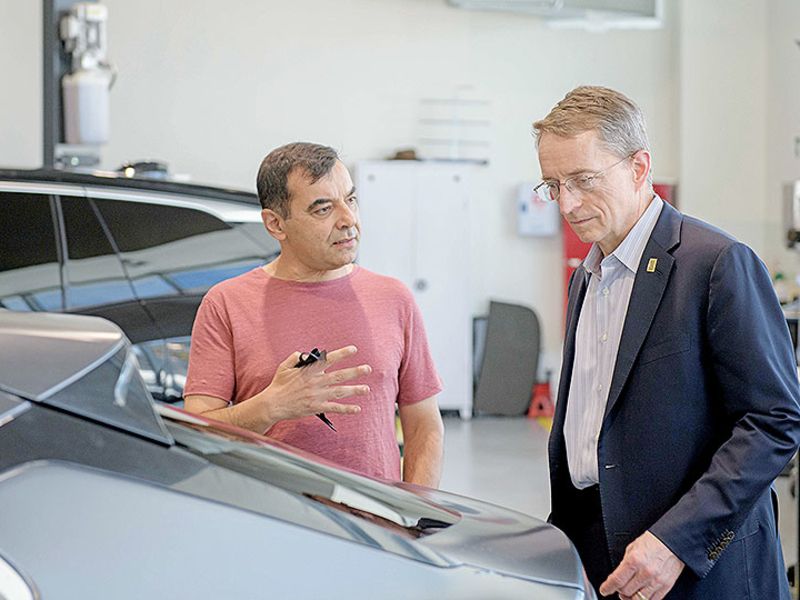 When Intel bought Mobileye in March 2017, it was considered a blockbuster deal, and not just because of the $15.3 billion price tag. The acquisition paired Intel’s vast chipmaking capabilities with Mobileye’s camera-based computer vision expertise, bringing an entirely new dynamic to automotive technology.

Last week, Intel unveiled plans to spin off Mobileye into its own public company in 2022, a move that will take place as Mobileye readies to launch self-driving taxi services in Germany and Israel. More broadly, it occurs as the automotive industry’s need for chips that serve as the brains behind automated systems, electric vehicles and other features rapidly grows throughout this decade.

Asked why it made sense to spin Mobileye, which had been operated as an independent subsidiary anyway, into a standalone entity at this juncture, Intel CEO Pat Gelsinger used the words “visible” or “visibility” at least a half-dozen times in a conference call last week detailing the plans.

“We see this as an underappreciated asset that will get a lot more visibility in the marketplace as a result of this move,” he said.

How does Mobileye fit into public markets eager for more transportation technology offerings? It’s hard to say. While Mobileye holds ambitions similar to the likes of Aurora and Argo in launching self-driving vehicles, particularly in robotaxi applications, there’s a dimension of its business that makes comparisons to most other companies difficult.

For two decades, it has also been a front-runner in supplying camera-based technology for driver-assist systems. Most companies see driver-assist systems and self-driving technology as separate endeavors; one involves supporting human drivers, and the other seeks to eliminate them. Mobileye ranks among the few companies that envision a steady progression from one to the other.

Tesla might be the most prominent backer of this approach, and Gelsinger dutifully name-checked Elon Musk’s automotive company during his remarks. But in terms of automated systems, that comparison might be selling Mobileye short.

Tesla’s Autopilot system has drawn the attention of U.S. regulators because of a series of incidents in which Teslas with the system engaged crashed into parked emergency response vehicles. And separately, the automaker’s confusingly named Full Self-Driving system actually still requires a human driver behind the wheel.

On the driver-assist front, Mobileye already provides driver-assist features and chips to more than two dozen automakers. In October, it entered production with an enhanced version of that system, called SuperVision, with Geely for its Zeekr electric SUVs. By 2025, Geely and Mobileye intend to offer a fully automated, Level 4 system called Mobileye Drive.

Beyond the automated systems themselves, Mobileye has compiled an extensive supporting portfolio. It has already shipped 100 million of its systems on chip. It has harnessed crowdsourced data from vehicles already containing its cameras to build high-definition maps for highly automated vehicles.

It has developed a safety framework that’s been analyzed by regulatory agencies and other companies. It’s developing its own radar and lidar systems.

Perhaps most importantly, it acquired Moovit, a mobility-as-a-service company that will be the consumer-facing side of its robotaxi services, which launch in Munich and Tel Aviv next year.

With the pieces in place for robotaxi services, autonomous systems in personally owned vehicles and its legacy driver-assist business, Mobileye has set itself apart, as no other company has positioned itself to contend in all three spheres.

“We have a very unique asset with Mobileye, and we want to do everything we can to accelerate its momentum in the marketplace,” Gelsinger said. “We have a way to expose that value to shareholders with a different multiple range. This is very substantial, and we see over the next five, 10, 15 years, there’s a value creation cycle this structure will allow us to take advantage of.”