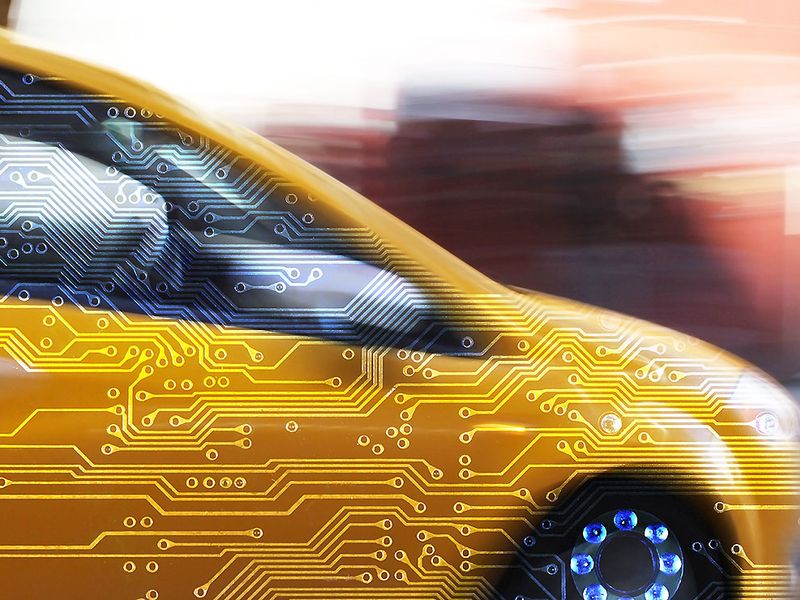 DETROIT — Starting this week, some Dodge owners who want more horsepower can just download it. Ram owners will one day be able to buy extra payload capacity.

The kinds of instant upgrades consumers are used to getting on their cellphones are now on the way to their cars and trucks as automakers salivate over the prospect of wirelessly squeezing more profit from vehicles long after they’ve left the dealership.

General Motors projects up to $25 billion in annual revenue by 2030 from software and subscription services. Stellantis last week began a push to bring in $23 billion a year from such offerings by 2030, more than 50 times what it gets from the meager options available today.

“We intend to deepen the emotional bond between our customers and the brands they love,” Mamatha Chamarthi, head of Stellantis’ software business, said in a presentation to investors. “If the past was about increasing margins by moving customers north in hardware and trim levels, our future is about offering customers software-based services.”

But whether automakers can persuade customers to keep their wallets open long after taking ownership of a vehicle isn’t clear. Soaring transaction prices mean many buyers are stretching the limits of their budgets to afford their monthly payments, even as loans increasingly spread out the cost over seven years or more.

That means that to achieve their ambitious revenue projections from software, automakers will need to find ways to make the vehicle itself less expensive, Stellantis CEO Carlos Tavares said. Costs reductions on the lower-profit manufacturing side of the business are key to unlocking the potential of the higher-margin software side, he told reporters in Detroit last week.

“All of this is very much dependent on the affordability of what we are doing,” Tavares said. “Something needs to be improving in the cost structure of this fantastic mobility device called the automobile … to make sure this technology is not going to create mobility that is only for the elites.”

In many ways, automakers are taking a cue from Tesla as they equip vehicles to receive over-the-air updates, years after the electric vehicle maker began doing so. They also have watched technology companies such as Apple use connectivity to produce recurring revenue streams and make customers fiercely brand-loyal.

Stellantis says the software and services market it’s eager to tap will amount to $225 billion by 2030, and doing so will produce the sizable margins that tech companies enjoy. Apple’s 29 percent operating margin in the third quarter is nearly triple the 10 percent that Stellantis projects for all of 2021.

That kind of profit potential explains why automakers are so enamored with software, but the benefits for consumers who will be asked to pay up are less obvious, cautioned Mike Ramsey, an automotive and smart mobility analyst at Gartner.

“I’m skeptical that any of these car companies will get anything close to the multiples they’re talking about from services,” Ramsey said.

Automakers might be able to get customers to subscribe to features that go beyond what they have today, such as driver-assist technology, he said. But the companies will likely have trouble if they try the airline model of charging for amenities people are accustomed to having included.

“If they try to shake people down for heated seats, like BMW is considering, that’s probably not going to go over very well,” Ramsey said.

In Germany and Norway, Audi offers upgraded Matrix LED headlights on the E-tron and E-tron Sportback EVs for a monthly fee after buyers exhaust a free trial. And owners of the Polestar 2 EV in Europe can now buy a $1,100 performance upgrade that provides 67 hp more and faster acceleration.

Ford Motor Co. last week launched a field service tool for businesses that it hopes will help differentiate its new Ford Pro commercial unit and help generate recurring revenue. The tool, called Viizr, is meant to provide business owners with software to do everything from digitize work quotes and invoices to schedule, dispatch and coordinate field technicians.

Ford has said it aims to foster an “always on” relationship with customers to generate new forms of revenue through vehicle connectivity, though it hasn’t given a specific dollar amount.

“ ’Always on’ means we are regularly interacting with our customers on things large and small,” Ford CEO Jim Farley said in July, “and we’re building new capabilities like connected services to enrich the customer experience and drive recurring revenue streams.”

Stellantis intends to offer many of the services it’s developing via three technology platforms it will deploy starting in 2024, called STLA Brain, STLA SmartCockpit and STLA AutoDrive. It also plans to launch usage-based insurance in North America and Europe in 2022.

But one question that the rollout of “Netflix-style” services raises is the dealer’s role in post-purchase transactions, said Fernando Varela, who owns three Ford dealerships and a GM brand store near Dallas.

“We, as dealers, probably need to be more outspoken,” said Varela, chairman of the National Association of Minority Automobile Dealers. “It is my customer; I should get a percentage of the revenue and not just the manufacturers.”

Michael Martinez and Vince Bond Jr. contributed to this report.