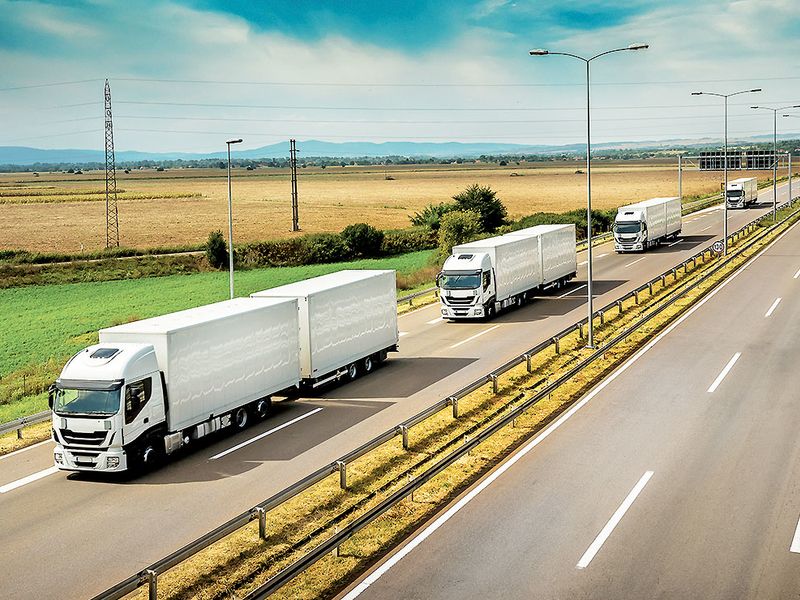 WASHINGTON — Autonomous trucks can offer a “generational opportunity” to not only improve road safety but also bring about far-reaching economic benefits, according to Ariel Wolf, general counsel for the Self-Driving Coalition for Safer Streets.

To advance automation in the trucking industry and beyond, the coalition has been involved in discussions with policymakers at the federal, state and local levels to enable widespread testing and deployment across the U.S.

The coalition — whose members include Aurora, Cruise, Ford Motor Co., Volvo Cars and other companies in the technology, auto and transportation sectors — says a federal framework for automated vehicles, including heavy-duty trucks, is needed to expand testing and deployment options so the full benefits can be realized.

“We want to get this technology out and see it scale, and maintain U.S. leadership in this space,” Wolf told Shift.

Staff Reporter Audrey LaForest spoke with Wolf, 38, about the benefits of driverless trucks, especially amid a driver shortage and supply chain crisis. Here are edited excerpts.

Q: What’s the status of autonomous trucking in the U.S.?

A: Autonomous trucks are hauling freight right now, and that’s a key point. For example, TuSimple is working with UPS. Aurora is working with FedEx. Embark is working with HP. Kodiak has been hauling freight for a couple of years now. Waymo and Daimler Trucks are working together. There’s a lot of activity right now, and there’s a lot more going on behind the scenes that isn’t publicly announced yet. Over the last year, the trucking industry has really come around on this technology. But for the industry to continue to scale and usher in the safety and efficiency and supply chain benefits to the public, we really do need to see a federal framework for broad deployment of AV technology in the country.

Q: Which companies are leading the effort?

A: There are a number of companies that have been leading the way in the U.S., and the Self-Driving Coalition is proud to have them as members: Aurora, Embark, Kodiak, TuSimple and Waymo. They’re all leading this charge and advancing autonomous trucking technology, and we’ve seen a number of big announcements on the milestones and investments. They’re establishing partnerships to ensure that OEMs and Tier 1 suppliers, freight carriers, shippers and companies throughout the supply chain can all get at evaluating the benefits of autonomous trucks and bring that business to their customers.

Q: What do we need For this to be viable across the U.S.?

A: The impacts of the supply chain crisis and the lack of truck drivers is one of the bottlenecks standing in the way of job creation. We’re short 80,000 drivers now. That was a problem before the pandemic, but it’s projected to be even worse in the coming year because the average truck driver is in their 50s. There are a lot of types of trips and routes — long haul, city driving, local deliveries — so given the shortage, there’s plenty of room in the trucking ecosystem for autonomous trucks to be involved.

With that backdrop, policymakers and regulators really have to move past misconceptions about autonomous trucking and where it fits in with this ecosystem and understand that truck drivers and autonomous trucks can coexist, while together supporting the entire supply chain and the U.S. economy. From there, a federal framework for broad deployment will be helpful. Americans also need states to initiate rule-makings that permit testing and deployment for autonomous trucks.

Q: Would a federal framework for driverless trucks be easier to get across the finish line in Congress?

A: The Self-Driving Coalition, Congress and regulators at the U.S. Department of Transportation and other agencies, we all share the same goal: to significantly reduce the number of lives tragically lost every year on U.S. roads. This is a safety issue across the board, whether it’s passenger light-duty vehicles, medium- or heavy-duty trucks. It only makes sense that a federal framework for AVs has to encompass both trucks and passenger vehicles in order to even achieve the safety benefits that we want to see, not to mention many of the other benefits we know about as well.

Q: What about the safety of driverless trucks?

A: Trust is essential. It’s essential to making all of this work. Education and public engagement, which are the building blocks of trust, are critical components to AV deployment. So, No. 1, safety is the most important thing for autonomous trucks, which is why they undergo rigorous development and testing, whether that’s in computer simulation, on test tracks and with trained safety drivers on public roads who can take over if needed.

A: The key message is that the technology is being deployed right now and is having a positive impact on safety and efficiency. The industry is looking to expand that deployment to solve problems and grow the economy. The objective is to expand in the areas we’re currently in and find ways through public policy, regulatory engagement, public education and transparency to build that out further.