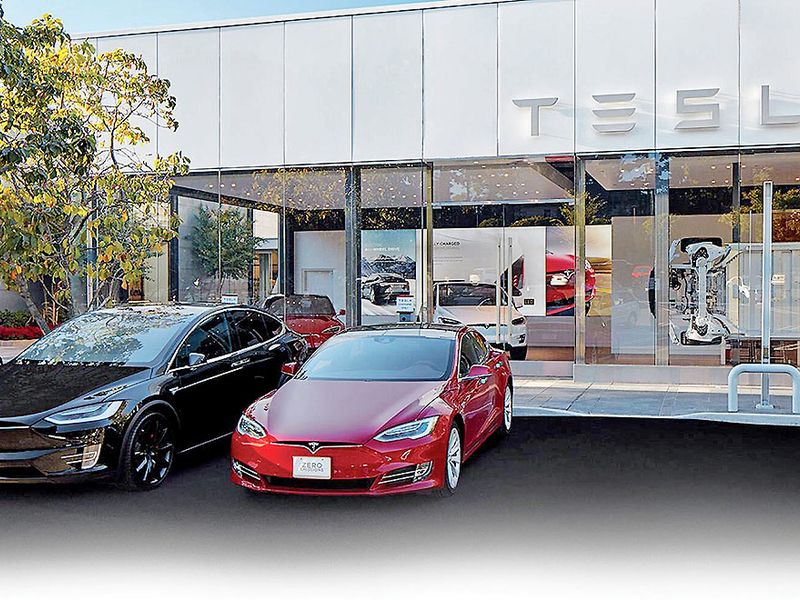 The U.S. luxury market, long a battleground where Mercedes-Benz, BMW and Lexus fought for every inch of terrain, is increasingly facing a challenge from Tesla, according to the latest new-vehicle registration data from Experian.

Through the end of October, Tesla’s Model Y crossover and Model 3 sedan were the two most popular vehicles offered by any premium brand, regardless of powertrain, the Experian data found.

But they’ve also become more popular than the best-selling nameplates offered by any premium brand, including gasoline-powered mainstays such as the Lexus RX, Mercedes-Benz C-Class and BMW 3 Series.

According to the Automotive News Research & Data Center, the RX was the second-best-selling vehicle by a premium brand in the U.S. in 2020, following the Model 3.

Experian’s registration data provides an accurate glimpse into Tesla’s performance in the U.S., since Tesla does not break down its quarterly sales by country.

The data reflects Tesla’s growing strength in the new-vehicle market. The manufacturer ranks No. 3 behind BMW and Lexus in the luxury-vehicle registrations race, and its vehicles accounted for 69 percent of all EVs sold through the first 10 months of the year.

So far, Tesla remains the brand that comes to mind for most people when they think of EVs, said Michelle Krebs, executive analyst at Cox Automotive.

But time will tell if Tesla can remain dominant in both the EV and luxury segments as other automakers come to market with electric vehicles — especially electric crossovers and SUVs that can compete with the Model Y, she said.

“When you looked at all the EVs in the beginning — and I’m convinced this is one of the reasons for the slow up-take of EVs — they were cars,” Krebs said. “Something like 65 percent of all buyers shop for SUVs.”

New electric crossovers competing with the Model Y include the Ford Mustang Mach-E and the Volkswagen ID4, which both rank among the five EVs with the most registrations this year.

Krebs said the Mustang Mach-E crossover, with 20,518 registrations through October, is performing particularly well for Ford as it looks to establish its presence in the EV market. In addition to the Mach-E, Ford plans on building the F-150 Lightning electric pickup and E-Transit electric cargo van.

“Ford is not focused on niche segments. It’s really going into the big, popular segments, and I think that’s a healthy strategy,” Krebs said.

Ford CEO Jim Farley told Automotive News last month that the automaker plans to become the world’s second-largest EV manufacturer behind Tesla, producing 600,000 electric vehicles annually within two years. The automaker last week said it stopped taking reservations for the Lightning, which were “approaching” 200,000 units in November, according to Farley.