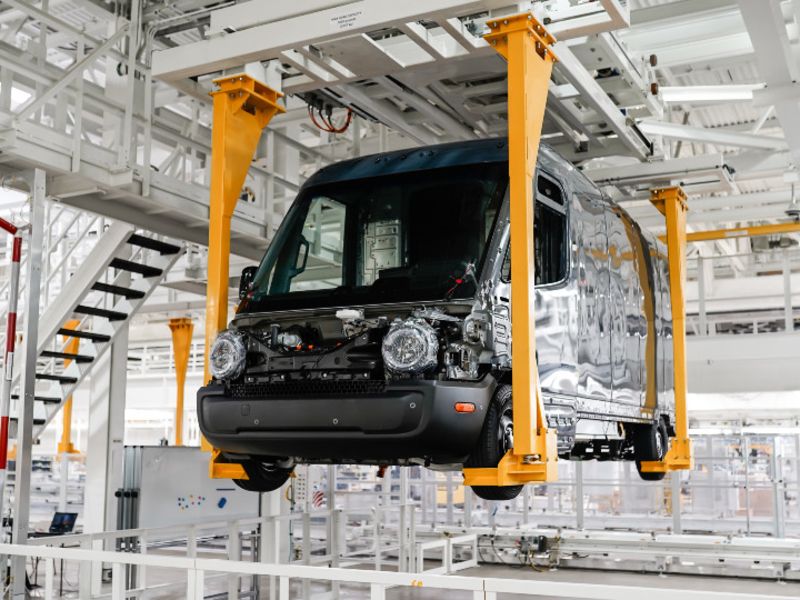 LONDON — The UK and the Netherlands are ramping up efforts to woo Rivian Automotive as the start-up company looks for a location for its first factory outside of the U.S.

Rivian said in a stock-market prospectus in October that it intends to begin sales in Europe in the near-term, targeting the pickup, SUV, and commercial van markets. The California-based company also said it plans to localize production and supply chains in Europe as well as in the Asia-Pacific region.

British Prime Minister Boris Johnson is offering Rivian a “bespoke incentives package” and will push aside the normally lengthy planning process to persuade the automaker to open a factory in the UK, Sky News reported.

Johnson has written to Rivian founder and CEO RJ Scaringe to suggest that the company builds the plant on the site of an old munitions plant near Bristol in England, Sky News said.

In the Netherlands, contract manufacturer VDL is offering to produce Rivian vehicles at its Nedcar plant in Born where it currently builds Minis for BMW, according to Dutch press reports. VDL executives have visited Rivian to lay out terms and have also offered to sell the plant to Rivian, reports said.

VDL will stop contract manufacturing for BMW in 2023 after the German automaker decided to move production of the Mini Countryman replacement from Nedcar to its plant in Leipzig, Germany. In 2019 Nedcar built 174,097 cars for BMW.

VDL told Automotive News Europe that it was “talking to various parties” to secure the long-term future of the plant after the BMW contract expires. The company did not disclose which companies it is talking to.

VDL signed an agreement with U.S. electric startup Canoo in June to Canoo’s minivan-based vehicles starting in 2022. However, Canoo indicated in a Nov. 30 filing to the U.S SEC financial regulatory authority that it “does not currently expect to reach a definitive framework agreement/contract manufacturing agreement with VDL Nedcar.”

Canoo previously paid $30.4 million to VDL in advance of manufacturing. VDL would not confirm the status of the partnership. “VDL Nedcar and Canoo are in discussion about the design of the cooperation. We will take the time needed for this,” a VDL spokesman said.

Rivian has started production of its Rivian R1T pickup in the U.S. in Normal, Illinois, in a plant it bought from Mitsubishi.

VDL is touting its location near major European industrial locations such as Cologne, Germany, and its work with electric commercial vehicles and battery-pack assembly as evidence of why it is a good choice for Rivian. “We are well positioned to produce electric passenger cars for third parties,” a spokesman said.

Rivian would be a good prize for either the UK or the Netherlands given its relatively incident-free ramp-up to production, successful IPO in November and investment from Amazon.

Amazon has ordered 100,000 of the company’s EDV electric vans, Rivian has said. Amazon owns a 20 percent stake in Rivian.

Rivian is also being courted by Serbia and another unnamed European country for the location of the planned European plant, the Financial Times reported.