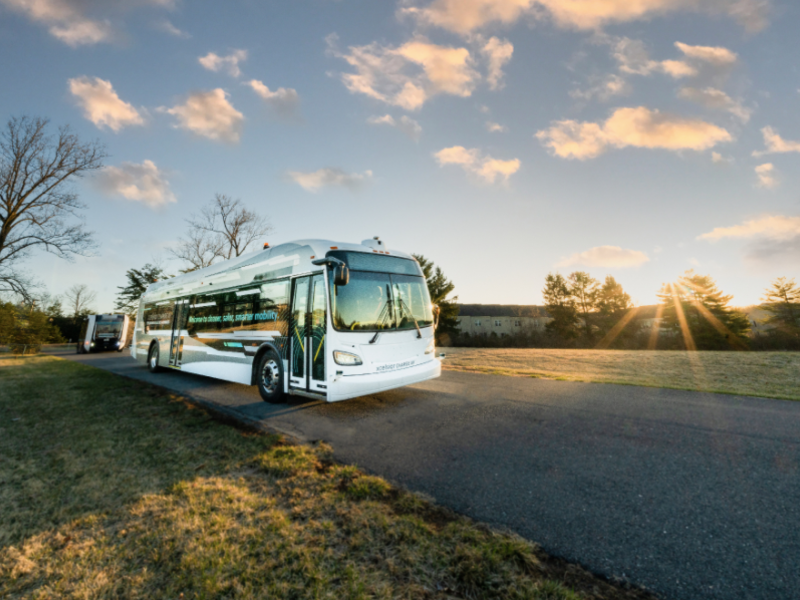 Self-driving tech company Robotic Research Inc. said Thursday it has raised $228 million in its first round of outside funding in the company’s nearly two-decade history.

The money comes from not just the regular crowd of venture capitalists. Luminar Technologies, the lidar company working with many of the world’s largest automakers, is among the investors.

Luminar has focused mostly on providing lidar for passenger vehicles. But it struck a partnership with Daimler Trucks in October 2020, marking a foray into trucking. Now Robotic Research, which makes automated-driving systems for trucks and public-transit vehicles, has selected Luminar to provide its long-range lidar.

It marks the first time Luminar has made an equity investment.

“This is the first one; I don’t know if it’s the last,” Luminar CFO Tom Fennimore told Automotive News. “I don’t know we’ll do a lot of it, but if we see an opportunity to do the right strategic investments and right equity investments to solidify those relationships, that will be an arrow in our quiver that we’ll use in a very disciplined way.”

Terms of Luminar’s investment were not disclosed. SoftBank Vision Fund 2 was the lead investor in the Series A round. Other participants include Enlightenment Capital, Crescent Cove Advisors and Henry Crown and Co.

Founded in 2002, Robotic Research has eschewed outside funding as it earned revenue from defense-related commercial deployments.

The Clarksburg, Md., company was the first provider of unmanned vehicles deployed by the Army, and first approved by the Department of Defense for autonomous operations near pedestrians.

It has recently signaled an eagerness to move more broadly into trucking and logistics as interest in autonomous trucking has mushroomed. Particularly as supply-chain bottlenecks erupted over the past year, other companies have sought help from Robotic Research in automating portions of their operations in truck yards and beyond. Fresh funding enables the company to expand into new verticals and industrialize its offerings, said Josh Araujo, the company’s CFO.

In discussions with prospective customers, “the question is, ‘How soon can we get vehicles running autonomously,'” Araujo said. “We’re looking to enter into contracts for active systems to run in commercial operations with companies that don’t really have a lot of appetite for tinkering around with a technology that isn’t ready.”

While Robotic Research has entered into a strategic agreement with Luminar on long-range lidar, there are not yet firm plans for a production program. But Fennimore says the two companies are going to likely be “doing a lot of business together,” and says they’re exploring ways to work together on both autonomy and supporting services.

Fennimore and Araujo worked together at investment banking company Jeffries prior to their current roles, and further said there’d been a long-standing relationship between the engineering teams at Robotic Research and Luminar.

With complementary technologies and a focus on the near term — Luminar’s lidars enter series production with Volvo Cars next year — it made sense to forge a partnership that can quickly capitalize on the interest in trucking. Robotic Research’s experience in rugged environments and with a deep library of edge cases both on-road and off-road made it all the more appealing.

“From an investment perspective, Robotic Research has been doing this for 20 years, and they’ve demonstrated success in bringing autonomy to tough conditions,” Fennimore said. “They have real revenue today. Not a lot of companies can say this, and they have shown they can do this in a profitable way.”