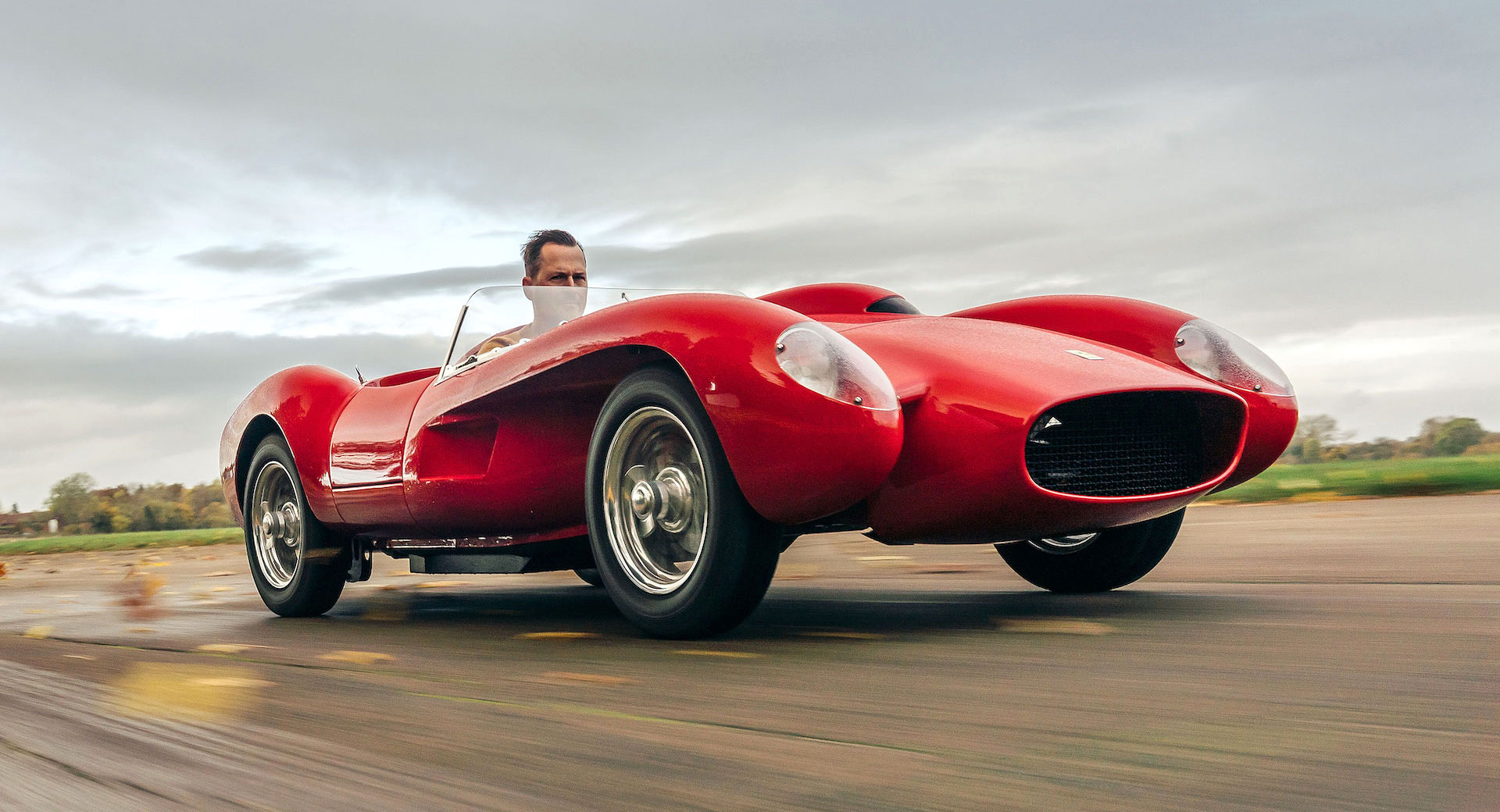 From terrible sneakers to cheap pens, Ferrari has put its name to plenty of dodgy ‘lifestyle’ products over the years, many of them undermining the luxury credibility of the brand.

But this gorgeous Testa Rossa J we’ve just driven isn’t one. It’s also not cheap. At €93,000 (about $105,000), this 70 percent scale ‘toy’ costs as much as a real luxury sports car, such as a Porsche 911. But on the flipside it’s also a hand built, fully drivable limited edition Ferrari for half the price of the next most affordable car in the range, the Portofino M.

Though a genuine Ferrari-branded product, and fully legally cleared to call itself that and wear a Ferrari badge, the Testa Rossa J is actually the work of the Little Car Company. They’re the guys in England who build beautifully engineered battery-powered scale replicas of legendary classic cars with the full backing of the the original manufacturers.

Related: A Road-Legal 45 MPH Ferrari EV for $110k? It Nearly Happened, Until It Didn’t 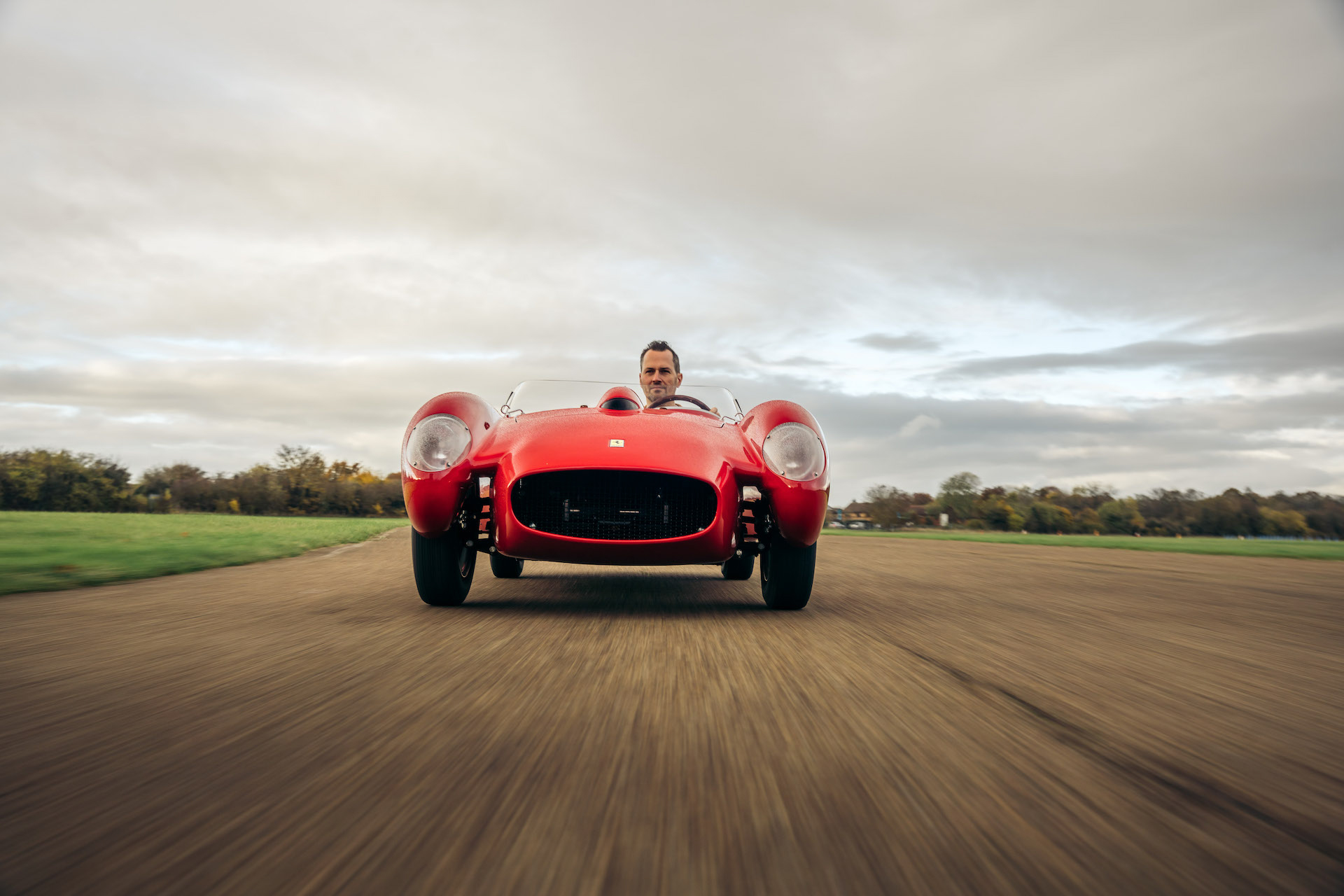 But the Testa Rossa J (J for junior) has to be the firm’s best car yet. The LCC pitched three models to Ferrari: the 330 P4, the 250 GT California Spyder and the 250 Testa Rossa. The Cali might have seemed the most likely choice, but Maranello opted to immortalize the Testa Rossa, which is arguably Ferrari’s most successful sports racing car, having notched up multiple World Championship wins and many high profile individual victories between 1957 and 1961, from the Targa Florio to the 12 Hours of Sebring.

Keeping the Testa Rossa competitive over such a long period meant evolving the car to hold off rivals like Aston Martin. So later versions had enclosed front fenders that improved high speed stability, but the shape everyone thinks of when they think of a 250 Testa Rossa is the early car with the “pontoon” arches designed by Scaglietti to aid brake cooling.

That’s what’s fitted to the Testa Rossa J, only miniaturized. Ferrari allowed the LCC access to the original blueprints for the 250 Testa Rossa so that everything from the bodywork to the chassis below it could be scaled down accurately. The LCC gives Baby Bugatti buyers the option of fibreglass, composite or aluminum bodywork, but Ferrari was adamant that only aluminum would do, so each body is crafted by hand in the UK, the glassy paint unfairly disguising the craftsmanship involved in invisibly stitching multiple sections of shaped metal together. 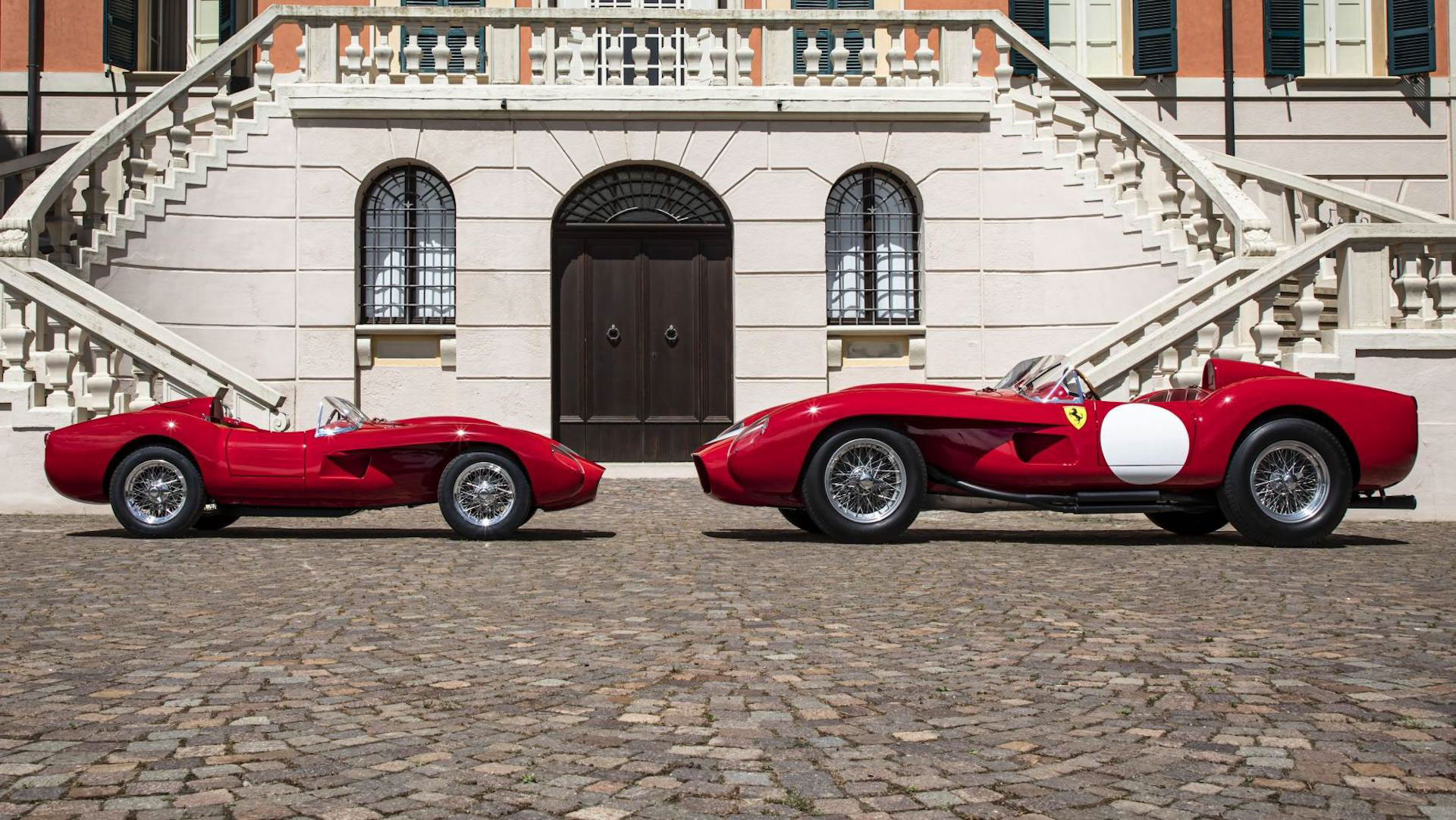 See a picture of the Testa Rossa J without a human or a real car in the same frame for context and there’s little to give the game away that this is a bonsai classic. But as soon as you get close the scale becomes apparent and you might wonder whether you can really fit inside it. Unless you’re an NBA star, you probably will, but anyone significantly over 6 ft might find their leg jammed uncomfortably between the chassis and the wood rimmed steering wheel.

Smaller than that 6 ft, and you’ll fit just fine, while the seat back, which is designed with asymmetric padding to accommodate an adult and a child side by side, can be flipped over so that kids can reach the wheel and dad can ride shotgun. That wheel is a genuine Nardi item, by the way, and you can choose to upgrade the stock chrome wires to genuine Borranis, just like you got on a real vintage Ferraris. The pedals? They’re from a 488. And if the dashboard instruments aren’t real old Ferrari clocks, they at least look the part.

Related: Would You Pay $20k For The World’s Rustiest (And Engine-less) Ferrari?

Next to them is something that sticks with the Ferrari theme, but brings it forward 40 years. A manettino drive mode dial (the toggle doubles as the key) lets you choose from four different power levels, depending on who’s driving. So you might restrict really young kids to the 1 kW Wet mode, and allow older children to move up to Comfort and 4 kW. The real fun starts at Sport, which unleashes 10 kW, and peaks with Race mode’s 12 kW output. That should give a top speed of around 50 mph (80 km/h), though sadly it was off limits for our test drive.

Snappy Acceleration, But No V12 Music

Still, even with just 10 kW available the TR steps off the line smartly, the skinny 125-section tires hooking up cleanly and the faint whine of electric motor mixing in with the sound of the wind whipping around your ears as you charge towards a 45 mph-ish (72 km/h) top speed. Ferrari did find an owner willing to have the sound of his original V12 Testa Rossa recorded, but both Ferrari and the LCC ultimately decided it was better to be honest than add noise, do a bad job, and end up with an expensive car that sounded like a cheap toy.

It certainly doesn’t drive like a cheap toy though. The short travel suspension and tiny 12-inch Pirelli tires (as fitted to a 1960s Fiat 500) struggle to soak up really tough lumps in our ancient airfield test track, but the unassisted steering is smooth, precise and communicative, and there’s little body roll evident when we fling it through the left-rights of the airfield perimeter road taking us back to the main straight for another lap. I’ve driven full-size so-called sports cars that don’t handle this well.

Also: Which Classic Ferrari Should Inspire Maranello’s Next Icona Model? 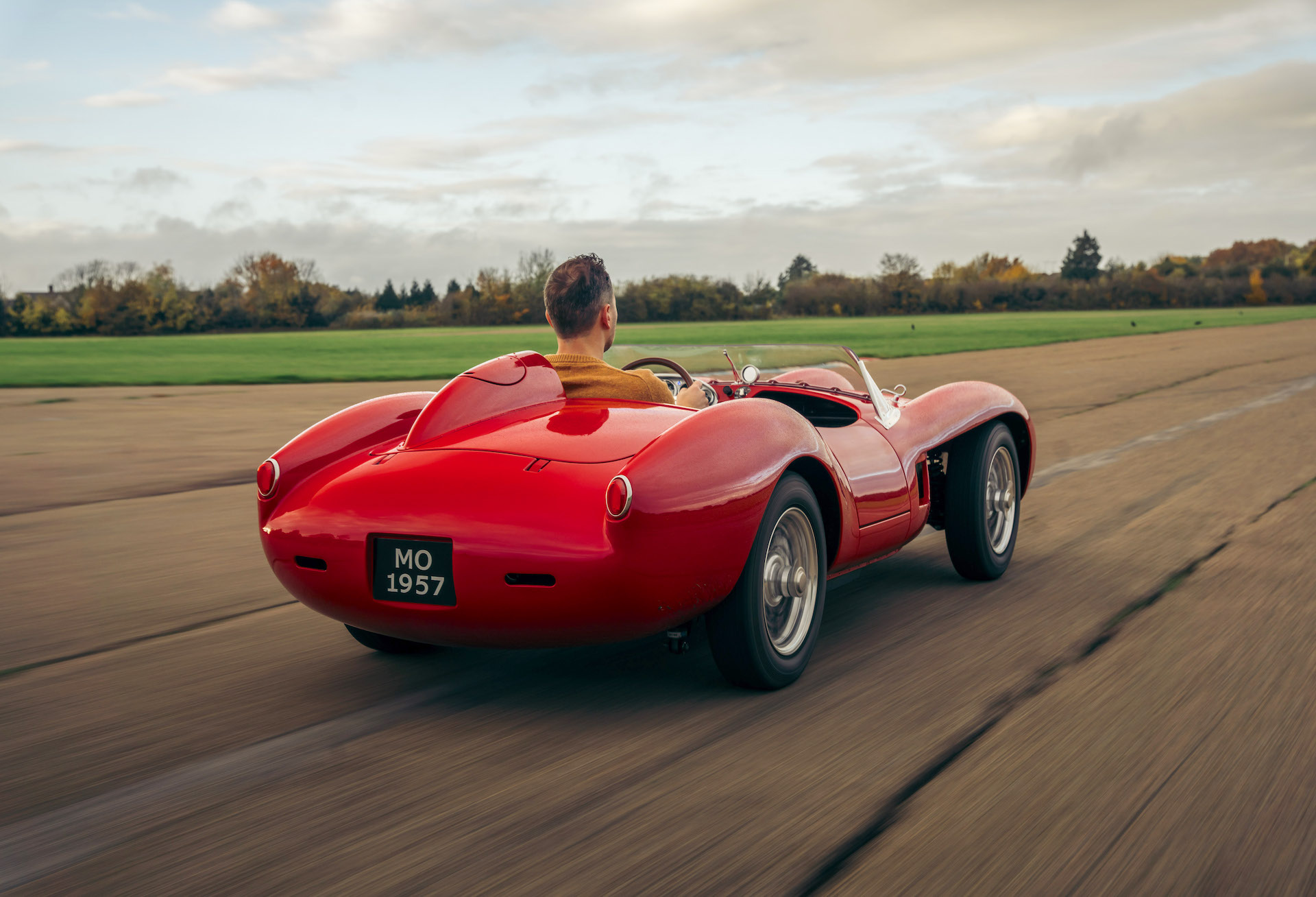 Push really hard on a tight bend and the front washes wide, while backing out of the throttle edges the rear axle out a little. But it doesn’t feel like a natural slider. LCC CEO Ben Hedley says the little Aston DB5 Junior is a more of a drift machine, while the Testa Rossa is setup to keep things neat and tidy so that the fun comes from nailing that apex and slicing tenths on your way down to the mailbox every morning.

Most buyers will find it has enough power, but the chassis is so good it’s hard not wonder what it might be like with double the muscle, and you’d certainly want more poke if you were planning on driving it on the road. While Ferrari decided not to take up Hedley’s offer to give buyers a road legal option using quadricycle rules, you can bet that at least one will end of being converted after delivery.

Expensive? These Things Are Relative

Most of the 299 Testa Rossas, though, will be bought to cruise around private estates and/or just to fill up a small space in the garage between real Ferraris, potentially including original full-size Testa Rossas, which can change hands for up to $40 million. And to people with that kind of money, the idea of spending $100k on a 50 mph golf kart that looks like a classic car probably doesn’t seem that crazy. Well, they certainly won’t be disappointed with the quality or the driving experience. 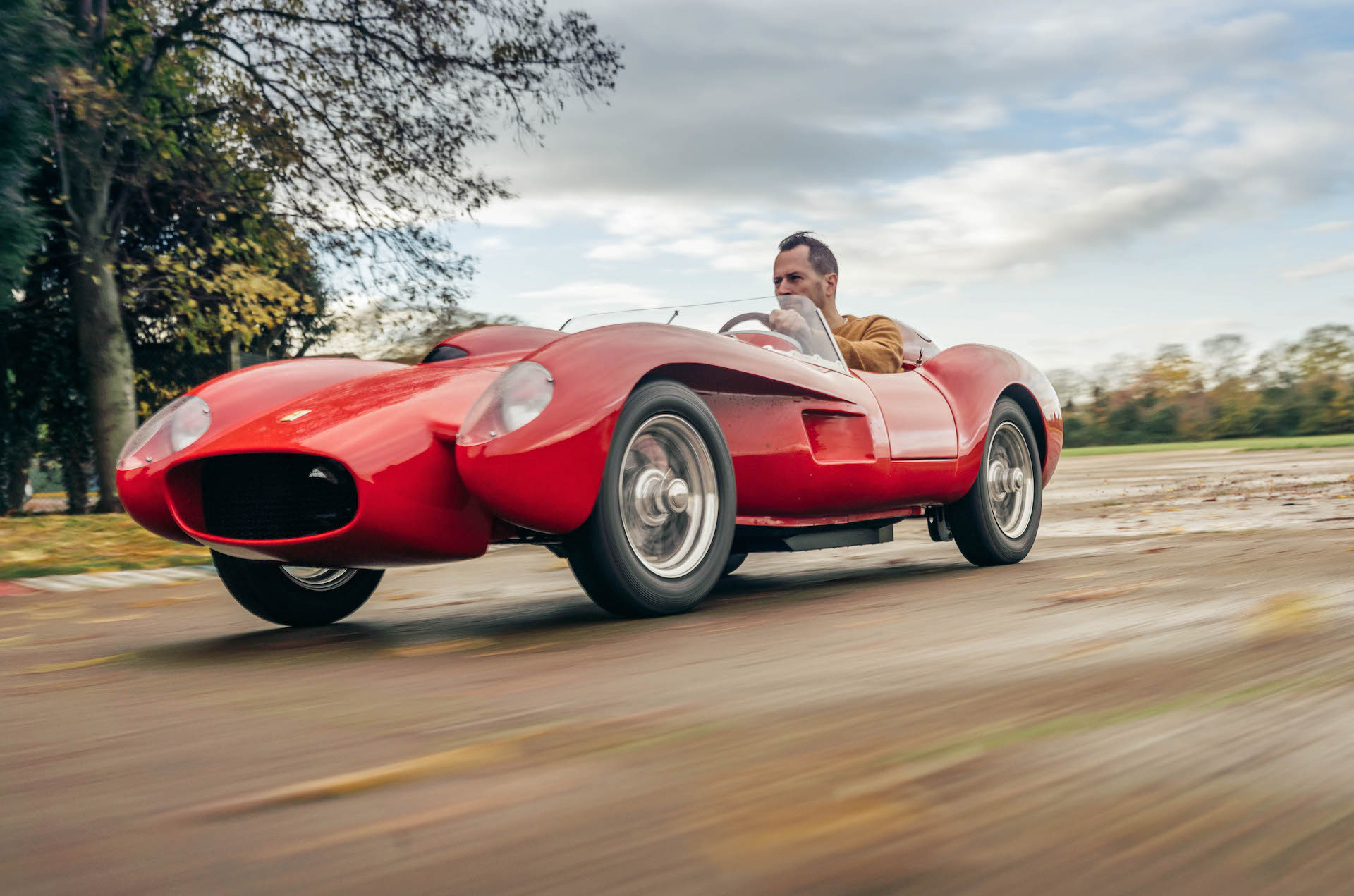 Ferrari itself appears to be equally happy. The only request Maranello made when Hedley showed it the finished car was that he remove the Little Car Company badges from under the bonnet, and while neither party has officially confirmed plans for the future, Hedley hints that this won’t be the last time the two will collaborate. We can expect more on the Bugatti front, too, while other OEMs are queueing up to work with the rapidly growing LCC team, which has already had to acquire a second industrial unit.

So what do you think LCC should build next? A Porsche 356 Speedster or 550 Spyder, a Blower Bentley, a ’59 Cadillac or maybe a Mercedes 300 SL Roadster? Leave a comment and let us know.