An allegedly new Lotus Exige Sport 410 has been badly damaged after a rather bizarre crash in Australia.

A single image of the crash was shared to Reddit. It shows the black Evora now resting underneath a Ford Transit van parked next to a racetrack.

When looking at the photo for the first time, you could be excused for thinking that the individual driving the Ford veered off the road and slammed into the front of the Lotus. However, if you look a little closer, you will notice that it actually appears as if it was the Lotus that hit the van.

Directly behind the rear wheels of the Lotus are skid marks, indicating that the driver of it might have lost control and plowed into the front of the parked Ford.

That’s what the original poster, “Mynutsaremusical” (…chuckle away, get it out of your system), who received the image from one of his buddies, claims too in a comment after speaking to him:

“So, it was the Lotus at fault. Poor guy slipped while leaving the pit. Whats worse…the car was brand new, just bought and this was its first official outing. and because its a race track, I don’t imagine insurance will cover much here.”

The image doesn’t provide us a look at the front of the Lotus but some pieces of bodywork can be seen strewn across the pavement. It seems inevitable that the front bumper of the Lotus has been crushed as has its hood. The windshield has also probably been shattered and it looks as though some serious damage has been done to the roof and in all likelihood, the damage will be enough for the car to be declared a write-off by its insurer. 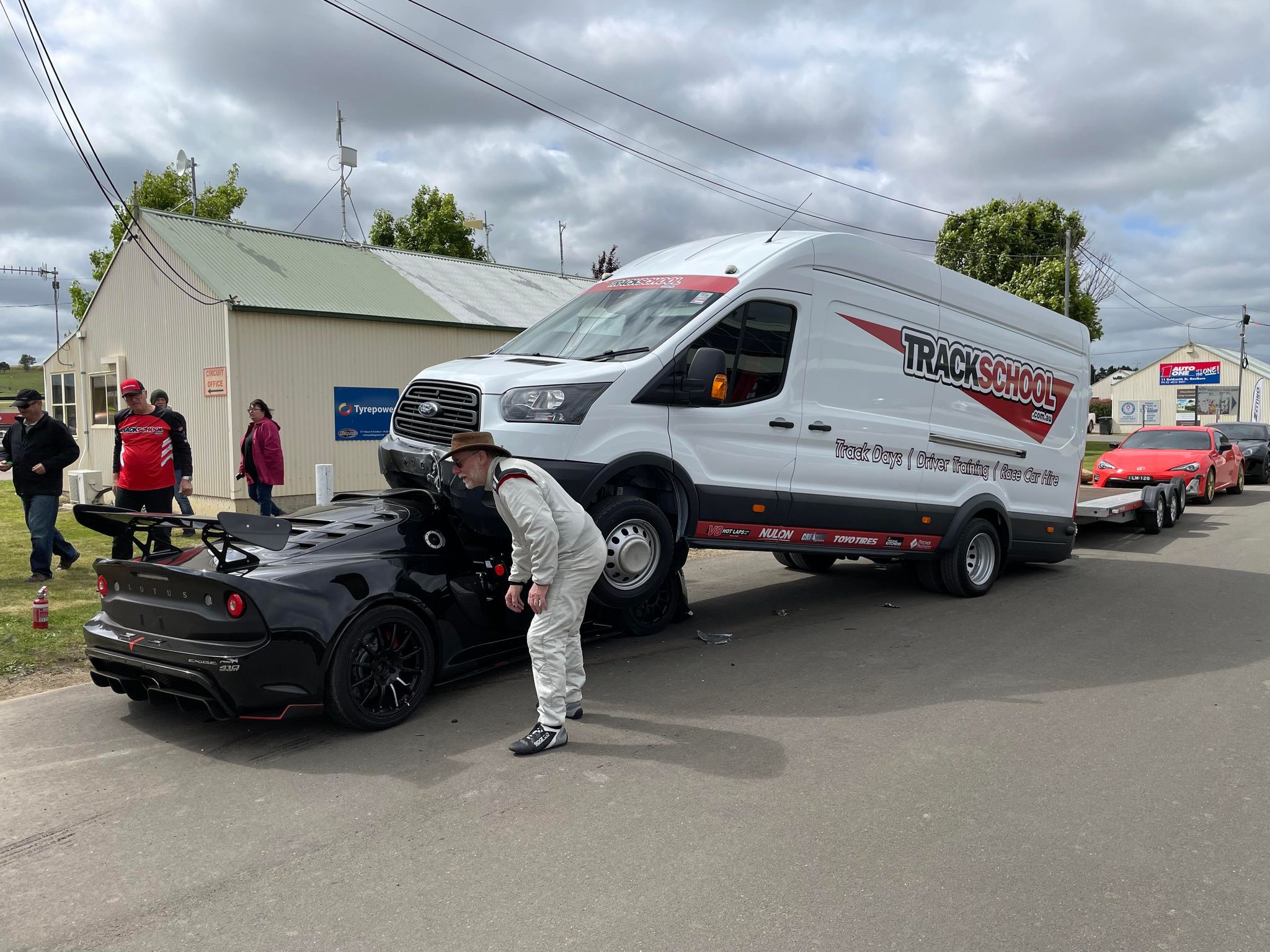