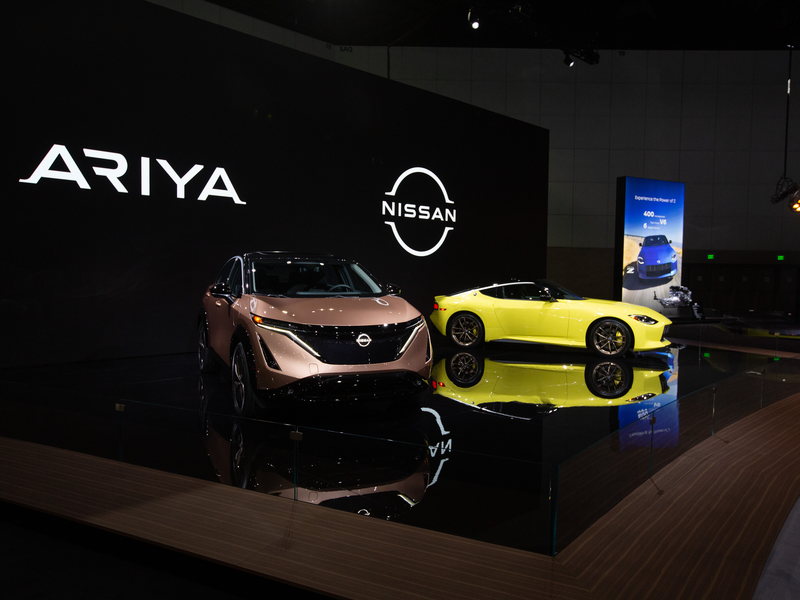 Nissan Motor Co. will advertise in the Super Bowl for the first time since 2015 with an ad starring Brie Larson. The 60-second spot will plug the automaker’s forthcoming electric Ariya crossover, as well as the 2023 Nissan Z sports car, Nissan confirmed to Ad Age, an affiliate of Automotive News.

Previous to the 2015 game, Nissan had not made a Super Bowl appearance since 1997.

“Super Bowl isn’t something that we always do like some of the other brands, but it is something we felt was important for this year,” said Allyson Witherspoon, chief marketing officer for Nissan U.S. “We have one of the freshest lineups in the industry and so we want to make sure we have an opportunity on a platform such as Super Bowl to show what we have been up to as a brand. … We want to communicate that Nissan is back in a really thrilling way.”

The ad from TBWA/Chiat/Day is called “Thrill Ride.” It will be more lighthearted than serious, she suggested. “It’s going to entertain you, it’s going to make you smile,” she said, without revealing other creative details.

The director is Craig Gillespie, whose movie credits include “I, Tonya” and “Cruella.”

Automotive is traditionally one of the largest Super Bowl-spending sectors, but COVID has forced auto brands to reconsider marketing investment priorities. For the  2021 game, only three automakers bought ads — General Motors, Toyota and Jeep owner Stellantis — as regulars such as Hyundai, Audi and Kia remained on the sidelines. In recent months the industry has been challenged by microchip shortages that have severely cut into supply, forcing many brands to reduce ad spend, especially for “buy-now” sales event ads.

Ford Motor Co. CMO Suzy Deering alluded to the inventory shortage as one reason Ford won’t buy a 2022 Super Bowl ad this year. “For us, it was really about being smart with our dollars,” she said during an interview at last week’s Ad Age Next: CMO conference while mentioning the automaker’s heavy investment in regular-season NFL games.

Nissan, like other brands, has cut its retail spending, Witherspoon said, but has kept its higher-level brand marketing consistent. “We still feel like the Super Bowl is a very smart brand investment for Nissan,” she said.

Nissan’s inclusion of its electric Ariya crossover in the upcoming ad is further proof of EVs consuming more marketing dollars as automakers seek to spur demand for battery-powered cars as they pledge major investments in EVs in the years to come. The Ariya won’t go on sale until November 2022. But Nissan began taking reservations last month for the vehicle, which has a starting price tag of more than $45,000.

Nissan has been using Larson in ads since March 2020, when the actress appeared in a commercial called “Refuse to Compromise” that featured her counseling a woman against compromising in her career plans while also pitching the Nissan Sentra as not making compromises. More recently she has pitched the “new Nissan” by plugging its lineup as restoring the thrill to driving. “She really is helping us to define and really communicate about Nissan as a brand and we could not think about doing Super Bowl without her,” Witherspoon said.

The Super Bowl ad is slated to be shot this month in Los Angeles.