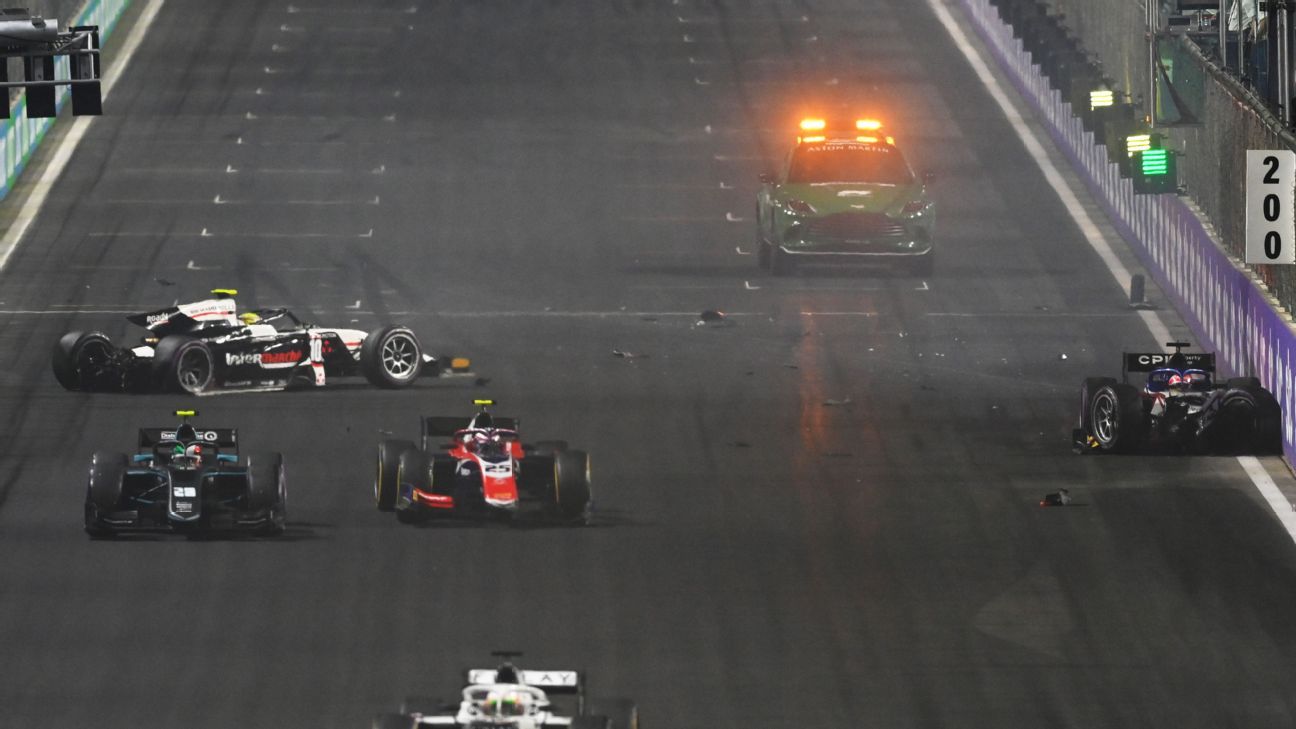 Enzo Fittipaldi suffered a fractured heel in the crash at the start of Sunday’s Formula 2 race ahead of the Saudi Arabian Grand Prix.

Fittipaldi, grandson of two-time Formula One champion Emerson, drove into the back of Theo Pourchaire’s car, which had stalled on the grid.

Both drivers were immediately attended to by medical staff and were conscious when extricated from their cars. They were then taken by ambulance and helicopter to King Fahad Armed Forces Hospital in Jeddah.

“Hey everyone thanks for all the messages,” he wrote. “Enzo is awake/alert and resting at the hospital. He has a fracture in his right heel but thankfully things are much better than what we all expected.

“Thank you to the FIA, the team and all the medical staff here in Saudi Arabia.”

French teenager Pourchaire tweeted on Sunday night that he was “globally fine,” adding: “For the moment I don’t know if it’s already the end of the season for me.

“But the most important is not that, that was a really big one and Enzo is injured. I wish him the best recovery possible”.