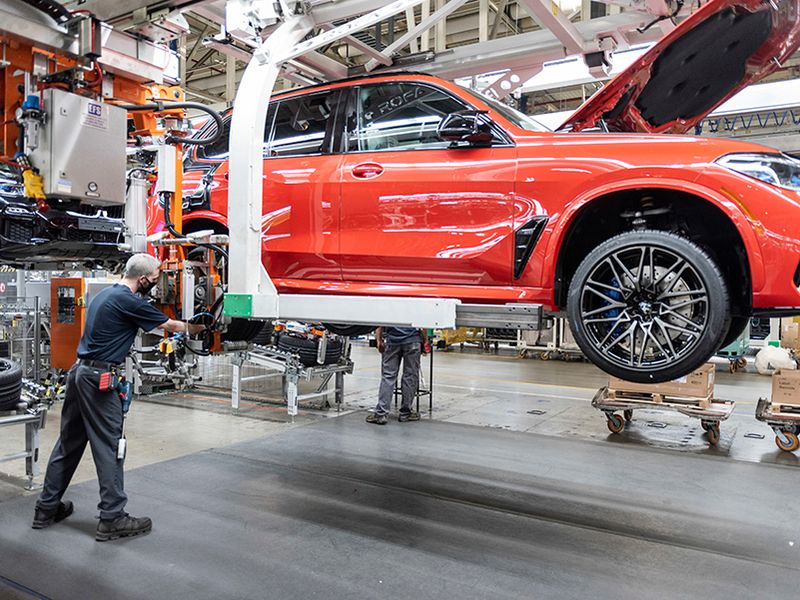 BIRMINGHAM, Ala. — Not so many years ago, the Southeastern U.S. was largely off the map of the North American auto industry. But over the past three decades, states in that region have attracted — and continue to attract — billions in auto manufacturing and supply chain project investments. At a gathering of the multistate Southern Automotive Conference here, Alabama Gov. Kay Ivey, 77, Mississippi Gov. Tate Reeves, 47, and South Carolina Gov. Henry McMaster, 74, sat together to talk about the growth of the industry in the South, with News Editor Lindsay Chappell moderating their discussion. These are edited excerpts.

Q: Each of your states has been enormously successful in attracting auto industry investment where none used to be. What made that happen?

A: Ivey: We in Alabama are proud of our work. We’re a right-to-work state, and our people want to work and provide for their families. In Alabama, we customize incentive packages resources. We have a work force that operates in a business-friendly environment.

Reeves: The thing that makes Mississippi unique in this space is without question our people. Our people show up. They want to learn. They, if they need to become better skilled at a particular task, they’re more than willing to do so.

But also we operate in a very business-friendly environment. When you are looking at investing, in many cases, billions of dollars of capital, for instance, the permitting process is incredibly important. We’ve worked very hard in our state to make sure that our Department of Environmental Quality recognizes that they have a job to do. Mississippi has the fourth- fastest permitting process in the entire United States. Now, Alabama has the first, and South Carolina has the second. So we’ve got more work to do.

How about for South Carolina?

McMaster: The main thing is the people. That’s what all these businesses — big ones looking to invest hundreds of millions of dollars from all over the world — tell us. The chairman of BMW just a couple of years ago said South Carolina’s a handshake state. He said when people in South Carolina give you their word and shake your hand, you can count on it. He said that a handshake is more important than a contract. I think together with the weather, with the right-to-work attitude — not only laws, but the attitude — that makes our part of the country very, very attractive to people.

What will allow your states to continue supporting auto industry growth 10 or 20 years from now?

McMaster: We have a great technical college system that began back in the ’60s. Right now, we’re really dependent on it. We have 16 of them in our state of 5.2 million people, and we tailor the classes. [Students] can get certificates, and we’re now providing scholarships and all sorts of certificates for various types of proof of educational attainment in a technical college system.

Higher education has taken on a much, much greater role. It used to be sort of a trade school attitude, but that’s changed now with the technology. A lot of people have quit work, you know, for one reason or another, and we’re trying to train and retrain them, and offering scholarships and incentives for people to come get that training.

The industry has matured, and we’re learning that we have to be more and more educated and trained.

Gov. Ivey, what will keep automotive investments coming to Alabama?

Ivey: We’ll be proud to have a growing economy in Alabama in a very positive business climate that invites businesses to come to our state. [One] thing that we do is go after powerhouses like Mercedes- Benz, and they bring in a lot of subordinate companies who also bring in people and grow our economy.

And another thing we do is we target [training]. Our goal is to get 500,000 credentialed workers in our state by the year 2026, and we’re well on our way to doing that. We are devoted to growing our work force and keeping it on the cutting edge of going forward.

There has been a dire shortage of qualified workers in the auto industry as factories come back from the past two years and look to expand. What can your states do, as your auto sectors grow, to enlarge the funnel of workers? Do each of your states need to try to grow your populations?

Reeves: Well, the answer is yes. In Mississippi, we’ve got several initiatives that we are undertaking. Our labor pool for the future is going to come from those who are currently working, but working in lower-skill positions.

So training and retraining those individuals to take the jobs in the more advanced manufacturing space, that’s one area where we’re going to see employment growth.

The second area is going to come from those individuals that are currently not in the work force. One of the challenges we have is we’ve got a work force participation rate that is too low, and we’ve got to get some of those individuals that are not currently in the work force into the work force.
And then finally, when you create a great economic environment and there are great jobs available, people are going to move into your state. From 2013 to 2019, I’m sad to say, in every one of those six years, we actually had population declines in Mississippi.

We have since turned that around — 2020 was the first year in the last eight years that we’ve seen population growth.

I think that’s critically important because I want to grow [gross domestic product] to 4 to 5 percent a year over the next four to five years. And to do that, we need 1 or 2 percent population growth. So yes, I think population growth, population movement from other parts of the country into the Southeast, is going to help tremendously.

Is it also a concern in Alabama? Will the state try to interest people from around the country to come bring their family and live there?

Ivey: We’ll go after them and invite them to come work here. They’ll have to decide about bringing a family.