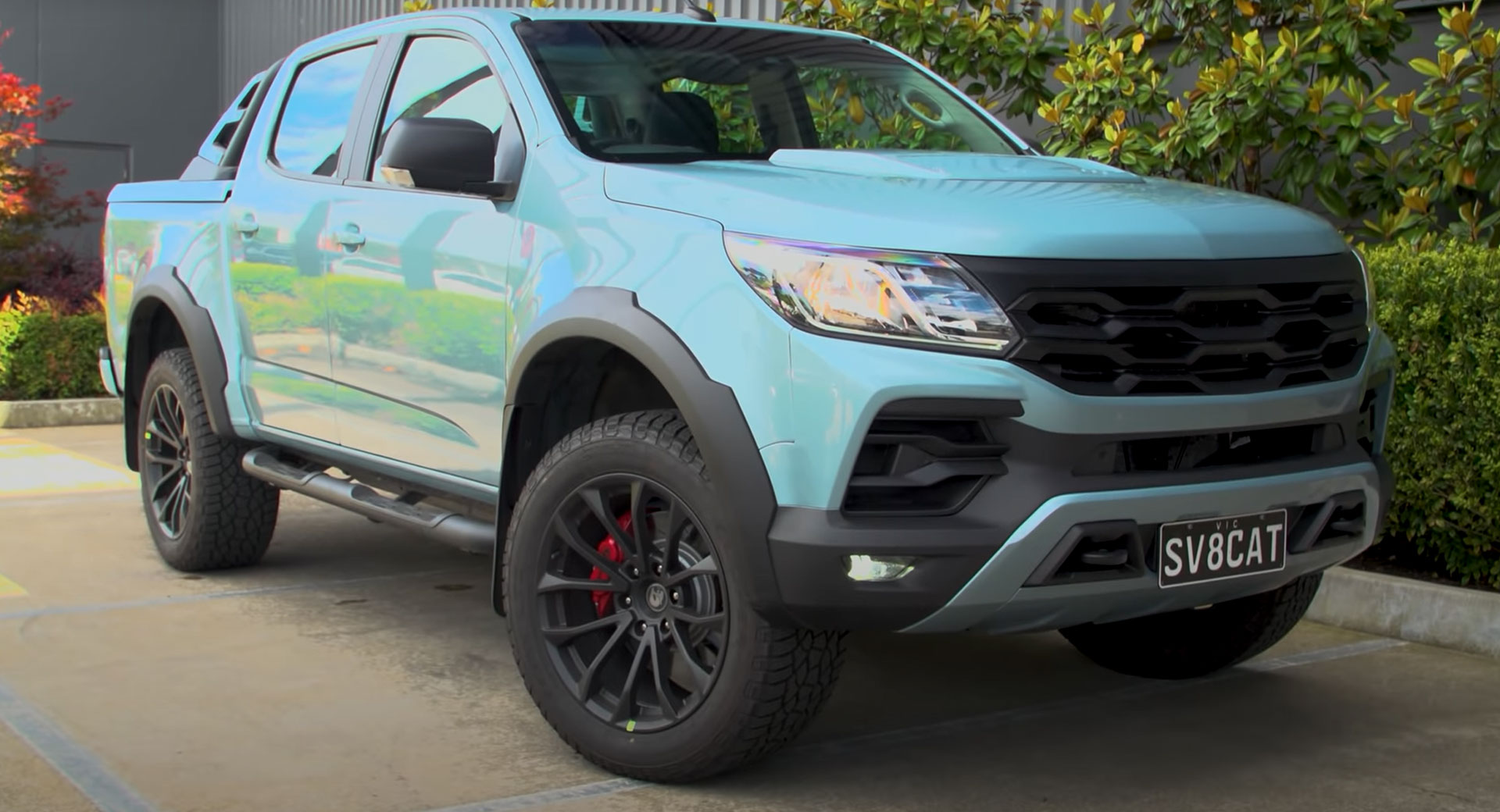 General Motors doesn’t currently offer a rival to the Ford Ranger Raptor but had things gone a little differently for Holden, a Camaro-powered Colorado would have hit the market.

Holden Special Vehicles began tinkering with the Colorado in 2017 after Holden was preparing to end Australian manufacturing. They ended up building two high-powered V8 prototypes, one that was designed for the Australian market and the other a North American-spec Colorado ZR2. The prototypes were fitted with the 6.2-liter V8s and 10-speed automatic gearboxes that HSV pulled from two Chevy Camaros used in local side-impact crash tests.

Drive recently had the opportunity to put the Aussie-spec vehicle to the test and discovered just how close the truck came to hitting the market.

While readying the V8-powered Colorado for production, HSV received the green light for its Ranger Raptor rival to be built at GM’s factory in Thailand. In Australia, it could have been known as the ThunderCat but just a few months before production was set to begin, General Motors decided to kill off the Holden brand entirely. With that, development of the V8 Colorado stopped.

While testing the pickup, the Aussie publication set a GPS-verified 0-100 km/h (0-62 mph) time of 5.5 seconds, roughly four-seconds quicker than a Ford Ranger Raptor to the same mark. HSV engineers also equipped this prototype with upgraded four-piston AP Racing brake calipers up front to help bring it to a stop.