For whatever reason, some people find parking lots extremely difficult to navigate and it appears the driver of this Ford F-250 Super Duty is one of those people.

These images that were recently shared to the Facebook page of C8 Corvette Owners (And Friends) were snapped at a parking lot somewhere in the U.S. It perfectly demonstrates what can go wrong if you don’t pay attention while parking as the Ford is now sitting on a Chevrolet C8 Corvette.

It’s hard to know exactly what happened here but we suspect the driver of the F-250 Super Duty was either trying to reverse into the parking space or was pulling out from it. Regardless of the explanation, the driver clearly misjudged things and drove over the driver’s side front corner of the Corvette, not stopping until the front of the Chevy was resting between the truck’s axles. 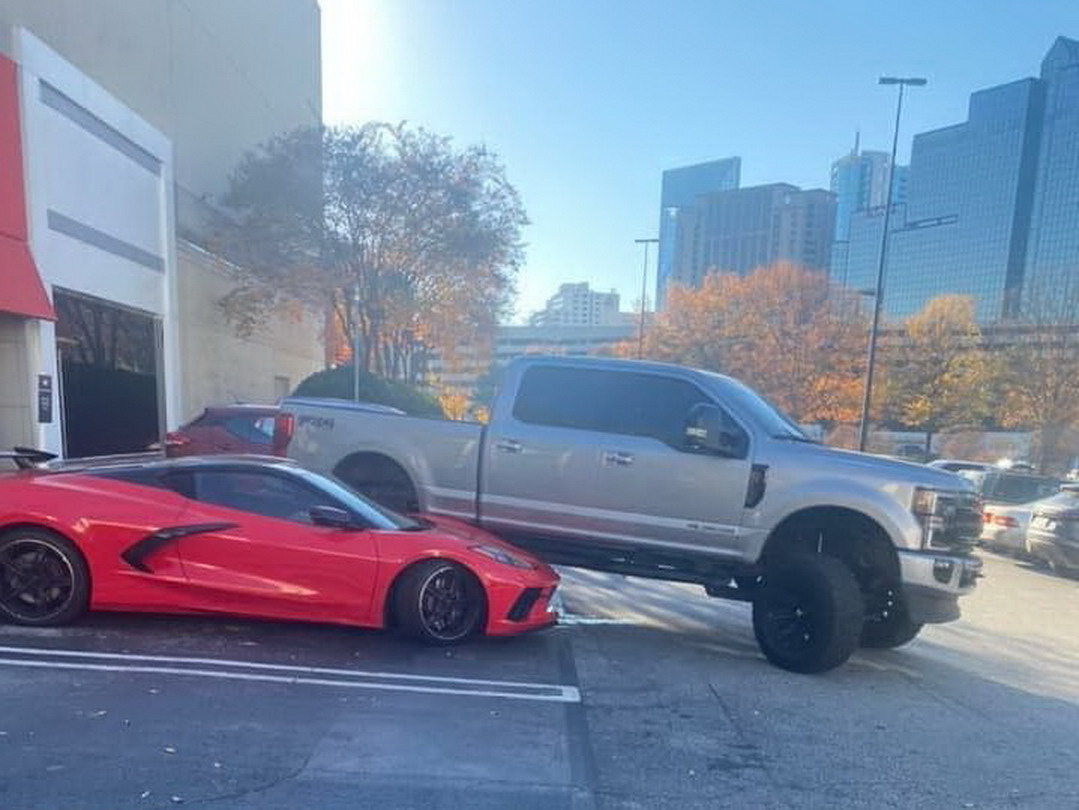 A Ford Explorer police vehicle attended the scene and the officers probably weren’t very impressed with what they found.

If the incident was indeed the fault of the Ford driver, it’s fortunate that they stuck around for the authorities to arrive, although their insurance company won’t be too pleased about the whole incident. We hope the damage sustained to the ‘Vette is only visual and that no damage was done to any key mechanical parts, such as the suspension. 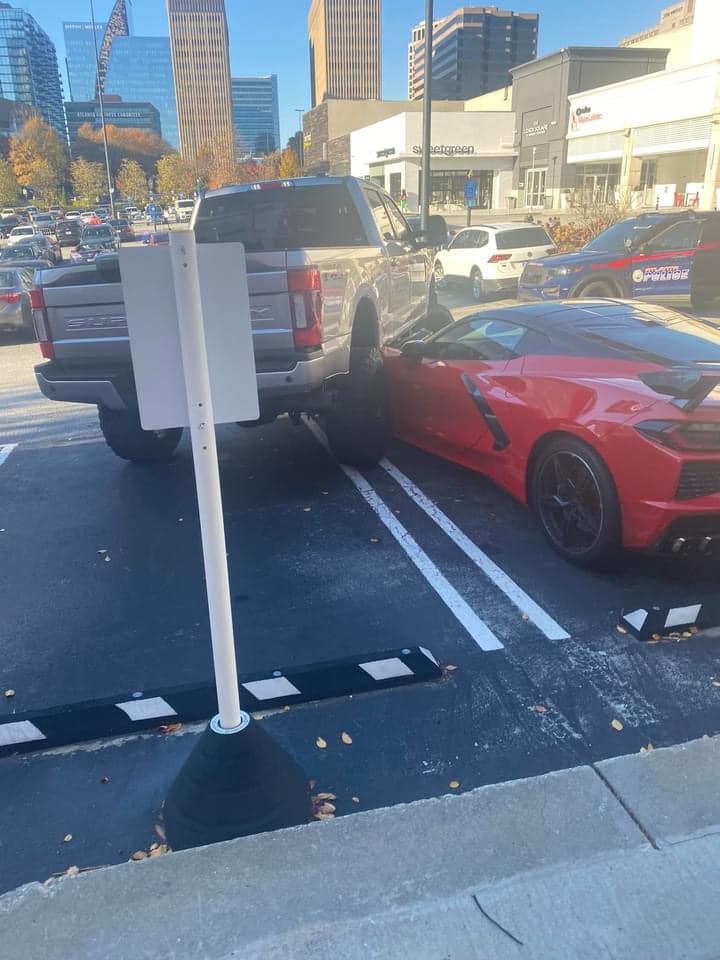