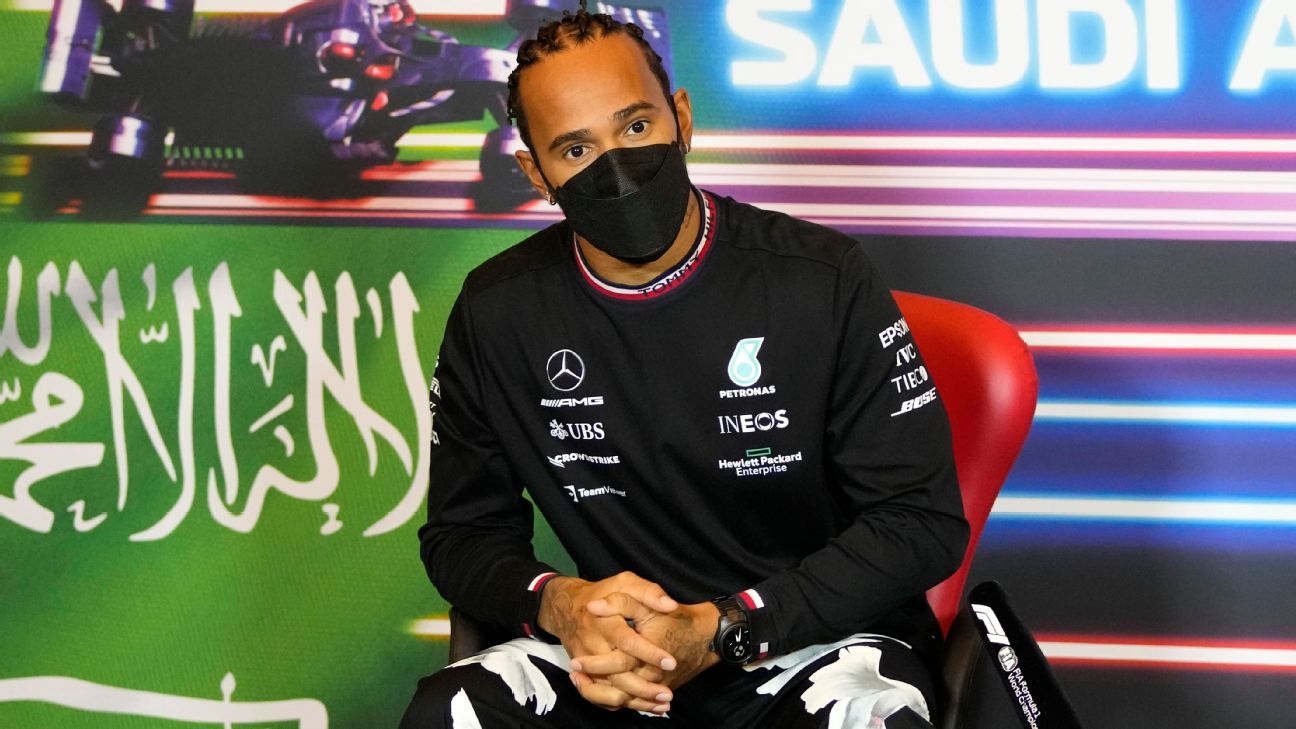 Seven-time world champion Lewis Hamilton said he wants to do everything in his power to be a force for positive change in Saudi Arabia ahead of the country’s first race.

Hamilton will wear Pride colours on his race helmet for the second race in a row this weekend, having done so at the Qatar Grand Prix. A Jeddah street circuit hosts Saudi’s debut F1 race on Dec. 5.

Hamilton, who is eight points behind championship leader Max Verstappen at the penultimate race, said on Thursday he feels uncomfortable racing in the country.

Speaking ahead of the weekend’s race, Hamilton said he knows the impact he can have on an entire country is minimal, but added it is important to raise awareness wherever possible.

“Maybe kids back home in England will be studying it more at school and learning more about inclusivity.”

Hamilton said he wants to create some conversations the race promoters might otherwise have wanted to avoid.

“I believe everyone should have equal rights, freedom of speech, freedom of movement. And there’s places where that’s not allowed. Places such as here where the LGBT community, there’s prison time, the death penalty and restrictions for people being themselves. And I don’t believe in that.

“Spark the conversation. Creating that uncomfortable discussion that is needed in those places.”

Hamilton needs to avoid an 18-point swing in Verstappen’s favour in Jeddah to ensure the championship fight goes to the final round, the Abu Dhabi Grand Prix on Dec. 12.