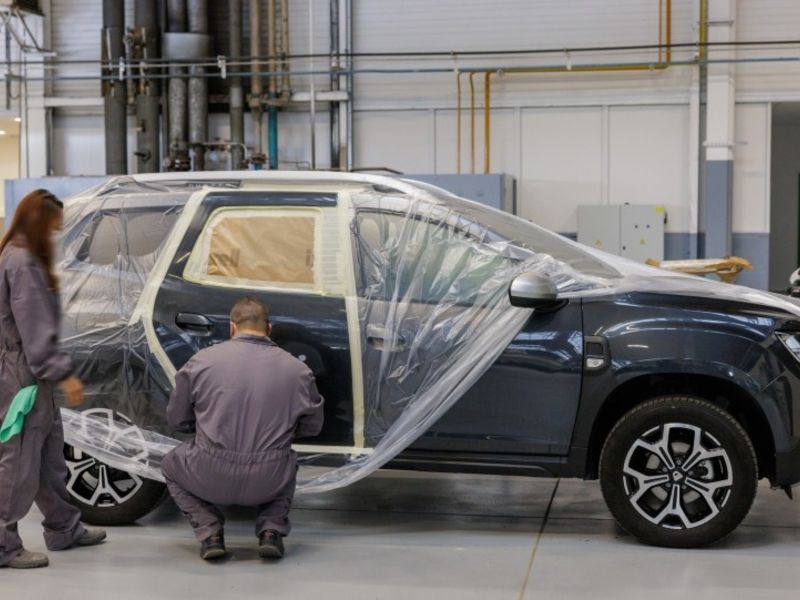 FLINS, France – Renault is replacing auto production at this once-bustling factory outside Paris with a range of recycling and reconditioning activities that could generate an extra 1 billion euros ($1.13 billion) a year by 2030.

“These activities will generate 200 million (euros) in turnover from 2025,” Renault Group CEO Luca De Meo told reporters on Tuesday here in Flins, near Paris, as he toured a section of the 600-acre site with Renault Chairman Jean-Dominique Senard and other executives.

A fully-digital reconditioning program has cut the time to prepare a used car for resale to eight days from 21, Renault said.

The reinvention of the Flins factory, which will continue to assemble the electric Renault Zoe until 2024 and the internal-combustion Nissan Micra until 2023, was one of the core elements of Renault’s 2020 restructuring plan, with which the French carmaker aims to hike profitability.

The “Refactory” model, as Renault calls it, will also be applied to a transmission plant in Seville, Spain. De Meo said he was open to the idea of more Refactories in the future.

Renault is aiming to cut more than 2 billion in costs by 2023, and as part of that is reducing its global production capacity by 20 percent.

Founded in 1952, Flins built many of Renault’s most-popular models, including the Dauphine, Renault 4, Renault 5 and Supercinq, the Twingo and the Clio.

But most of the factory’s production of small cars has moved out of France to countries with lower wages – Turkey, Slovenia and Morocco. At one point in the 1960s it employed more than 11,000 workers; current staffing level is about 2,400.

Initially about 700 workers will be involved in “Refactory” activities, with that level rising to 3,000 by 2030, De Meo and Senard said Tuesday

“We’re transforming Flins into one of the biggest sites of the ‘circular economy’ in Europe,” De Meo said.