While the Cybertruck’s launch has been pushed back until sometime next year, those hankering after a mishmash of sharp angles had the opportunity to avail themselves of a  much smaller — and cheaper — substitute.

Elon Musk invited his 65 million followers on Twitter to “Blow the whistle on Tesla!” with a new $50 “cyberwhistle” that’s already sold out on Tesla’s site. Never one to miss an opportunity for a sneaky dig, in a tweet that followed, Musk recommended his followers to not waste their money on “that silly Apple Cloth,” a reference to a $19 microfiber polishing cloth from Apple that sold out within hours.

Just like the aforementioned cloth, the popularity of the Cyberwhistle soon saw demand outstrip supply. Not only did it quickly sell out, but some opportunistic resellers had already listed the trinket on eBay with most asking in the $150-$300 range, but some are going as high as $2,250.

The crazier part is that we found dozens of Cyberwhistles having actually sold for over $200 on eBay. Talk about getting high.

Don’t waste your money on that silly Apple Cloth, buy our whistle instead!

While even $50 is unquestionably a lot to ask for a whistle, Tesla says that this “premium collectible” is made from medical-grade stainless steel with a polished finish. It also comes with an “integrated attachment feature for added versatility,” which surely has to be the most roundabout way of saying it can be attached to a lanyard.

While the whistle is an amusing addition to Tesla’s line of limited-edition novelty items — which includes a $1,500 surfboard that sold out just as quick — the whole “whistleblowing” gag is a humorous spin on what appears to be a very real problem for the American EV maker. 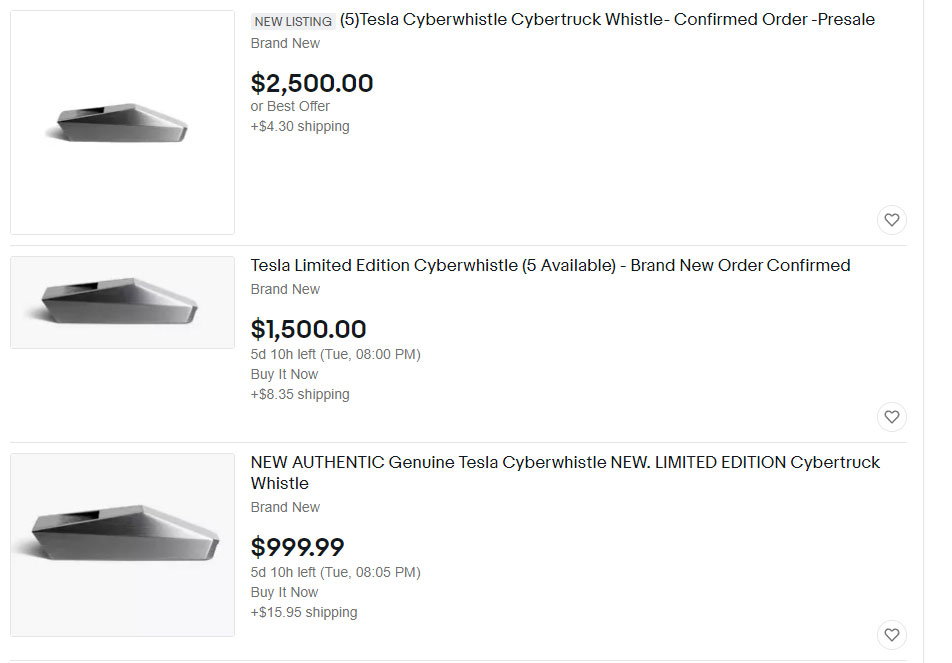 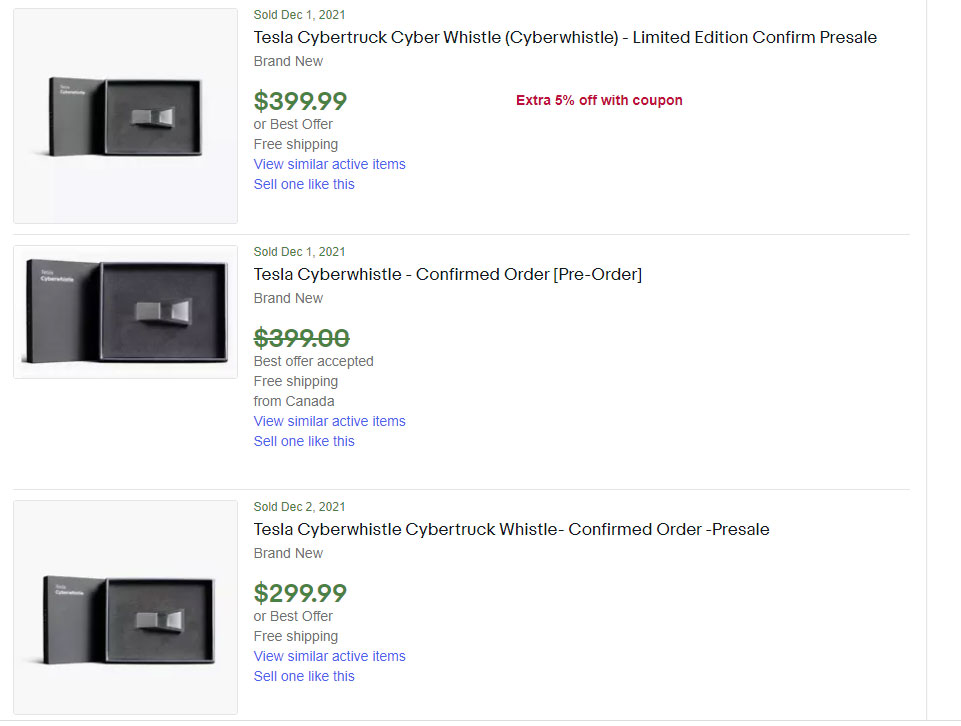 Last month it was alleged that Tesla’s female employees were subjected to “pervasive sexual harassment” at its Fremont, California, factory. A month earlier, a federal court in San Francisco ordered Tesla to pay Owen Diaz, a Black former worker at the automaker’s Fremont factory, $130 million in punitive damages as well as $6.9 million for emotional distress after he endured racial harassment at the plant.