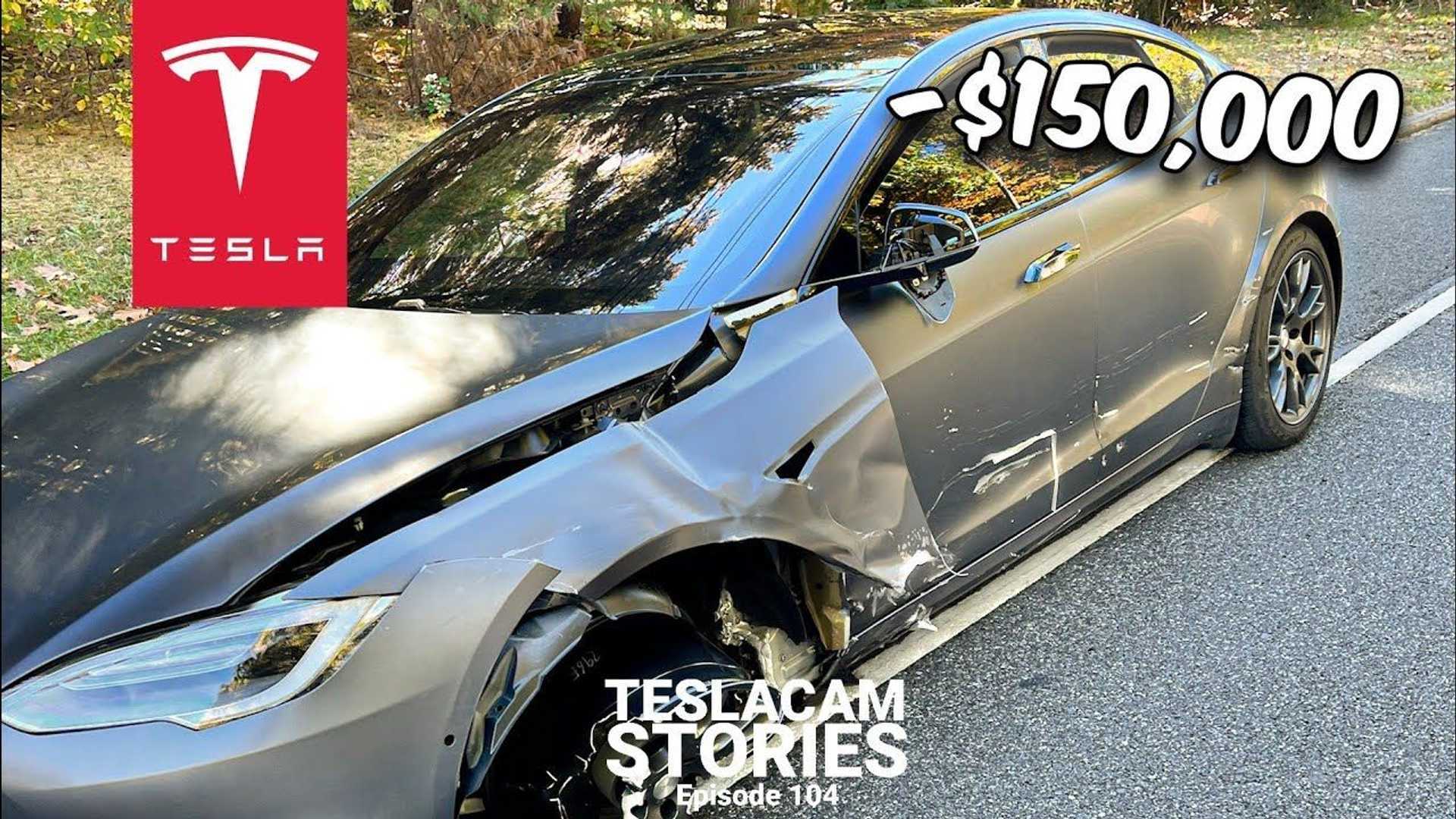 The Tesla Model S Plaid, in the opening segment of the Wham Baam Teslacam video, was just one month old when it was crashed in Washington Township, New Jersey.

As we can see in the Teslacam video, an oncoming car crossed the double yellow lines and drove into the Tesla driven with Autopilot engaged. Fortunately, the driver and his six-month son in the back were both ok.

On one hand, they were lucky that the crash did not ende worse, but on the other hand, the damage to the Tesla turned to be very severe.

According to the report, the repair estimate from Tesla came in around $80,000, so the insurance company deemed the car a total loss.

It means that it would not be worth it to repair the car. The images show a destroyed front-left wheel, so there is a big possibility that the front drive unit was damaged too. And overall, there are many other external and internal damages in the front and left side, as well as exploded airbags.

The owner received a check for almost $150,000, which included the price of the car and options, as well as the custom wrap. Well, we guess that soon Tesla will get another Plaid order (or maybe it already received one).