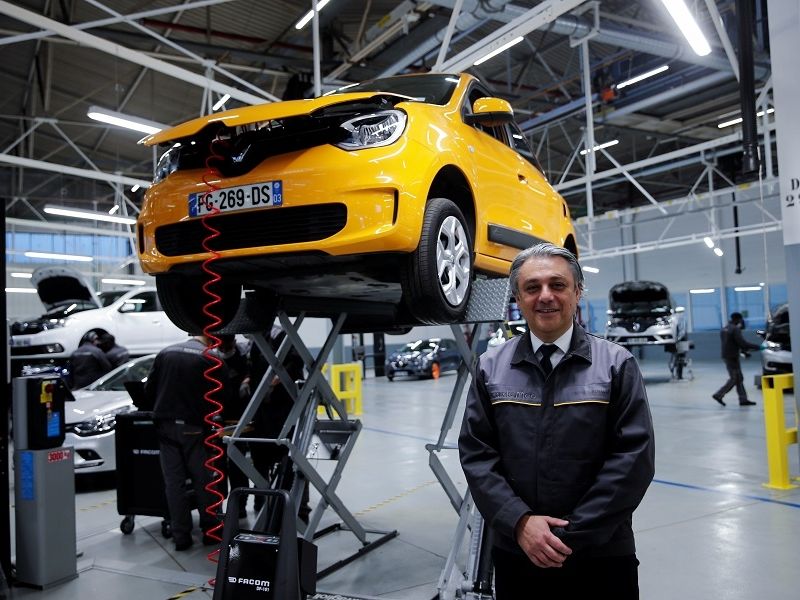 Renault expects the supply of semiconductors to remain difficult until at least mid-2022, complicating the automaker’s turnaround that includes overhauling its factory base.

Renault is prioritizing output of higher-margin cars and commercial vehicles as demand remains strong, according to CEO Luca de Meo.

“Renault has been forced in some cases to send someone to Asia to get the chips,” de Meo said in an interview Tuesday at the Flins plant, where auto assembly is set to halt in a couple of years after almost seven decades. “It’s a mess.”

The factory west of Paris, which makes the Zoe electric hatchback and the Nissan Micra, will transform by 2024 to recycle and retrofit cars and batteries.

The conversion of Flins is a key part of a broader overhaul of Renault that includes job and cost cuts and a lowering of global production capacity.

While production of the Zoe will continue until then, Renault will consolidate EV output in France at a plant in Douai, where the electric Megane will be made. Renault is also making its no-frills Dacia Spring model in China.

The company has made “solid progress on its turnaround plan,” Citi analysts wrote in a report published Tuesday. Renault has reduced leverage, and accelerated cost reductions and recovery of profit margins, they said.

De Meo reiterated Renault’s projection that the company would make around 500,000 fewer vehicles this year — that’s equivalent to nearly a fifth of last year’s output — due to a lack of components.