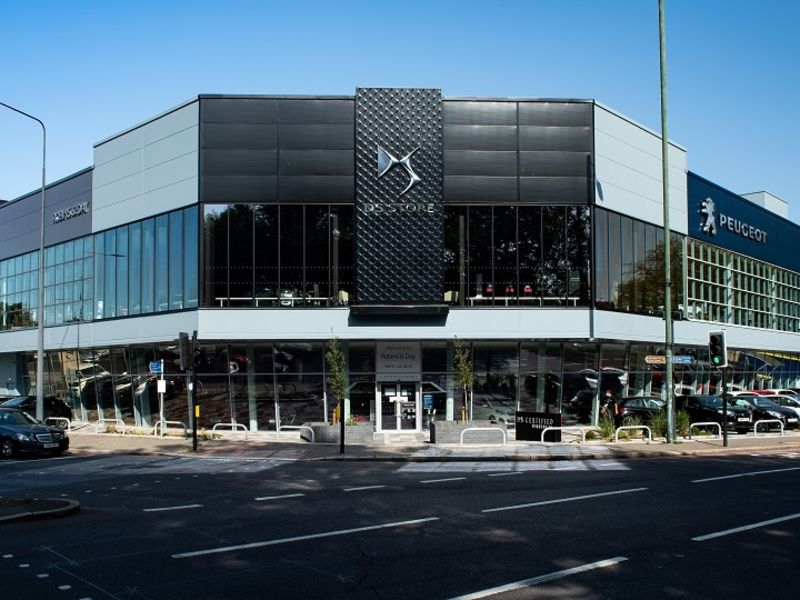 TURIN — Stellantis is working with its European dealers on a shake-up that industry experts say is unmatched in its size and scope.

The automaker wants to transition a network estimated to exceed 15,000 franchise points to a so-called “retailer model.”

The move gives Stellantis more control over how its vehicles are sold and lowers the margin it pays dealers in exchange for taking on some new costs.

“We are convinced that, when properly implemented, this distribution model will offer advantages for everyone,” Stellantis’ head of sales and marketing for Europe, Maria Grazia Davino, told Automotive News Europe.

To initiate the shift, Stellantis canceled all of its dealer contracts in its expanded Europe region this summer. Stellantis sent a letter of intent to the dealers it wants to retain.

Davino said Stellantis aims to have a first wave of new contracts in place by June 2023 (see chart below).

The rest of the company’s brands and markets are scheduled to make the change in 2026, based on preliminary plans.

Commenting on the shake-up, Steve Young, managing director of UK-based automotive retail research specialist ICDP, said: “There have been some significant restructurings at the national level in Europe before, but this is without precedent in my view in terms of geography combined with the proposed reduction in investors and rooftops.”

In Stellantis’ model, the end customer still pays the dealer, but the automaker covers all distribution costs, including inventory and incentives costs. It’s estimated that this accounts for about 30 percent of a vehicle’s list price.

Stellantis expects the changes to result in consistent retail prices at dealers and online, which would save customers the time and hassle of shopping around for a better deal.

On average, Stellantis’ European dealers earn a 9 percent margin. Under the new plan that drops to about half, but the company believes the margin loss is sufficiently recouped by the savings on distribution, inventory and incentives costs. Stellantis benefits by keeping more of the selling price.

“Discussions are still ongoing, but we think that a retailer commission between 4 percent and 5 percent could be the end result,” Davino said.

ICDP’s Young said even small changes to the level of discounting on the vehicle and the financial support provided by the automaker to the dealer “are worth hundreds of millions of euros.”

Pietro Carlomagno, president of ADEFCA, the European association of Fiat, Alfa, Lancia and Jeep dealers, said his group is “in a constructive discussion” with Stellantis on how shift will be implemented.

What is crucial to ADEFCA is that the dealers don’t lose any pre-tax profit as a result of the change.

“The main open issue is making sure that the reduction in the dealer’s commission matches the savings they get from the reduction in costs they pay now as part of the current dealer model,” Carlomagno said.

He said the new system would only be beneficial to retailers if Stellantis maintains transparent retail prices that are the same at all dealerships and on the Internet.

Stellantis, which was created in January by the merger of PSA Group and Fiat Chrysler Automobiles, does not have a single dealer association. Former FCA brands are under ADEFCA’s umbrella, while Peugeot, Citroen and Opel/Vauxhall have their own associations.

“The fact that Stellantis appears to be committed to taking over the inventory responsibility and cost, and the brand-related facilities investment, is a positive,” he said.

Young is a big believer that automakers and dealers should do a better job managing their inventories to prevent oversaturating the market, which leads to discounts and lower residual values. The poor supply of semiconductors has underlined the benefits of this approach.

“The chip shortage shows us how an end to excess supply can transform profitability for everyone,” Young said. “But it is a huge change for a major automaker.”

According to ICDP, when Stellantis was formed it had approximately 15,500 dealer franchise points in Europe, equally split between FCA and PSA brands. The consultancy estimates that those franchise points are controlled by roughly 5,000 dealer organizations.

Stellantis declined to provide detailed data about its dealer network in Europe.

Another key element of the change it that the Stellantis wants to have as many of its brands under its dealers’ roofs as possible.

To achieve this goal, Stellantis changed its rules on how much showroom space a retailer must have to qualify to sell one of the company’s brands. That means several retailers will be able to augment their portfolios by adding from a list that includes Alfa Romeo, Citroen, Fiat, Jeep, Peugeot and Opel/Vauxhall.

Such a location would be known within the company as a Stellantis House.

Stellantis’ Davino believes these locations will start to appear “over time, given that size is not the guiding principle driving our distribution redesign.”

Another reason Stellantis gave for shaking up its dealer network was to improve commercial performance. Stellantis measured commercial performance by comparing a dealer’s market share for a brand, for example Fiat, in its territory against the brand’s average in the country. For instance, a Fiat dealer in Rome that has a better market share than Fiat’s average in Italy will be offered more Stellantis brands to sell, Davino said.

ICDP Research Director Andrew Tongue said that the only automaker in Europe he’s aware of that has tried to combine brands under one roof was General Motors, which put its Cadillac and Saab marques together in the early 2000s.

“But it wasn’t on this scale,” said Tongue, who also called Stellantis’ efforts “unprecedented” based on his multiple decades monitoring the European car retail sector.