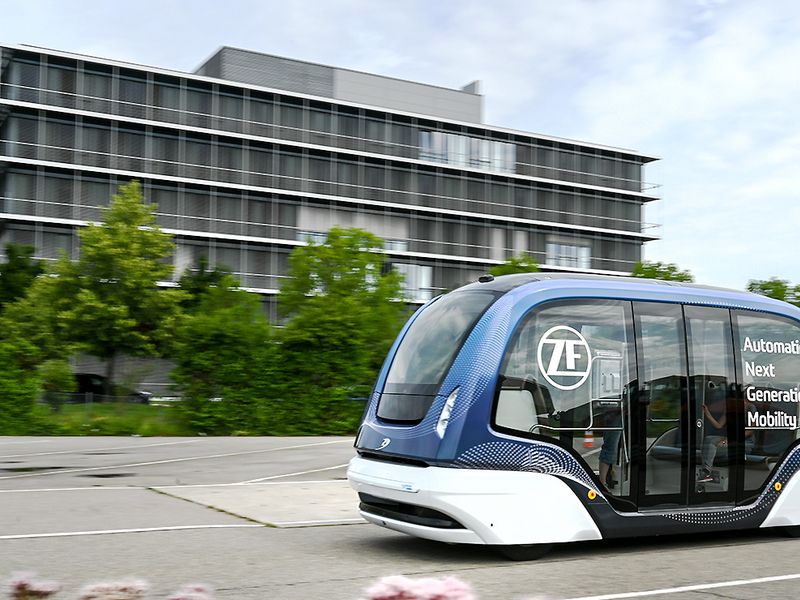 A partnership between ZF Friedrichshafen and Microsoft will allow the German parts supplier to create new capabilities for its autonomous shuttle systems, the company said.

ZF said this week that it expanded its partnership with Microsoft to move all of its business, production and industrial processes onto the tech company’s Azure cloud platform. It’s a move that ZF said will be far-reaching, allowing for everything from more efficient manufacturing to a better understanding of the global supply chain.

It could also be a boon for its autonomous-shuttle business. ZF said the cloud platform would allow for “continuous data flow” between its autonomous shuttles and their environments, providing real-time information on traffic and weather, for example. It could also allow for new mobile applications for customers, including giving them live updates on shuttle availability and accurate wait times.

ZF in recent months has invested significantly in autonomous shuttles for use in cities. In October, the company said it had become a “full supplier” of autonomous shuttle systems, offering planning, implementation, operations and maintenance and service for them.

It also offers the shuttles themselves thanks to its majority stake in Netherlands-based 2getthere, which operates autonomous vehicles that can hold 22 passengers in a “semi-controlled environment.”

ZF said in October that it acquired a 5 percent stake in Oxbotica, an English autonomous driving company with plans to develop a Level 4 system used in shuttles. It also said it entered a strategic partnership with transit operator DB Regio to accelerate autonomous shuttle adoption in Germany.

ZF ranks No. 3 on Automotive News‘ list of the top 100 global suppliers, with automotive parts sales of $33.4 billion to automakers in 2020.

Peter Sigal of Automotive News Europe contributed to this report.