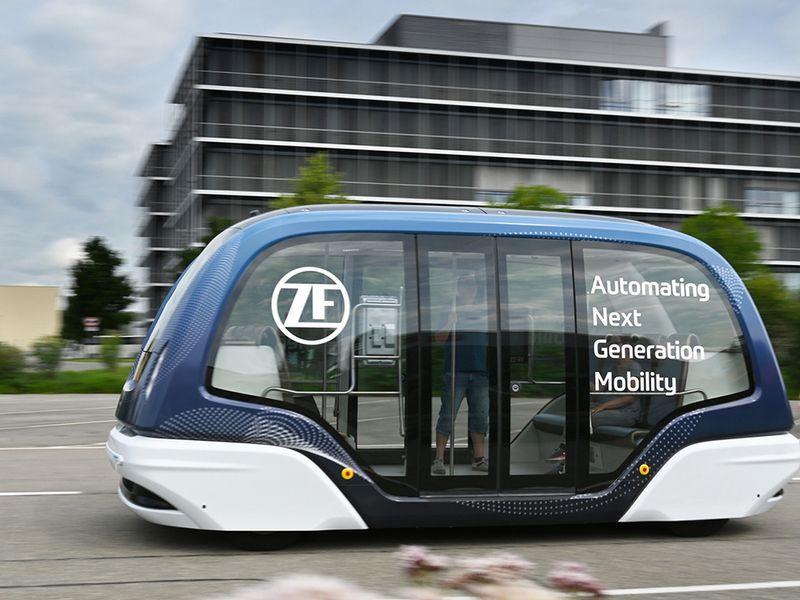 The recent partnership between German supplier ZF Friedrichshafen and Microsoft underscores how the relationship among tech companies, suppliers and automakers is changing in the era of advanced-technology vehicles.

Most major suppliers no longer see themselves as simply providers of the hardware and physical components automakers put in their vehicles. Many now see an opportunity to partner with major tech companies on advancements in software — and even to launch new businesses independent of the specific needs of their automaker customers.

That signals a new power structure for the auto industry — with tech giants occupying a third seat at the table where previously only automakers and suppliers sat.

But it also signals that uniting with tech firms can serve as a competitive advantage to set one supplier apart from another.

“The more players partner and vertically integrate along the entire value chain, the more difficult it will be to clearly define one player as a supplier or tech company or OEM,” Ludes said. “I mean, if you look at Tesla, is it an OEM? Is it a tech company?”

ZF this month said it will move its business, production and industrial processes onto the cloud as part of an expansion of a partnership with Microsoft. ZF said the move will have far-reaching effects, from making its factories and workplaces more efficient to boosting the capabilities of its autonomous shuttle systems.

In recent months, ZF has invested significantly in its autonomous shuttles and has said it is a “full supplier” of such systems, offering planning, implementation, operations and maintenance for them.

Martin Fischer, a member of the ZF board of management, said partnerships with other companies are becoming more crucial for the supplier as it moves increasingly into software-driven technology.

“When you see the opportunities that we have with the software-defined vehicle, it’s pretty obvious that it cannot be done by either party alone,” he said.

ZF is far from alone in coming to that conclusion.

Fellow supplier giant Robert Bosch, for example, said this year that it will work with Microsoft to develop a software platform for vehicles. Supplier Continental AG inked a joint-venture agreement with Chinese artificial intelligence company Horizon Robotics in September to use the startup’s AI tech in its driver-assist systems. It is the latest tech startup with which Conti has partnered.

Automakers are on the same path.

Volkswagen Group has partnered with Microsoft on cloud computing for connected vehicles and autonomous driving. Ford Motor Co. this year said it is partnering with Google to use its cloud and AI systems. Likewise, BMW has partnered with Amazon Web Services.

“We see the industry evolving to where there are a number of digital platforms that come with their own unique innovations that can then come together to meet the needs of the industry,” said Sanjay Ravi, general manager of automotive, mobility and transportation industry at Microsoft. “It’s less about all of us going out for a very constrained innovation opportunity. It’s about expanding the innovation that we all can bring to meet some of the safe, sustainable and productive needs of mobility in the future.”

Ludes said the new partnerships with tech companies will not make the traditional automaker-supplier relationship obsolete.

Auto companies will still need the hardware expertise that suppliers possess, he said.

“ZF, for example, is obviously producing components for big OEMs and will continue to do so in the future,” he said. “So if they’re partnering with tech companies in this domain to connect their factories, to address smart factories and make their processes more efficient, that will only benefit the existing partnerships with OEMs.”

By partnering with tech companies, suppliers and automakers also see the potential to create new business as the industry electrifies. Margins on EVs are likely to be lower than on many gasoline-powered vehicles, putting pressure on companies to find new ways to generate revenue.

ZF’s Fischer said to expect more collaborations with tech companies in the future.

“There aren’t any more of those strict boundaries,” he said. “To the contrary, the better we can overcome those boundaries, the better those solutions are going to be.”