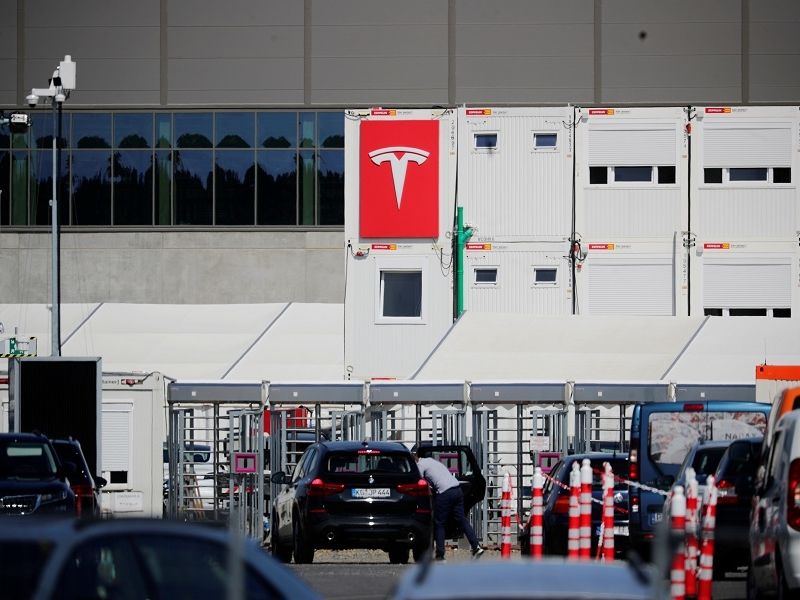 Tesla will forgo 1.14 billion euros ($1.3 billion) of state aid for the factory it’s building in Germany because it has decided to try to produce a new type of battery cell at scale in Texas first, a person familiar with the matter said.

The electric-vehicle maker has been working on so-called 4680 battery cells at a site near its car plant in Fremont, California. CEO Elon Musk said last year that after the company proved it could make them on a pilot assembly line there, it would manufacture them at scale at the factory it has been constructing outside Berlin.

This made Tesla eligible to receive public funds from Germany as part of the European Union’s Important Project of Common European Interest (IPCEI) initiative, which backs first industrial deployments of battery projects in member states.

Now that Tesla has shifted gears and is further along producing 4680 cells at its factory under construction in Austin, Texas, it is no longer eligible for the money, according to the person, who asked not to be identified discussing private information.

Tesla informed the German authorities that it will not tap the support package, Beate Baron, a spokeswoman for the country’s Economy Ministry, said on Friday. She did not discuss the reason for the decision.

“It has always been Tesla’s view that all subsidies should be eliminated, but that must include the massive subsidies for oil & gas,” Musk tweeted after the ministry’s announcement.

Musk, who also runs rocket maker SpaceX, has bristled for years at detractors criticizing him for taking advantage of government support. Examples of this include the U.S. loan that helped Tesla get the Model S sedan into production, which the company paid back early. SpaceX is a major contractor for the National Aeronautics and Space Administration and U.S. Defense Department.

Tesla has almost completed construction of an EV factory in the small town of Gruenheide, southeast of the German capital, and also plans to manufacture battery cells at the site.

While Musk wants to start assembling Tesla Model Ys in Gruenheide before the end of the year, local authorities still haven’t granted final approval for the project.