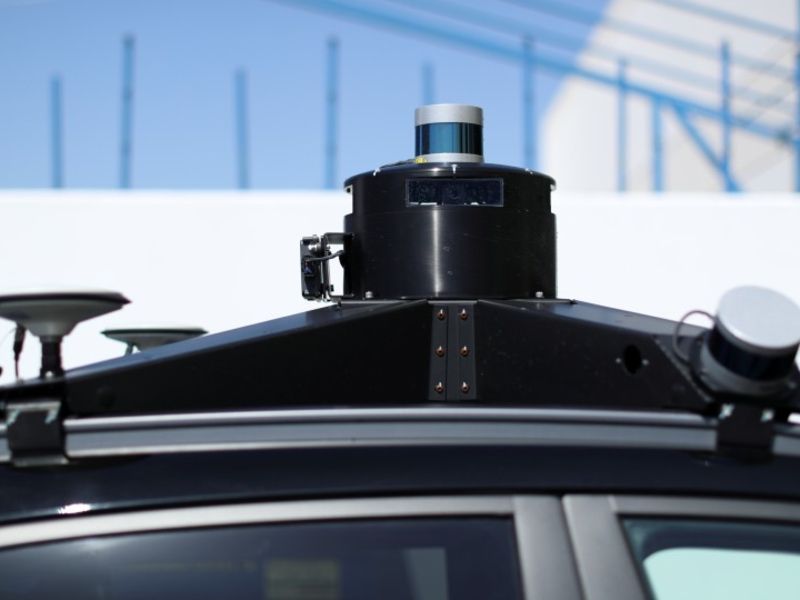 PARIS — Valeo, Continental, Velodyne, Luminar and a host of other companies are preparing for huge growth in demand for lidar sensors, which are seen as a building block for safe, accurate self-driving cars.

The market is expected to surge starting around 2025, said Geoffrey Bouquot, chief technology officer of Valeo, which this month introduced its third generation of lidar sensor systems.

Valeo says the new generation, which will be commercialized starting in 2024, offers 12 times better resolution, three times longer range — able to visualize objects more than 200 meters away — and a viewing angle that is 2.5 times wider than the current generation.

Bouquot said the lidar market would quadruple between 2025 and 2030, eventually reaching a global total of 50 billion euros.

“This market is not only about safety; it’s also linked to regulations,” he said, adding that 90 percent of cars would have some kind of ADAS (advanced driver assistance systems) by 2030, and of that 90 percent, 70 percent would have so-called Level 2 and up, meaning at least some degree of self-driving.

Put another way, 30 percent of premium cars are expected to have Level 3 capability, meaning the driver will be able to hand over driving duties to the car under certain conditions, by 2030, Valeo said.

Lidar, which stands for light detection and ranging, sends pulses of light from a laser, at millions per second, that bounce off objects and return to the sensor. Onboard computers can use these pulses to create a 3D map of a vehicle’s surroundings.

It has certain advantages over cameras, namely processing speed, and unlike cameras is not affected by surface composition, shadows or sunlight, or approaching headlights.

Most self-driving systems use a combination of radars, cameras and lidar.

However, lidar is expensive. The original unit developed by Velodyne cost about $75,000, but recently the supplier said it was aiming for a price of $500 per sensor for a solid-state one.

Last year, Luminar CEO Austin Russel told Automotive News Europe that his company has been able to bring the cost of its lidar systems down to $1,000 for autonomous driving applications and $500 for advanced driver assistance solutions built in volumes in the hundreds of thousands.

Lidar is also affected by bad weather, although companies are working to improve its capabilities in that regard. Valeo says its new generation lidar can better detect rain density.

Because of cost, few vehicles employ lidar now outside of dedicated ride-hailing AV services such as Waymo. Audi introduced lidar (a first-generation SCALA system from Valeo/Ibeo) in its A8 in 2018 as part of a planned Level 3 capability that has so far not been activated. Volvo plans to add Luminar’s system to its XC90 replacement, which is due next year.

The contenders for the $50 billion prize in automotive lidar include traditional suppliers such as Valeo, Continental, Bosch, Veoneer as well as newly public players Velodyne, Luminar and SoftBank-backed Innoviz. At the same time, Waymo and fellow autonomous mobility companies Argo AI (Ford, VW) and Cruise (GM) are developing in house lidar systems.

Continental showed its latest generation of scanning lidar this autumn. Also pegged for a 2024 start of production, it can “see” objects 300 meters away, the supplier said at an event in Frankfurt at the end of October. A mix of long-range and less-expensive short-range (50 meters) is a good solution for self-driving cars, Continental said.

The self-driving unit of Russian technology giant Yandex said this week that it is developing its own long-range lidar, capable of 500 meters range and operating in frigid temperatures. It will continue to use Velodyne systems for short-range liar.

With several hundred meters of lidar range, Valeo and Continental say, vehicles can recognize highway hazards beyond the view of headlights.

Valeo says it is the biggest player in automotive 3D scanning lidar systems, having so far produced and sold 150,000 integrated units. It will build its third generation system in its factory in Wemding, Germany, near Munich. Valeo manufactures the hardware, software and associated AI for the system.

“This is a big investment for us,” said Clement Nouvel, technical director of Valeo’s lidar product line, without offering specifics. “This is a milestone product, but beyond that our investment in lidar is increasing to address a market that we see expanding very fast.”

Overall, Valeo is hoping to generate 3.2 billion euros in revenues from driving assistance systems in 2022.

One notable exception to enthusiasm around lidar has been Tesla founder Elon Musk, who relies on cameras for self-driving technology and once called lidar “a crutch” and “a fool’s errand,” arguing that it was unnecessary for autonomous vehicles.

But he may be softening his stance on lidar, admitting last spring he uses a version on his SpaceX Dragon capsule.