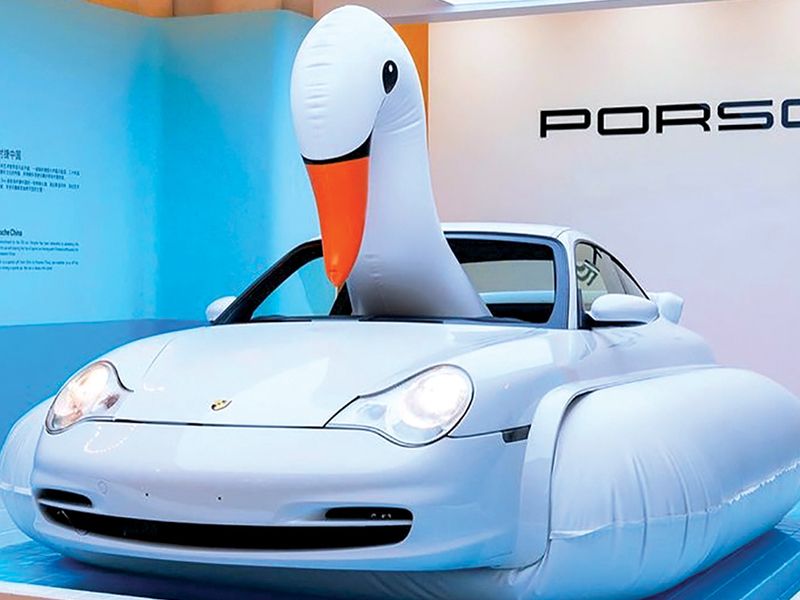 The 996-generation 911 that Porsche turned into a swan was certainly no ugly duckling.

The German luxury brand is celebrating 20 years in China by taking the car, with an inflatable head and wings, on a tour of art galleries and museums across the country.

The idea to turn a 911 into a swan came from artist Chris Labrooy, who got Porsche’s attention last year with a series of images depicting various models in unusual places and as flamingos and swans.

“Once I owned a Porsche I became more aware of the brand and its motorsport pedigree, and really curious about the 911,” Labrooy told Motor1 last December. “It’s a very soft, rounded shape that’s a highly capable, high-performance sports car at the same time. The 911 has a unique, almost eccentric personality. When I’m making my images, the cars are like actors in a way, and the 911 is like an A-list Hollywood star, with all this depth and versatility.”

But while Labrooy’s creations exist only digitally, Porsche actually brought one of them to life in commemoration of the 996 being the brand’s first model sold in China.