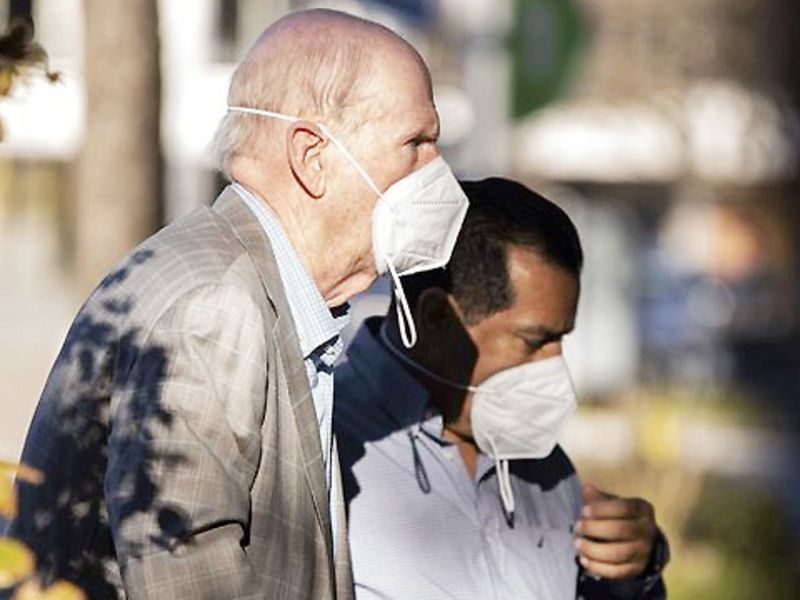 HOUSTON — A hearing to determine whether former Reynolds and Reynolds Co. CEO Bob Brockman is competent to stand trial on tax evasion charges continued last week in a Houston courtroom.

Lawyers for Brockman, 80, say he has dementia that is both progressive and incurable and has left him unable to assist in his defense against 39 federal counts, including tax evasion, wire fraud, money laundering and evidence tampering. Prosecutors contend that he is exaggerating symptoms of cognitive impairment to avoid prosecution in what they say was a $2 billion tax evasion scheme.

Here are highlights from the second week of testimony in the hearing.

Defense attorneys last week called their medical expert witnesses, whose findings contrasted with those of medical experts retained by the government. While prosecutors’ experts testified earlier in the hearing that they believed Brockman exaggerated his symptoms — two concluded that Brockman was competent to stand trial — the defense’s experts said they believed Brockman has dementia and would struggle with aiding his lawyers in his defense.

Those findings were backed up by images of Brockman’s brain, the defense’s experts testified, as well as by his cognitive testing results and the observations of people close to Brockman in his daily life.

“Due to the nature of his cognitive impairments, I believe he would have significant difficulty being able to recall past events accurately, review documents and provide context to his attorneys,” Dr. Thomas Guilmette, a psychologist and professor at Providence College in Rhode Island, testified. “I think he would have difficulty understanding the complexities of the case, the strategies of the case.”

Brockman’s symptoms are “most consistent with Parkinson’s disease dementia,” Guilmette testified, adding that “it certainly is quite possible” that he also has Alzheimer’s disease. He testified that he believed Brockman’s impairment extends to such areas as attention, mental processing speed, memory, problem-solving and judgment.

Brain scans can’t determine a person’s cognitive abilities, said Dr. Christopher Whitlow, a neuroradiologist and professor at Wake Forest School of Medicine retained by Brockman’s lawyers. But images that indicate a patient has lost some brain volume, as Brockman has, would raise concern about his cognitive functioning levels, Whitlow testified.

Whitlow testified that he reviewed multiple types of images of Brockman’s brain, including MRI and PET scans, as part of his work on the case. Taken together, the images indicate a pattern that Whitlow testified he would expect to see in an Alzheimer’s patient, and also raise concerns about dementia. The scans suggest that Brockman likely has an “aggressive, progressive” degenerative illness that points to both Parkinson’s disease and Alzheimer’s disease.

During their cross-examination, prosecutors questioned Guilmette about why his reports did not refer to evidence such as depositions and speeches Brockman gave in 2019 — depositions in which prosecutors say Brockman was able to recall past events and speak about complex topics. Guilmette testified that those examples happened two years before he evaluated Brockman, and that he had been able to draw on long-term knowledge of the topics during the depositions — a performance Brockman could “absolutely not” deliver today.

Prosecutors also asked Whitlow if his opinion would change if he learned that Brockman was faking his impairment on cognitive testing and with his doctors. Whitlow testified that it could, but only to the effect of “here is a patient with dementia who is malingering.”

“If we’re talking about my opinion of the objective imaging data itself, I would still be concerned about that patient, that they would fall into a category of dementia that’s more than early or mild,” Whitlow testified.

Dr. Park Dietz, an expert witness for prosecutors, testified on Friday, Nov. 19, that the only conclusion he can draw after reviewing multiple sources of evidence “is that he’s exaggerating the extent of his impairment.”

Dietz testified that Brockman’s cognitive functioning appears differently depending on the context — from “clearly competent and highly functional” in real-world activities, to “a story of progressive impairment and deterioration” as told to doctors.

“It remains my opinion, as expressed in my most recent report, that Mr. Brockman is competent to stand trial,” Dietz testified.

Frank Gutierrez, a home health care aide who has worked with Brockman since April, testified that he assists Brockman with daily activities — including helping him out of bed and to the bathroom, and administering medications — on 12-hour shifts during the day.

Gutierrez testified that Brockman has had episodes of confusion that have grown more frequent. After a hospitalization in late May and early June, he testified, Brockman began to appear confused, including about his whereabouts, and talked about needing to go to the office and asking for his car keys.

Brockman lawyer Jason Varnado asked Gutierrez whether he has any doubt that Brockman’s physical and mental symptoms are real.