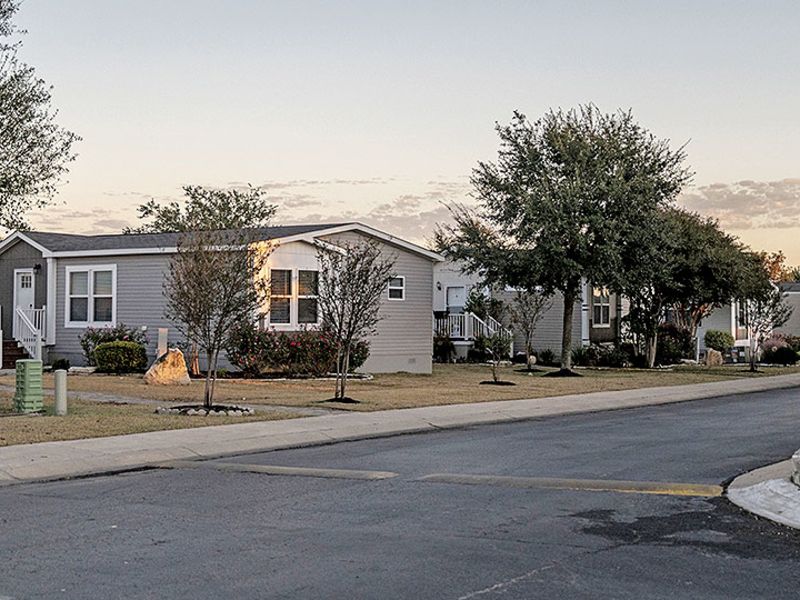 Elon Musk’s influence is spreading to Oak Ranch, a sprawling development of manufactured homes about five miles south of the Tesla Gigafactory going up outside Austin. New lots line freshly paved roads, each with a patch of gravel ready for a new house.

It’s part of a boom in lower-cost housing alternatives such as trailer parks, RV sites and tiny houses across the Texas capital, where the median price for a home has soared to $525,000. Nowhere captures the frenzy as well as Del Valle, where the Tesla plant is nearing completion and investment tied to the automaker has lifted typical home values by 58 percent since January 2020, according to data compiled by Zillow Group Inc.

At Oak Ranch, the sales force is regularly fielding inquiries from potential buyers hoping to land a gig at the Gigafactory. Both are located about 15 miles east of the heart of hipster Austin, in a formerly remote area past the airport.

“When I bought that land 12, 13 years ago, I remember everyone saying, ‘Gosh, that’s not a good part of town,’ ” said Scott Roberts, CEO of Scottsdale, Ariz.-based Roberts Communities, which has developed Oak Ranch, two other mobile home parks in the region and a cluster of tiny homes around an organic farm. “Now, one of the highest-appreciated sub-markets of Austin is Del Valle, and that whole thing is 100 percent attributed to Elon Musk.”

Tesla’s $1 billion factory will be the crown jewel of the automaker’s U.S. manufacturing operations, producing the Model Y sedan, the forthcoming Cybertruck and batteries. While some high-end executive jobs will no doubt follow the relocation of Tesla’s headquarters to Austin, the company has promised more than 5,000 and up to 10,000 “middle-skill” jobs at the factory.

But, with average annual salaries planned at just less than $50,000 for assembly-line workers, it’s unclear how all those people will be able to afford a home in Austin.

Housing prices have soared in Austin for some of the same reasons they have across the U.S.: low interest rates, a lack of construction and buyers flush with cash. And like elsewhere, the creation of affordable dwellings just hasn’t kept up with demand over decades.

But it’s hard to find a city that has had it worse than Austin, where a booming tech industry and loads of newcomers from the coasts have combined to push up prices. The value of a typical single-family home jumped 54 percent since the beginning of 2020, tops among any of the 50 largest metro areas in the U.S. tracked by Zillow.

Other nontraditional types of housing are also getting fresh looks. Four miles from Oak Ranch and a 10-minute drive from the future Gigafactory is Austonia RV Resort. There are 100 camper and RV sites there, with plans to add 100 more next year. Much of the demand comes from contractors for Tesla such as safety inspectors and machine operators working on the new plant. Homebuilders Icon and Lennar Corp. are constructing the world’s largest neighborhood of 3D-printed homes.

The affordability crisis in Austin also has added to the number of people living on the streets. The city estimates there are 2,500 homeless people on any given night, and high housing prices are partly to blame. So many people were pitching tents on medians, beneath overpasses and in parks that it sparked a backlash. In May, voters passed a referendum to ban public camping, essentially telling police to clear out the encampments.

Companies such as Tesla need to help do something about the problem, said Eric Samuels, president of the Texas Homeless Network. “I can state the most obvious, and that’s that they need to pay a wage that allows their workers to live in Austin,” he said.

At Oak Ranch, sale prices for manufactured homes — most made by Berkshire Hathaway Inc.’s Clayton Homes unit — have also soared. While banners outside the development tout prices as low as $60,000, in fact the minimum now is about $90,000. A top-end four-bedroom unit — with a soaker tub, solid-wood kitchen cabinets, recessed lighting, energy-efficient windows and a walk-in closet — is $140,000.

Soaring demand is pressing Sun Communities Inc., the largest purchaser of factory-built homes in the U.S., to scour the Austin area for land to build new mobile home parks, expanding on multiple developments it already runs. Part of that pressure is coming from Tesla’s factory, according to COO John McLaren.

“That’s just one component, but the rise in single-family home prices is eclipsing everything,” he said in an interview. “When you widen the radius and look beyond Austin, it’s really happening everywhere in America.”

Sun Communities, a publicly traded company with a market value near $23 billion, plans to plow as much as $500 million into 60 to 70 mobile home developments across the country, double this year’s spending.

For its part, Roberts Communities has $200 million invested in Austin and wants to at least double that if it can find enough land to expand. For now, Scott Roberts — whose father founded the company — is adding 180 more mobile homes to the hundreds already at Oak Ranch, which features amenities including a fitness center, swimming pool and clubhouse.

The sales force there winces at the phrase “trailer park” and the disorder often associated with the term, emphasizing that the development is designed to be a family-friendly community. Regulations forbid rentals and require yards be kept neatly trimmed and free of clutter. Maintenance workers help show residents how to do small repairs themselves to encourage upkeep and pride of ownership. And there are regular get-togethers for residents, including the occasional Taco Tuesday, that bring neighbors together.

The downtown skyline can be seen from parts of the development, and at night the electric glow from the Tesla plant under construction brightens the sky.