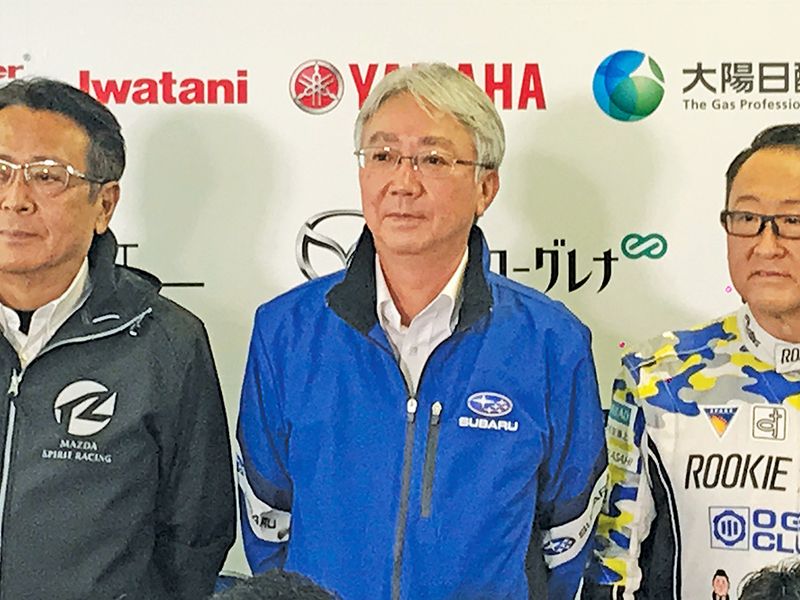 MIMASAKA, Japan — Toyota was the darling of environmental consumers not so long ago, barely able to produce enough lean-burning, pioneering Prius hybrids to accommodate the growing legions of ecologically motivated buyers.

Suddenly, the Japanese giant has become a scourge in some corners, with critics from the Sierra Club to Greenpeace deriding the automaker for what they perceive as foot-dragging on full- electric vehicles.

Greenpeace — an environmental group best known for its anti-whaling campaigns — this month harpooned Toyota in its 2021 Auto Environmental Guide. The report ranks Toyota at the bottom of the industry in an environmental score that takes into account how a company is phasing out internal combustion engines, the carbon impact of its supply chain and the sustainability of the business in terms of reusing and recycling items such as batteries and metals.

“Toyota is among the most vocal industry players advocating for ICE vehicles, including hybrids,” Greenpeace charged, “and even its investors have put pressure on the company to stop its negative anti-climate lobbying activities.

“Over-reliant on its existing hybrid expertise, Toyota has become the industry’s biggest obstacle to the all-out transition to electric vehicles.”

The abrupt challenge to Toyota’s green public image — it is still the world’s top seller of electrified vehicles — has clearly stung President Akio Toyoda to the quick.

“Please don’t attack us in that way,” Toyoda implored the Japanese and international media at a weekend race this month as he launched a new push to show ways automakers can still reach carbon neutrality without relying solely on EVs.

“The enemy is carbon,” he said, “not the internal combustion engine. We’re not going to limit ourselves to just one option.”

Joining him on the grid was a Mazda2 entry backed by Mazda that ran on 100 percent biofuel made from used cooking oil and microalgae fat.

As Toyota steps up its EV alternative activities, environmental groups increasingly make the carmaker — which says it sold 2 million electrified vehicles in 2020 — an unlikely target of their ire.

In August, the Sierra Club singled out Toyota for a drubbing in a report titled “Exhausted: Toyota Is Losing the Electrification Race as Automakers Charge Ahead.” It accused Toyota of lobbying “heavily against a rapid transition to EVs, deliberately slowing down global electrification efforts.”

It said Toyota’s executives are intentionally undermining a speedy transition to electric cars.

Toyota also drew criticism for sitting out the COP26 global climate summit pledge, an initiative aimed at eliminating fossil fuel vehicles by 2040. Several automakers signed on to the pledge, including General Motors and Ford. Toyota wasn’t alone in taking a pass — so did Volkswagen, BMW, Nissan, Honda and Hyundai.

But while Toyota has not followed some of its rivals in declaring a timeline for going all-EV, it is hardly opposed to electric vehicles. Toyota plans to sell nine full EVs by 2025, including the just unveiled bZ4X crossover and two entries for the Lexus premium brand. And by 2030, Toyota wants to sell 2 million zero-emission vehicles annually — covering hydrogen fuel cells and battery-electrics.

The plan is for full-electrics to account for the lion’s share of that target, even though Toyota sold only 3,346 EVs globally in 2020. Its road map plots zooming from basically zero EVs to nearly 2 million in nine years. That is a much faster rollout than Toyota achieved with hybrids. The automaker began selling hybrids in 1997 and hit the 2 million annual sales mark in 2020, 23 years later.

In September, Toyota said it will plow nearly $14 billion into battery development through 2030, ramping up solid-state batteries and next-generation lithium ion power packs. The investment will boost Toyota’s battery production capacity to 200 gigawatt-hours a year, from just 6 GWh today, and expand its battery-making network to 70 assembly lines, from only two lines now.

“We are really putting a strong effort into developing battery EVs,” said Koji Sato, the company’s chief branding officer and head of its Gazoo Racing Co. and Lexus brand.

“But we have to consider whether EVs are really the only item on the menu.”

Toyota’s reluctance to mount an all-EV game plan stems from its assessment that each global market has a different need, and many regions won’t be ready or willing to buy EVs anytime soon. Swaths of the developing world, for instance, don’t have the infrastructure for charging EVs or consumers who can afford them.

Toyota believes EVs make better sense in Europe, where more electricity is generated from nuclear or renewable sources. But in other markets, different approaches might be cleaner.

“The lesson is that for a diverse situation like we’re in, we need a diverse approach, especially when the future is unknown,” Toyota Vice Chairman Shigeru Hayakawa said on the sidelines of the race.

“For consumers, the technology has to be affordable, practical and sustainable.”

Toyota believes technological breakthroughs, such as hydrogen engines, could give internal combustion a new lease on life — saving jobs as well as the environment.

Mazda CEO Akira Marumoto said he was asked by Toyoda to join the weekend event only in September. Marumoto said it was clear he couldn’t show up just to watch the race. But Mazda also didn’t have a lot of time to prepare a new technology to demonstrate. His engineers cooked up a race car running on the algae-kitchen grease biodiesel.

On the plus side, Mazda says the fuel delivers the same performance as a petroleum-based diesel. The downside: It costs more than $300 per gallon. The fuel powered a 1.5-liter Skyactiv-D engine in a Mazda2 racer at the Okayama race.

“Right now, we don’t have a clear idea of what we can achieve,” Marumoto said of the biodiesel gambit.

“The important thing is not to close opportunities but to open new ones.”

Subaru CEO Tomomi Nakamura said Toyota broached the idea of testing new technology on the track in July. As an all-wheel-drive niche player, Subaru is wrestling with how to transform its product portfolio to meet increasingly stringent emissions standards. It plans to derive only 40 percent of its sales from electrified vehicles in 2030.

“We were told to come here today,” Nakamura said. “Toyota gave us lots of requests and requirements.”

He conceded that Subaru has no inkling of when it might commercialize the biomass-derived synthetic fuel that will power a Toyota GR 86 and a Subaru BRZ racer in next year’s Super Taikyu Series.

“This transition period is particularly difficult,” Nakamura said. “I think we need to have various options and to try different things at this stage in time. It is not the time to decide solely on EVs.”