The owner of a Chevrolet C8 Corvette Stingray Convertible got the shock of their life in Miami Lakes, Florida earlier this week after the sports car was stolen from their driveway.

The theft occurred at approximately 3:15 a.m. on Monday morning and was caught on a security camera outside the home of Christine Camejo. The footage shows a gang of thieves pulling up outside the house in a dark SUV. One of the men runs towards the Corvette while another runs towards a Jeep parked in the driveway of a house across the street. The Corvette was unlocked. 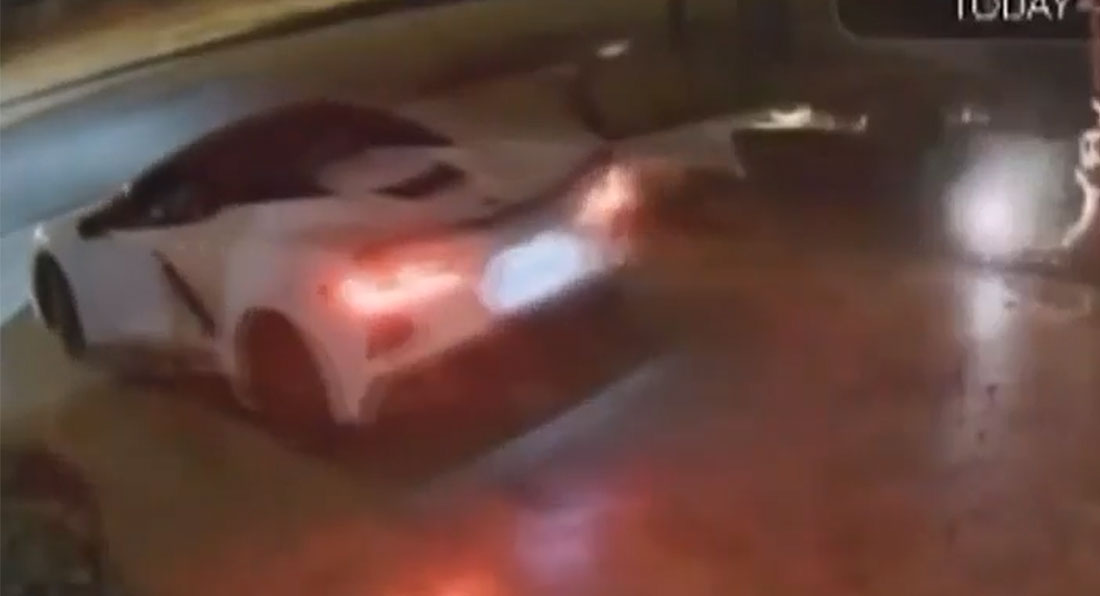 “We had the car washed that same day, and when the car wash guy was done, he put the key in the car because we weren’t in the house at the time, which we’ve done before,” Camejo said while speaking with 7 News Miami. “We felt safe to do that in this neighborhood because we never had a problem.”

Unfortunately, this meant the thieves were able to take off with the Corvette without any issues.

“This should be a safe community. We thought it was, but then this happens,” said Camejo. “This definitely makes us feel violated. The real main issue is not the car; it’s the safety in the community.”

The theft occurred in a gated neighborhood and the security company operating the front gate have confirmed they are working with local police to help with the investigation. Anyone with information about the theft is encouraged to call Miami-Dade Crime Stoppers and could be eligible for a $5,000 reward.