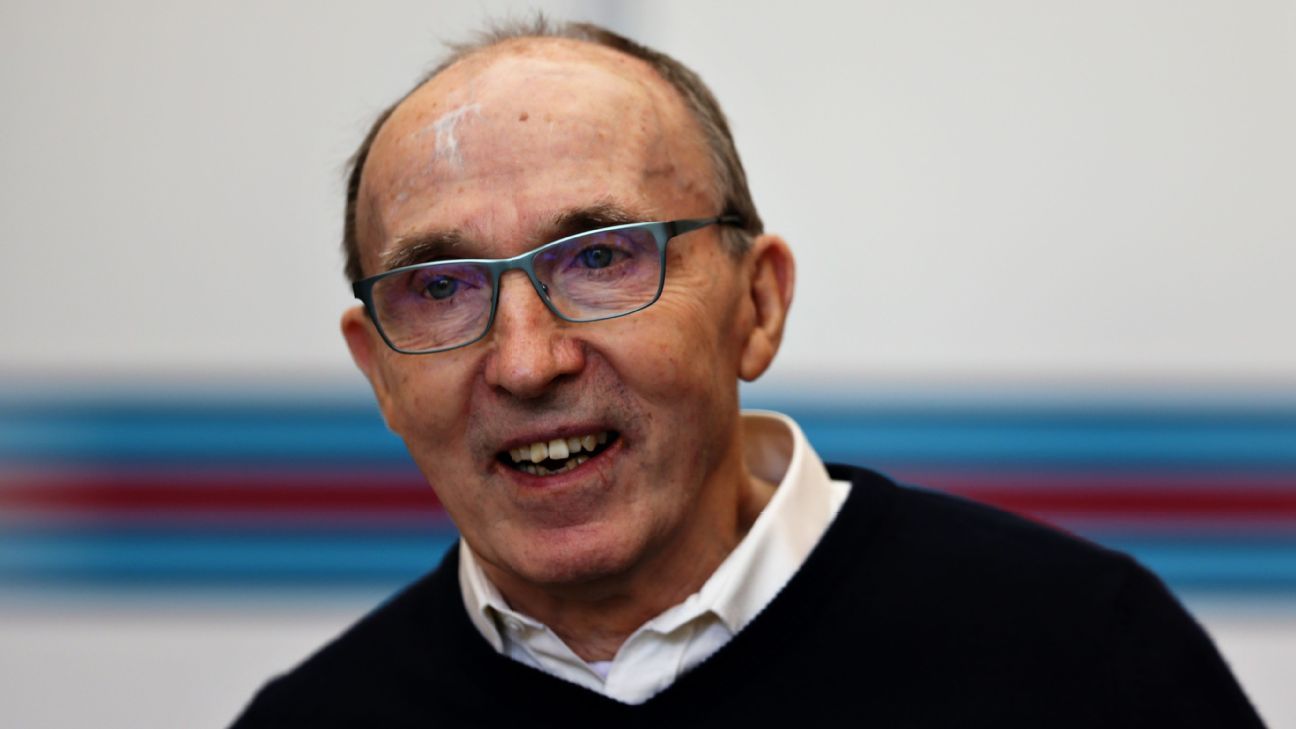 Frank Williams, the founder of one of Formula One’s most successful and popular teams, has died at the age of 79.

Williams founded the Williams F1 team in 1977 and quickly turned the privateer outfit into one of the sport’s best, competing and winning against some of the biggest manufacturers in motor racing. Williams won nine constructors’ championships and seven drivers’ championships between 1980 and 1997 and has remained on the grid for over 40 years.

Williams is one of the most important and respected figures in F1 history. He continued to run his team despite a serious car crash in 1986 that left him with tetraplegia. After his accident he established the team as the dominant force of the 1990s.

He was knighted by Queen Elizabeth II in 1999 for his services to motorsport.

Although he gave up day-to-day running of his team to daughter Claire in 2013, Frank remained team principal until September 2020. Ahead of last year’s Italian Grand Prix, the Williams family stood down from the leadership of the team following its sale to private investment firm Dorilton Capital.

Until then, Williams had been the longest-serving and most successful team principal in F1’s history.

On Sunday, the Williams team confirmed the news in a statement.

It read: “It is with great sadness that on behalf of the Williams family, the team can confirm the death of Sir Frank Williams CBE, Founder and Former Team Principal of Williams Racing, at the age of 79.

“After being admitted into hospital on Friday, Sir Frank, passed away peacefully this morning surrounded by his family. Today we pay tribute to our much loved and inspirational figurehead. Frank will be sorely missed. We request that all friends and colleagues respect the Williams family’s wishes for privacy at this time.

“For those wishing to pay tribute, we ask that donations are made in place of gifts to the Spinal Injuries Association, alternatively we would welcome flowers to be placed at the entrance of the team’s headquarters in Grove, Oxfordshire. Details of the memorial service will follow in due course.”

F1 CEO Stefano Domenicali released a statement saying: “This morning Claire Williams called to inform me of the very sad news that her beloved father, Sir Frank Williams had passed away.

“He was a true giant of our sport that overcame the most difficult of challenges in life and battled every day to win on and off the track. We have lost a much loved and respected member of the F1 family and he will be hugely missed. His incredible achievements and personality will be with etched on our sport forever. My thoughts are with all the Williams family and their friends at this sad time.”