A carbon fiber bottle that was the result of 150 hours of work involving 37 steps holds 15 liters (4 gallons) of champagne. Fun fact: that size of bottle is called a Nebuchadnezzar, in Champagne circles.

But carbon fiber bottles are vieux chapeaux for Carbon (the hint was in the name), so to amp up the special, it is encased in a carbon fiber chest. Made of 314 individual sheets of prepreg carbon fiber, it is made in exactly the same way as Bugatti’s vehicles and constructed by the very same people who created its $300,000 carbon fiber pool table.

Read More: Bugatti Hustled Someone In The U.S. Into Buying Its First $300,000 Pool Table 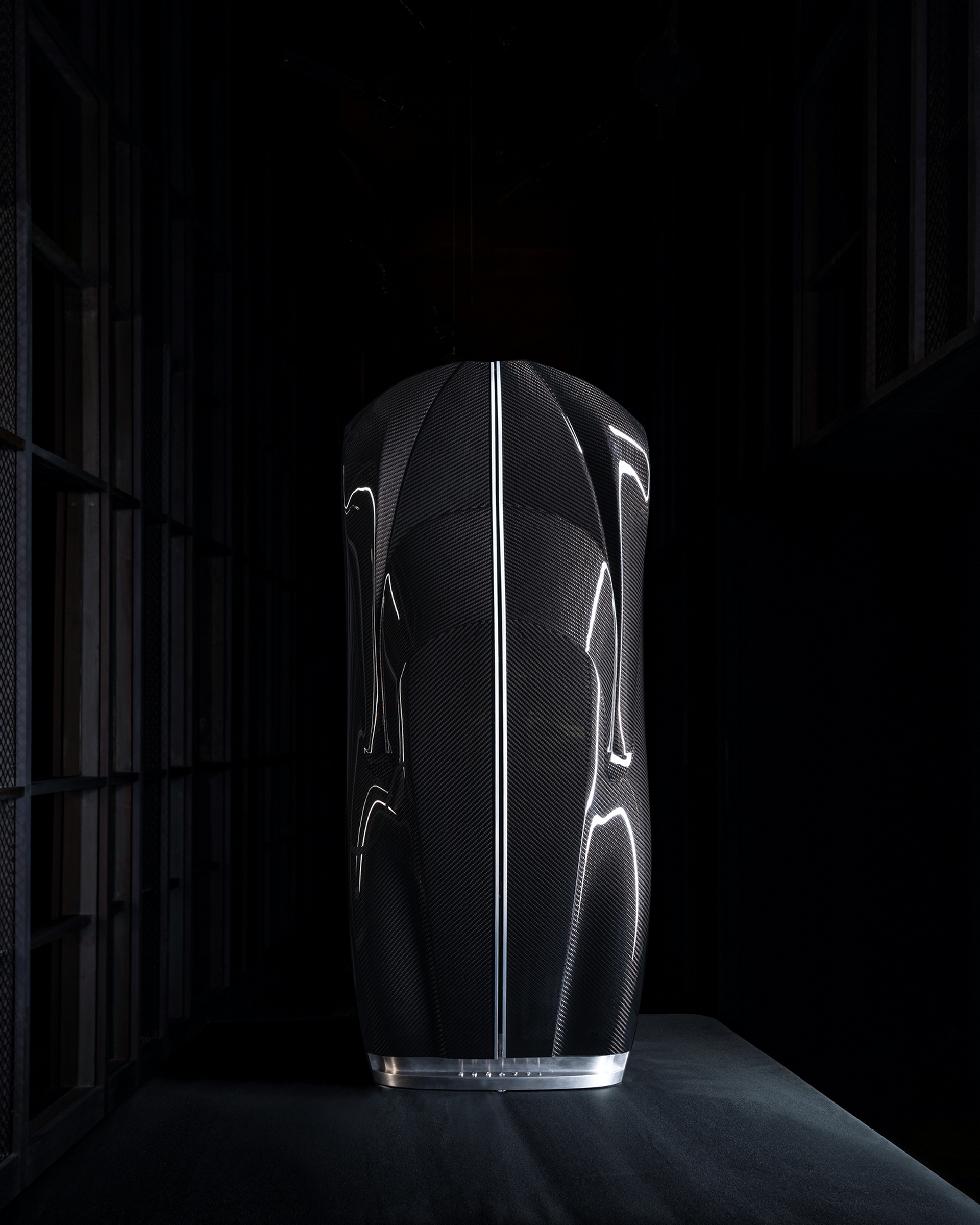 Doors butterfly open at the press of a stainless steel button, and those who are thirsty will be thrilled to find that the case makes use of an automatic solid-state thermodynamic cooling cell which, together with 14 high-end fans, circulate cool air around the case to keep the champagne at perfect drinking temperature.

The bottle sits on an illuminated red base that’s designed to look like the brake lights on the La Voiture Noire. Made using sanded acrylic glass and illuminated by red LED lights, it even features the name of the company over a surface of brushed aluminum. 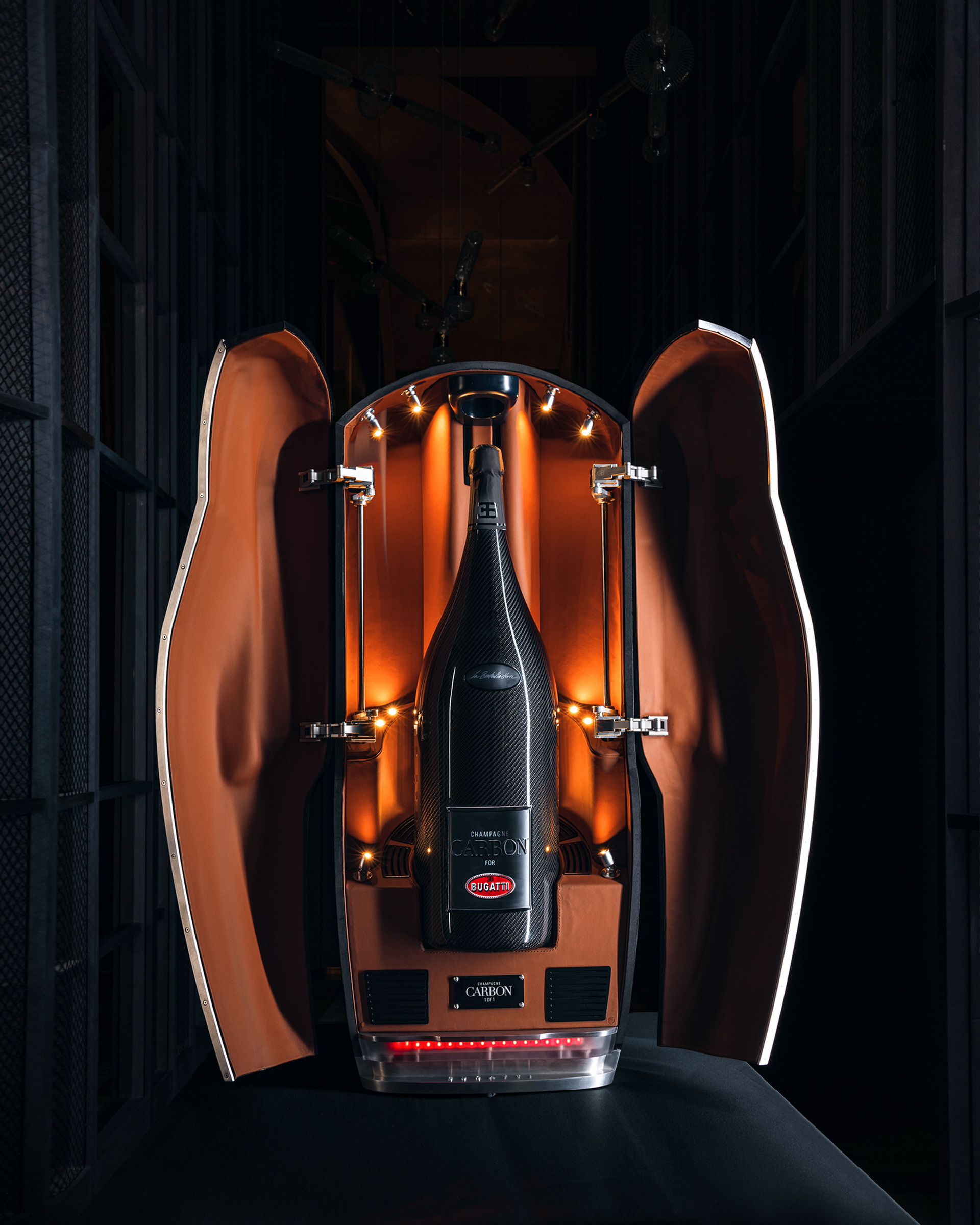 The rest of the interior is trimmed in fine Havana Brown grain leather, much like in the car, and the whole thing is illuminated by LED lights. As to the contents of the bottle, we’ll hand it over to Alexandre Mea, CEO of Champagne Carbon.

“On this occasion, we have chosen a 2000 Vintage blend of 60% Chardonnay and 40% Pinot Noir,” says Mea. “Celebrating the beginning of a new millennium, the year 2000 was marked by a relatively mild winter followed by a succession of summer temperatures throughout the flowering period. It’s characterized by rich notes of vegetables, pepper, and white fruits – the result of the finest Grands Crus that the Champagne vineyards offer us. Each one brings its own surprises to magnify this cuvee.”

Revealed at a private event this week at The Londoner, it will continue to be displayed within an illuminated glass box until December 1. Prices are, of course, omitted, but Champagne Carbon‘s other Bugatti collaborations cost as much as €1,090 ($1,230 USD at current exchange rates) per bottle.