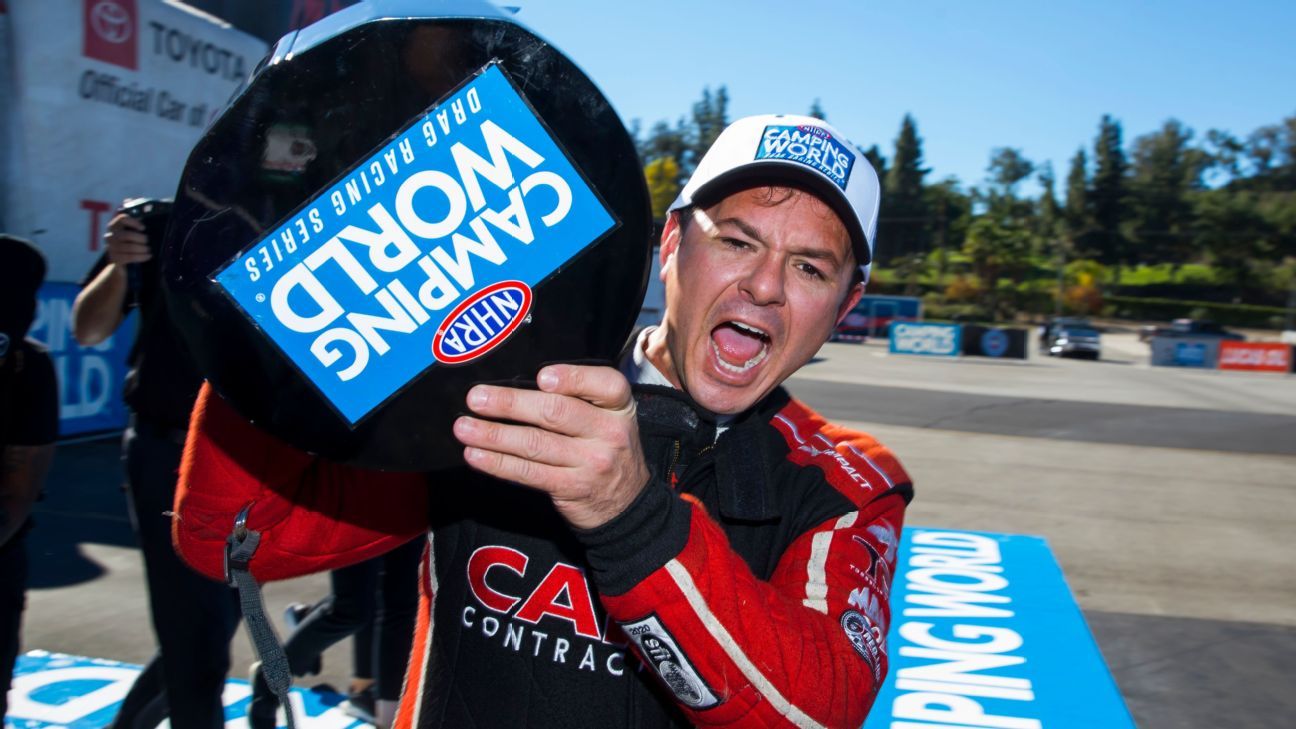 Torrence secured the title with a first-round victory. In the final, he beat Antron Brown with a 3.759-second pass at 317.12 mph. Torrence had 11 victories this season to push his career total to 51.

“I just have all the confidence in the world in that race car,” Torrence said. “I don’t know how we’ve accomplished what we have other than hard work and great support, but this is what all the guys on this team have dedicated their lives to. At the level we’re at, it takes a team that’s willing to go the extra mile.”

Bob Tasca III won the Funny Car race for his third victory of the season, beating Alexis DeJoria with a 3.955 at 321.65 in a Ford Mustang. Capps won the season title when defending champion Matt Hagan lost in the semifinals.

Anderson took the season Pro Stock crown by beating defending champion Erica Enders in the semifinals. He then rolled to his fifth victory of the year and class-record 99th overall, topping Kyle Koretsky in the final with a 6.574 at 208.23 in a Chevrolet Camaro.

Smith wrapped up the title in the second round. In the final, he beat Karen Stoffer with a 6.817 at 200.74 on an EBR. He won six times this season and has 32 career victories.