Do you ever look at some of today’s unimaginative supercar startups, companies that think they’re really pushing boundaries but are actually barely touching them, and wish they would go a little crazy, put their venture capital money where their mouth is, and makes something really outrageous?

And I’m not talking about turning the same old wedgy supercar package into an EV, or creating a non-driving one-off special for the show circuit. I mean something really crazy like a six-wheel, 200-mph convertible that looks like the lovechild of an offshore powerboat and a BMW M1 that you can actually buy and drive.

In 1977 Panther Westwinds did exactly that. Panther and its founder Robert Jankel are both interesting enough to warrant posts in their own right, but the rough outline is that the company burst onto the bespoke car scene in early 1970s Britain where it made a name for itself with the J72, a pricey sports car built around the mechanicals of the contemporary Jaguar XJ sedan, but styled to look like Jaguar’s SS100 two-seater of the 1930s.

An equally retro Panther De Ville sedan inspired by the pre-war Bugatti Royale limousine followed, as did a second, smaller 1930s-style sports car, the Lima. And then there was the Panther Rio, a misguided attempt to turn Triumph’s Dolomite sedan into a bonsai Bentley.

Related: The Mosler Consulier GTP Wanted To Take On Countachs And Testarossas With A 175 HP Dodge Omni Four

But there was nothing backward looking about the Panther 6, unless you remembered the pink monstrosity driven by Lady Penelope’s chauffeur, Parker, in the 1960s sci-fi puppet show Thunderbirds. Jankel though, never suggested that the 6 drew from Thunderbirds’ Fab 1, or that he’d arrived at the concept after a three-day cocaine-fulled after-show party session with Led Zeppelin, whatever the finished product might lead you to imagine. Instead, it was inspired by the P34, an experimental six-wheeled single-seat racer then being campaigned with some success by Tyrrell in Formula 1.

Like the P34, the 6 had four small wheels at the front and two at the back. And unlike Panther’s other cars, this one had its engine mounted behind the front seats. That engine started life as an 8.2-liter Cadillac V8, the kind that made just 190 hp in an emissions-emasculated Eldorado. But de-smogged and twin-turbocharged for the 6 it made a reputed 600 hp, and supposedly sent the leather-lined aberration to 200 mph (322 km/h), which was conveniently higher than any other 1970s supercar could manage, and also-conveniently never substantiated. Jankel loved publicity. 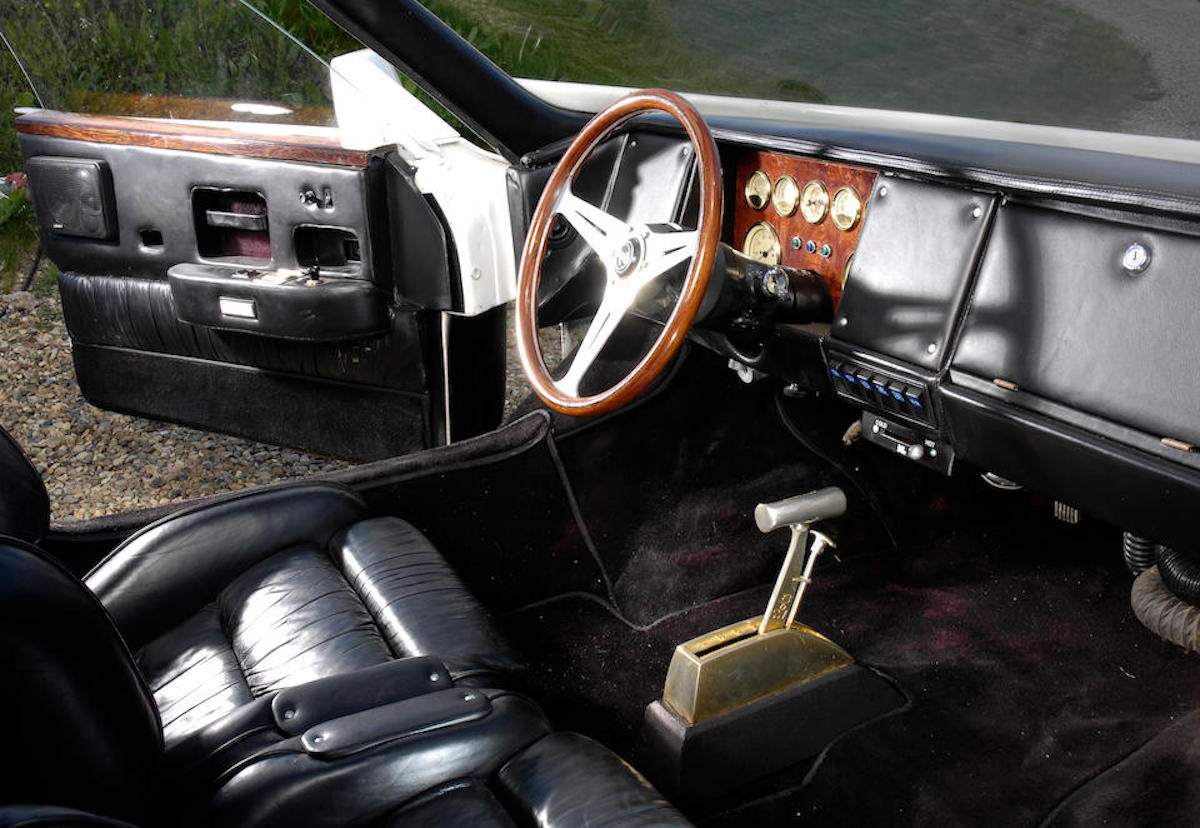 Everything about the 6 was over the top. It cost £39,995 in 1977 (£254k/$348k today), which would have bought two Porsche 911 Turbos or one and half Lamborghinis. It had the air conditioning system from a truck to ensure the Arab buyers who could afford it could stay cool even with the top down, and there were two telephones, one in each armrest, and a TV in the dashboard.

Speaking to reporters at the 1977 London Motorfair, Panther claimed to have taken order for eight cars, though only two were built before the company went belly up. Jankel turned his attention to his separate coachbuilding company and went on to forge a successful career creating special project cars for the likes of Bentley and Rolls Royce in the days before they brought those activities in-house. He died in 2005 but the Jankel Group is still around and heavily involved with heavily armoring vehicles for armed forces and security services around the world.

As for the 6, the original right-hand drive show car is believed to be in the Middle East, while the second car, seen here in white, was rescued from near abandonment and restored in the 2000s. As far as we can tell it last changed hands a decade ago selling at a Bonhams auction for $47,995, which seems like a bargain for a car with so much history and head-turning potential. 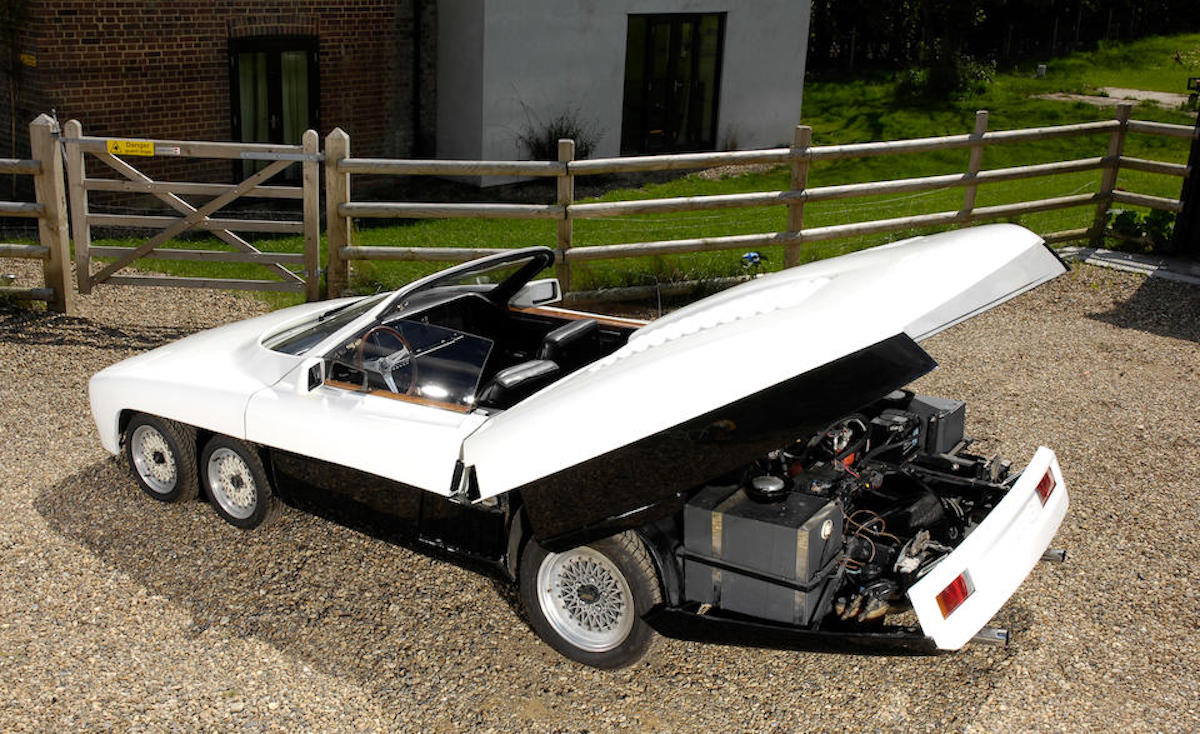 Too Wild For Its Own Good

But maybe now, as it was in 1977, the 6 is simply too crazy. Everybody likes the idea of turning heads in a supercar, of appearing brave and confident, but when was the last time you read about a supercar that really looked like it was breaking the mold in any respect beyond being faster than what has gone before?

We’re still beholden to the same layout and basic shape laid out by the Lamborghini Countach half a century ago. The Countach shocked – it even earned its name, a Piedmontese expression, on the back of its ability to do just that. And so did the Panther 6 shock. Modern supercars? Not so much. Maybe we’ll have to wait for the likes of XPeng to come good on their flying car promises before the supercar world gets a real shake-up.