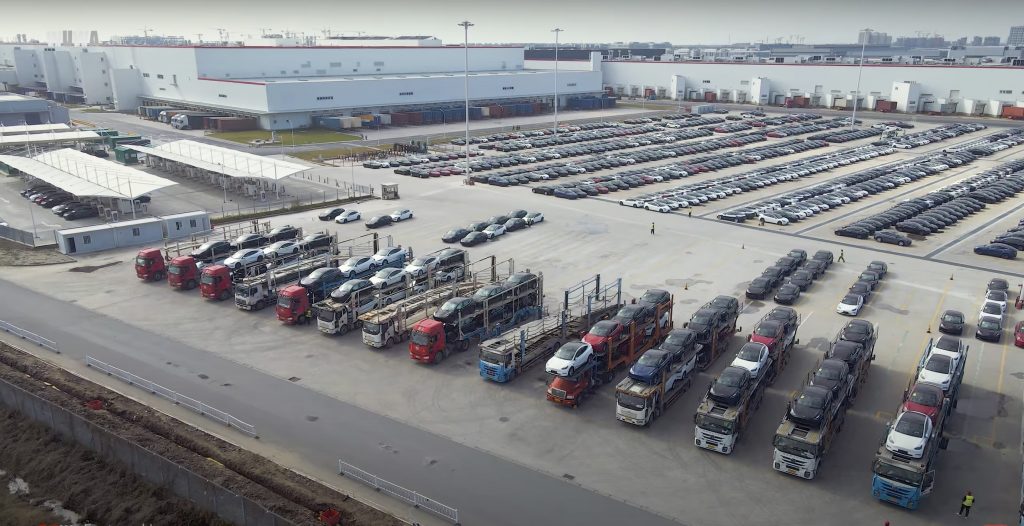 Recent aerial footage from Tesla Gigafactory Shanghai has revealed that the facility’s holding lot is reaching maximum capacity as production rolls full steam ahead in the last few weeks of the fourth quarter.

Footage dated November 19 from drone operator Wu Wa showed that Giga Shanghai’s holding lot is still being filled with new Model 3 and Model Y vehicles as November comes to an end. There is only a little over a week left of November, and Tesla China’s factory seems to be using the time wisely.

New Model 3 and Model Y vehicles can be seen in multiple areas of Giga Shanghai. Some were already on car carriers, while others were in line to be loaded. Even more vehicles were parked in the factory’s holding lot. There were also vehicles under the charging canopy and parked outside the building next to them.

This suggests that as of November 16 onwards, Giga Shanghai has shifted its focus from exports to vehicles for the local market. However, since Giga Shanghai is producing cars at such high volumes, some of the vehicles in the video might still be for foreign territories like Europe. A mixture of import and local vehicles might explain Giga Shanghai’s nearly full holding lot.

Still, Giga Shanghai has more than enough on its plate. The Tesla Model Y Standard Range Plus sold out in China earlier this month. Plus, the MIC Model Y Performance is expected to start local deliveries this quarter. The Model 3 Standard Range Plus is also sold out for the rest of 2021, revealing that demand for Tesla’s affordable all-electric sedan is still going strong despite the Model Y’s entry into the Chinese auto market.

A video of Gigafactory Shanghai’s recent activities could be viewed below.