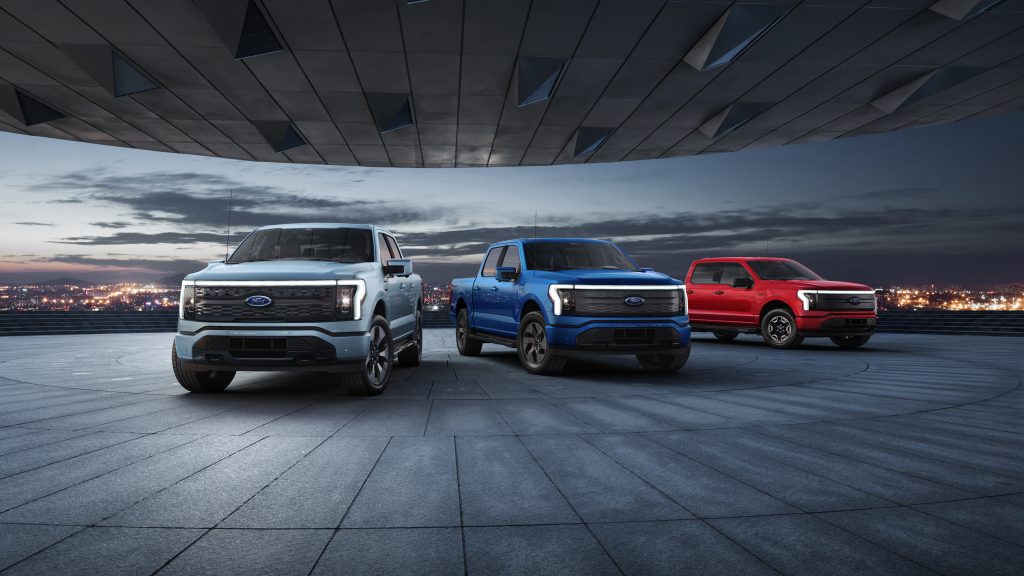 CEO Jim Farley said yesterday that Ford would be increasing its EV production goal from 300,000 to 600,000 over the next two years, aiming to solidify the manufacturer’s position as #2 in the U.S. automotive industry behind Tesla. Farley expects the Mustang Mach-E, F-150 Lightning, and E-Transit van to be the three contributors to Ford’s imminently-expanding production goals.

“The demand is so much higher than we expected,” Farley said in regards to the growth of Ford’s electric lineup. “It’s a really new experience for this big company, trying to be agile. We had to approach it very differently than we’ve done capacity planning.”

We aim to become the 2nd biggest EV producer within the next couple years.

Then as the huge investments we’re making in EV and battery manufacturing come onstream and we rapidly expand our EV lineup, our ambition is for @Ford to become the biggest EV maker in the world.

Ford’s plans to be second-in-command of the U.S. EV sector could be challenged by General Motors, who has solidified plans to sell at least 1 million EVs by 2025. However, GM’s popular Bolt EV will be sidelined for the remainder of the year. GM’s GMC brand will have the Hummer EV releasing in the coming months to contribute, but a spokesman for the company said that General Motors was already approaching 300,000 sales globally through the first three quarters of 2021. Most of this could be attributed to the Chinese market, where GM’s joint venture with Wuling and SAIC has contributed a significant portion of these sales with the HongGuang Mini EV.

Ford’s plan will also have to involve strategies to alleviate any potential bottlenecks that could arise from the chip shortage. Ford signed a non-binding agreement with GlobalFoundries to develop “a strategic collaboration to advance semiconductor manufacturing and technology development within the United States, aiming to boost chip supplies for Ford and the U.S. automotive industry,” the company’s said. The development of collaborative semiconductor chip production efforts could bring in solutions for ADAS, battery management systems, and in-vehicle networking for automated and connected EVs.

“It’s’ critical that we create new ways of working with suppliers to give Ford – and America – greater independence in delivering the technologies and features our customers will most value in the future,” Farley said about the partnership. “This agreement is just the beginning, and a key part of our plan to vertically integrate key technologies and capabilities that will differentiate Ford far into the future.”

Semiconductor shortages have plagued many automakers for much of 2021, except for Tesla, which has developed in-house alternatives. The auto industry will produce roughly 7.7 million fewer automobiles this year compared to 2020, according to AlixPartners. The shortage will cost the industry around $210 billion in revenue.

Tesla’s Q2 Earnings Call set for July 20
Woman Tries Lambo-Style Reverse In Her Hyundai Santa Fe, Falls Out Of The Car
Listen To The World’s Smallest Rotary Engine Rev To 30,000 RPM
The L9 SUV From Li Auto Proves That The Chinese Really Are On A Roll
There’s a massive pile-up of car, furniture exports bound for U.S. and it’s spreading across European ports