The basement display area a floor below the OEM circus at the L.A. Auto Show is always home to some weird and wild tuner creations.

But we doubt even the lifted trucks and modified Rolls Royces hiding down in the dungeon come close to this life-size Barbie car when it comes to imagination. What appears to have started life as a Fiat 500 has been transformed into a two-seat sport car that would almost pass for a realistic Mazda MX-5 rival if it wasn’t for some decidedly whacky details.

Those details include star-shaped head- and taillights that look like they were modelled on Elton John’s glasses circa-1973, fluffy headrests and rainbow-patterned wheels. But the crowning glory is a pair of doors shaped like swans wings that will have other drivers passing by thinking they’ve just cashed into a fairground Tunnel of Love canal. 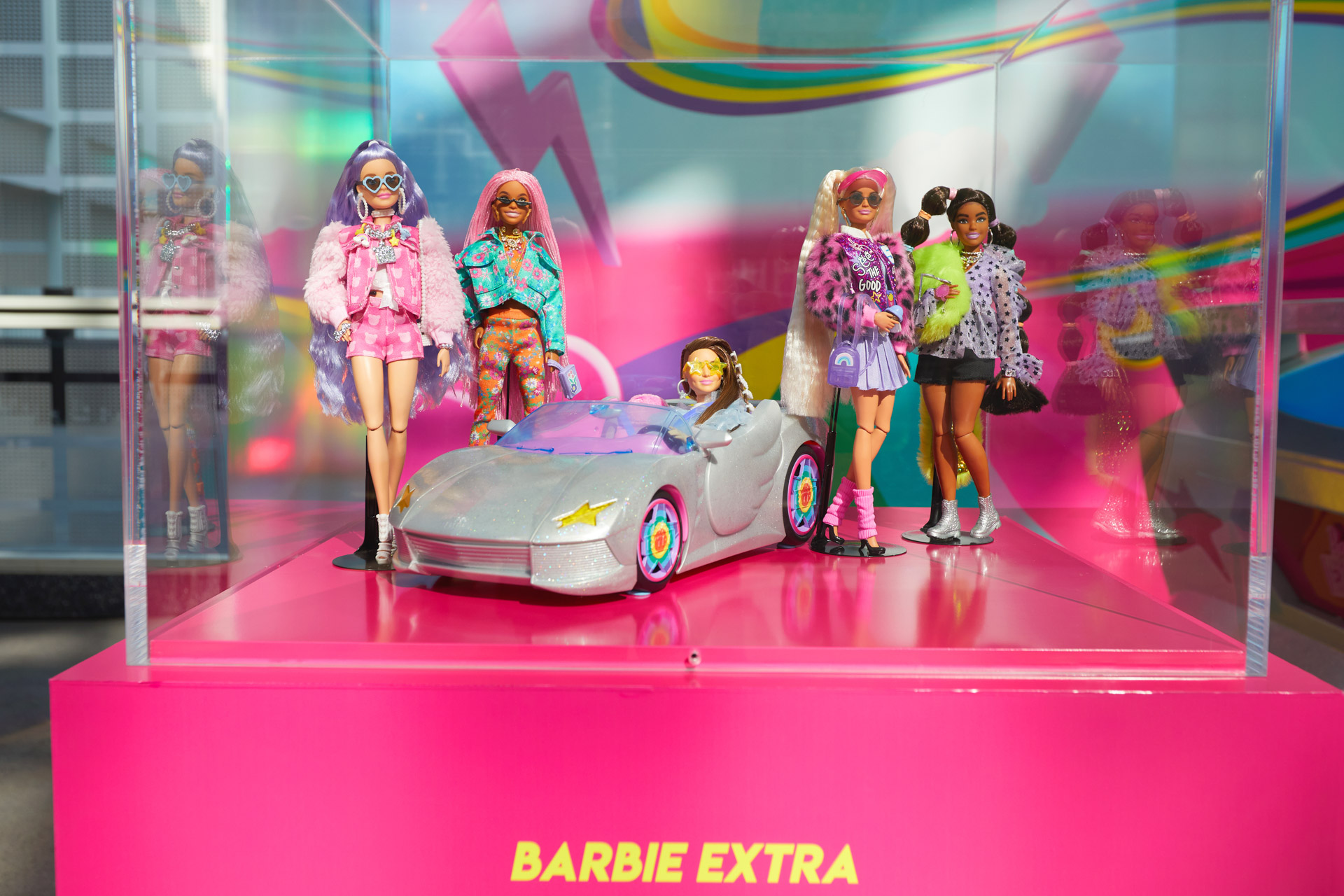 Three star-shaped exhaust tips and a chunky high-rise spoiler finish off the rear, while inside it’s mostly stock Fiat 500 from the dashboard down, albeit swathed in pink.

We’re not sure who’s responsible for the Fiat’s transformation, but it was commissioned by toymaker Mattel to promote the release of the $29.99 Barbie Extra Vehicle. Barbie Extra toys are apparently part of a different range of Barbies that come with extra leg articulation and some bolder dress and makeup options. Yeah, we know you didn’t need to know that.

Though it’s not clear from the pictures, the press blurb mentions a built-in pet pool, presumably located behind the front seats, which it says is the perfect place for Barbie’s pet dog to cool off while she’s giving the 500 death down some canyon roads (we’re paraphrasing).

The whole thing is clearly just a bit of fun, but we can’t be the only ones thinking there’s the kernel of something genuinely appealing about butchering a Fiat 500 to make an economical sports car to rival the Mazda MX-5.