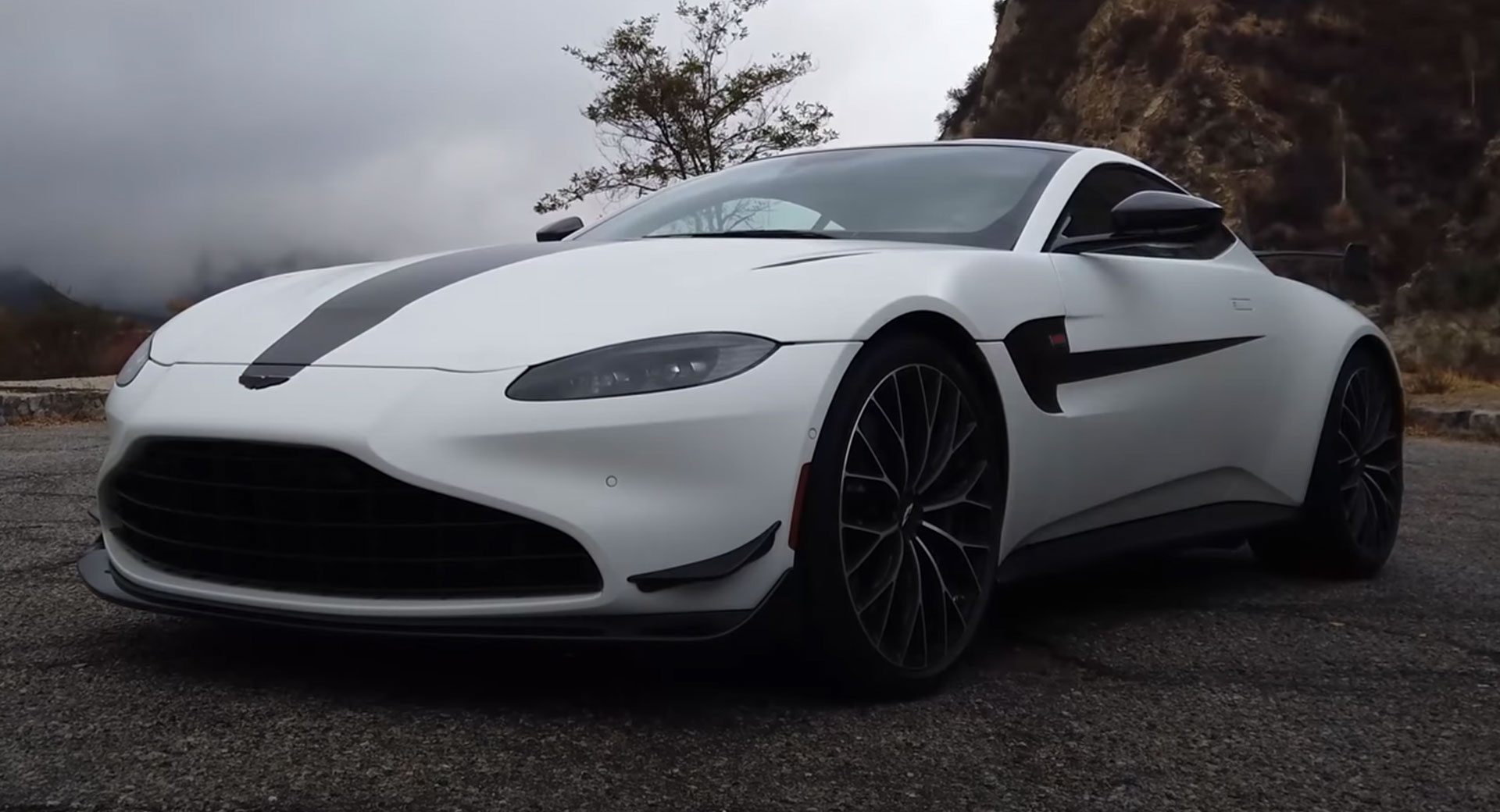 According to Matt Farah, the Aston Martin Vantage F1 Edition may as well be called the Vantage ‘Marketing Edition,’ so poorly has it been named. However, as he recently discovered when testing out the car on the canyon roads outside of Los Angeles, it has much more going for it than a boring name.

Aston Martin launched the car to celebrate the fact that the Vantage now shares Formula 1 Safety Car duties with the Mercedes-AMG GT R. It could have simply taken a regular Vantage, slapped on some special F1 badges and called it a day. However, Aston Martin actually went to the trouble of improving the car’s performance so it’s a little more fitting of the name.

Read More: Aston Martin’s 2021 F1 Edition Is The Most Hardcore Vantage To Date

For example, the 4.0-liter twin-turbocharged AMG V8 now pumps out an extra 25 hp, bringing it up to 527 hp, while torque sits at 505 lb-ft (685 Nm). Aston’s engineers have also tweaked the steering and eight-speed automatic transmission, resulting in quicker and more responsive gear changes.

The Vantage F1 Edition also features a reinforced chassis with upgraded dampers and stiffer rear springs and Farah and his co-host are very complimentary with how the car drives. Both mention that the carbon ceramic brakes offer good pedal feel and note that the suspension provides a good level of adjustability. It is a little too rough to use on the road in its stiffest setting but the softer setting works well, too.

However, Farah notes that a Vantage F1 Edition costs just as much as a Mercedes-AMG GT C in the U.S. and suggests it doesn’t feel quite as exotic as the Merc.