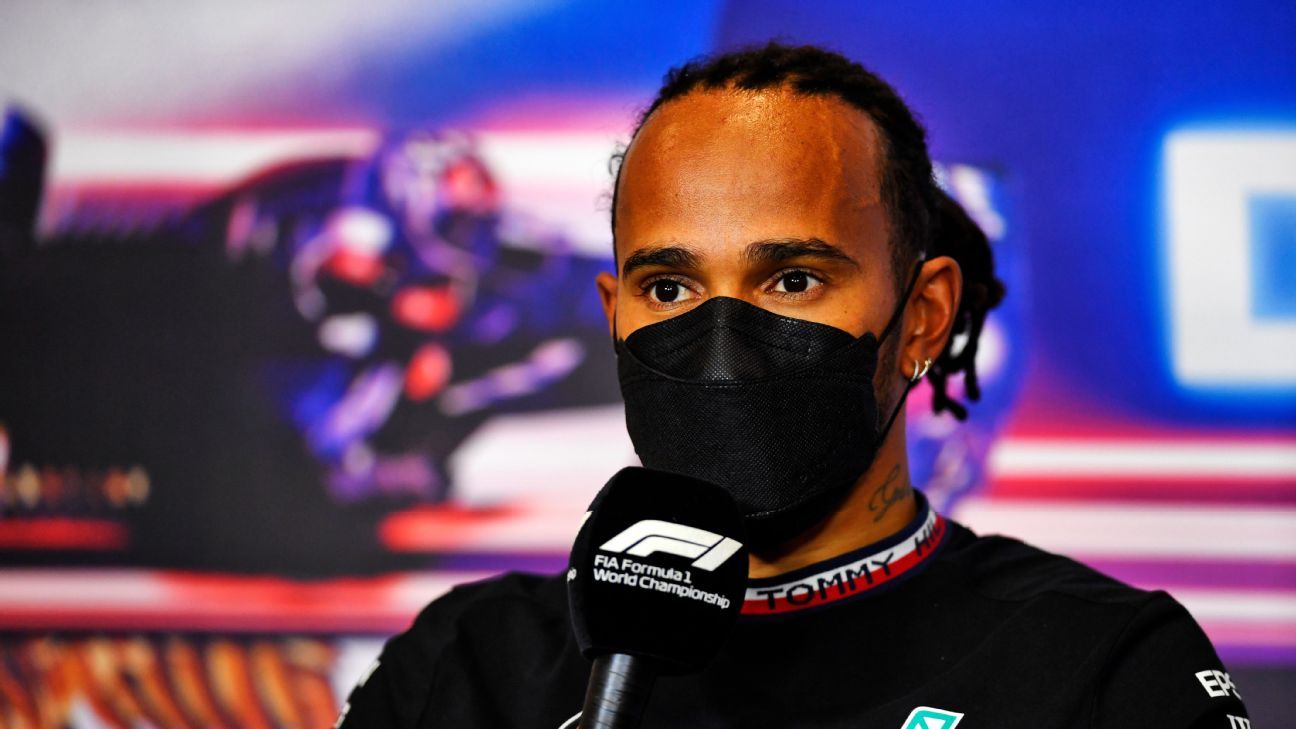 Lewis Hamilton has blamed Mercedes teammate Valtteri Bottas for leaving the “door open” to title rival Max Verstappen at the first corner of the Mexican Grand Prix on Sunday.

After Mercedes locked out the front of the grid for the first time this season, Verstappen passed both Hamilton and pole-sitter Bottas as he surged around the outside of the Finn heading into Turn 1.

The move proved vital as Verstappen went on to secure his second consecutive win in the Americas and extend his championship lead over Hamilton to 19 points with four races of the season remaining.

Afterwards, Mercedes team boss Toto Wolff lamented that his drivers had “opened the sea” to Verstappen with their positioning heading into Turn 1, but Hamilton said Bottas was the one at fault as he had been concentrating on covering the inside.

“I had envisaged it differently naturally in the sense that Valtteri maybe got a better start and I would have tried to get into his tow but obviously I was alongside him which was good,” Hamilton said.

“I was covering my side of the track making sure that no one could come up the inside so was trying to keep whichever Red Bull I could see in my mirror behind.

“I thought Valtteri would be doing the same but he left the door open for Max. Max was on the racing line so did a mega job braking for Turn 1 and I was on the inside on the dirt and there was no hope for me.”

While Bottas was then hit by Daniel Ricciardo from behind, causing him to spin out of contention, Hamilton was forced to defend second place from Sergio Perez at the Red Bull driver’s home circuit.

In the end, Hamilton was thankful that he didn’t lose further ground to Verstappen after holding off Perez’s late charge in the “far superior” Red Bull car.

“I gave it absolutely everything and even obviously a great fight with Sergio at the end, but I’m really grateful I was able to at least get a second,” Hamilton said. “I feel positive in the sense that I had a good race. I did it with the car that I had and the car was not good today.

“When you have Sergio behind you pushing you like that, you know the car is fast, so you know, I’m glad I was able to keep at least those two apart in terms of getting one-two for the team and we want to keep fighting.

“They’ve had the fastest car most of the year so it’s not a surprise. I wish we were quicker this weekend but today we were a long way off, so I don’t really understand that, but we’ll go back to the drawing board and try and come back next week stronger.”