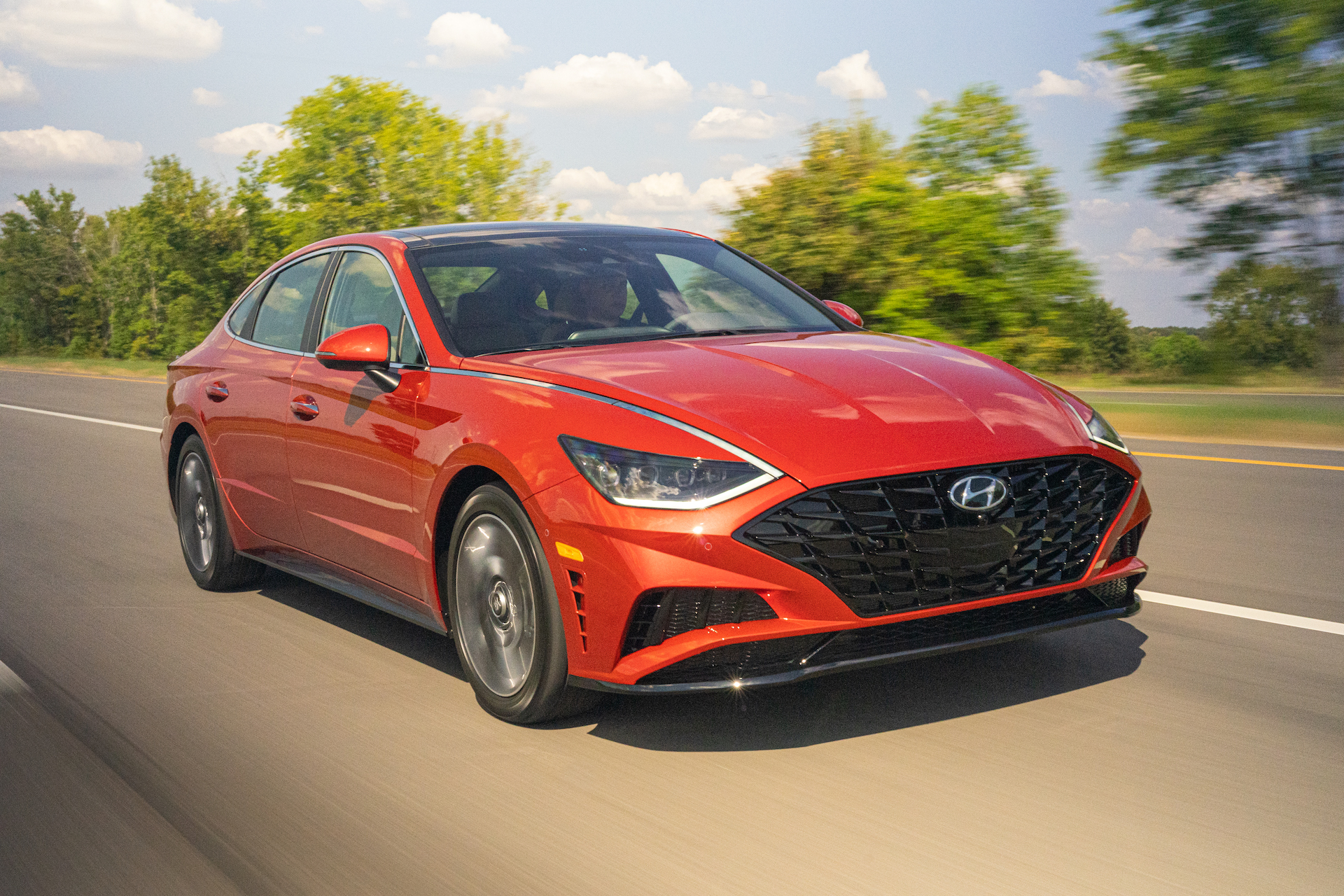 If you drive a lot on the highway and think mileage really matters, yet you’re still not ready to turn in your gas card for a charging-network app, the 2020 Hyundai Sonata Hybrid might prove the perfect choice when it arrives in a few months.

With the Sonata Hybrid’s debut at the 2020 Chicago Auto Show on Thursday, Hyundai announced a mammoth improvement of up to 10 mpg combined for its efficiency-focused version of this mainstream mid-size sedan—up to 54 mpg on the highway and up to 52 mpg combined (EPA-cycle, but not yet officially EPA-rated) for the Sonata Hybrid Blue.

On the highway, that may be more efficient than the Toyota Camry Hybrid or even the Toyota Prius Eco—second only to Hyundai’s own Ioniq. But the Sonata is a big, spacious sedan with a great highway ride.

The Sonata Hybrid gets quieter inside, just like other versions of the 2020 Hyundai Sonata, and the Sonata Hybrid promises an even more pronounced difference—partly from its improved aerodynamics (from 0.27 in other Sonatas to 0.24 here, mostly from various underbody shielding), but otherwise from newly added noise insulation.

The Sonata’s powertrain is, from a distance, an evolution of what Hyundai has been fine-tuning over previous versions of the Hybrid. It has a completely new 2.0-liter inline-4 from Hyundai’s latest Smartstream engine family. It makes 150 horsepower and 139 pound-feet of torque and is mated with a single 51-hp electric motor and 6-speed automatic transmission. Altogether, the powertrain makes 192 hp.

For this hybrid system, which has typically been good on the highway but not always the smoothest in city driving, Hyundai’s introducing an Active Shift Control feature that adds a new sensor to more precisely match the hybrid system’s motor speed with engine speed—making shifts smoother and up to 30% quicker, and adding to durability for the transmission. 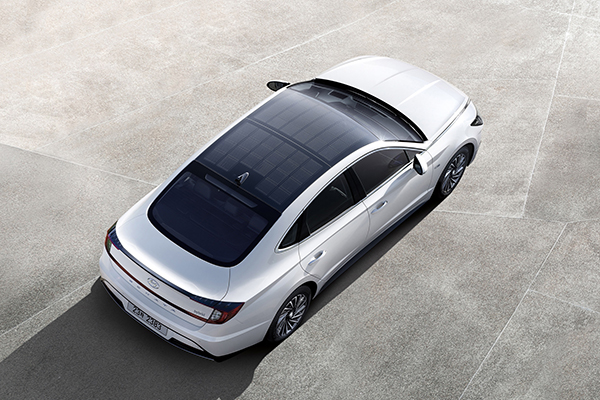 Another interesting piece of tech offered in the Sonata is a Solar Roof—the first solar roof system on a mainstream hybrid that’s configured to add energy to the hybrid battery, not just the accessory battery. Hyundai says that the Solar Roof can increase driving range and add up to 700 miles per year that are essentially free—if you park it all day out in the bright sun of course (better not get that black interior).

A digital key feature uses your smartphone—Android only, for now—to allow unlocking and starting for you and family members, and Qi wireless charging is available. Infotainment possibilities span from a base 8.0-inch system that’s Apple CarPlay and Android Auto compatible, to a 10.3-inch touchscreen with cloud-based voice recognition and a surround-view camera system, with Bose audio available.

Last year’s Hybrid was offered in SE and Limited versions, with prices running about $3,000 above their non-hybrid counterparts. Prices have gone up slightly for those other models in the lineup, and while we’d expect a price hike for the hybrid too, don’t be surprised if Hyundai makes hybrid prices a little less of a step up.

It’s all yet to be revealed; expect more about pricing, features, and confirmed EPA ratings within a few months.