Australian police caught a 41-year-old man after he allegedly used a stolen front-end loader tractor to steal two dirtbikes from a motorcycle store in the middle of the night.

Video of the incident shows a front-end loader with a boom attached being used to break through the motorcycle shop window. The man then attached straps to two motorcycles and drove away with them.

Police caught up with the man as he was attempting to load the dirtbikes on a truck parked on the side of a street. The driver of the loader attempted to flee with the bikes still attached to the loader.

The bikes fell off as the police chased the man through suburban neighborhoods and over rail lines. Fortunately, due to the hour, no one was injured as a result of the incident, but the fugitive did damage several small fences and a train, reports Queensland Police News.

Eventually, the front-end loader slid into a large tree near Dinmore Railway Station, near Brisbane. The driver then fled on foot and was tracked by a police dog squad unit before they located him, hiding in long grass in a creek shortly before 5 AM local time.

The 41-year-old Dinmore resident “has been denied police bail and is due to appear in the Ipswich Magistrates Court,” police say. He has been “charged with enter premises and commit an indictable offence by break, dangerous operation of a motor vehicle, trespass on a railway, two counts each of unlawful use of a motor vehicle and wilful damage and one count of obstruct police and evade police,” according to the report.

The front-end loader was allegedly stolen on the night of October 14-15 from a business in Geebung before being used in this crime. 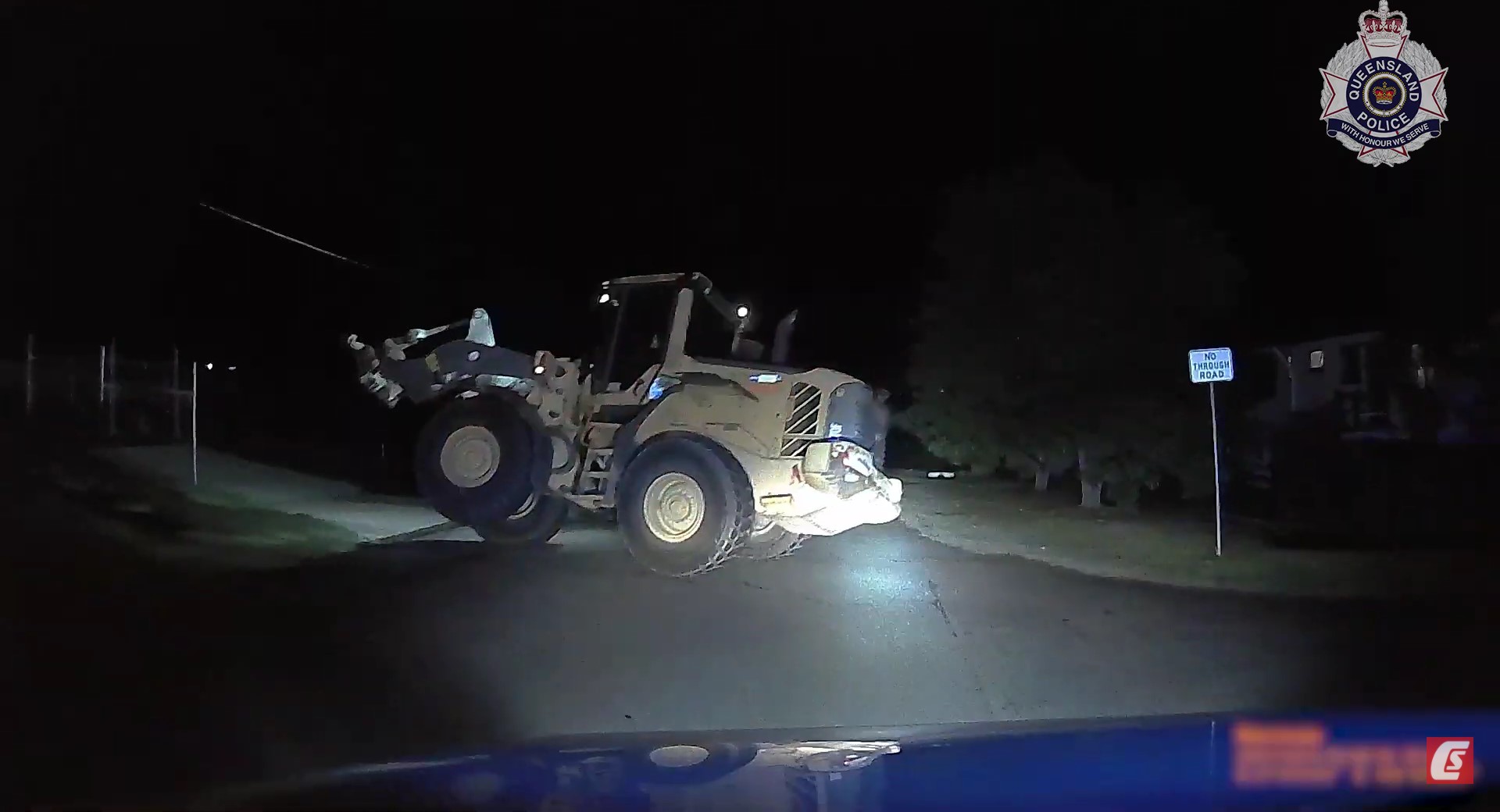