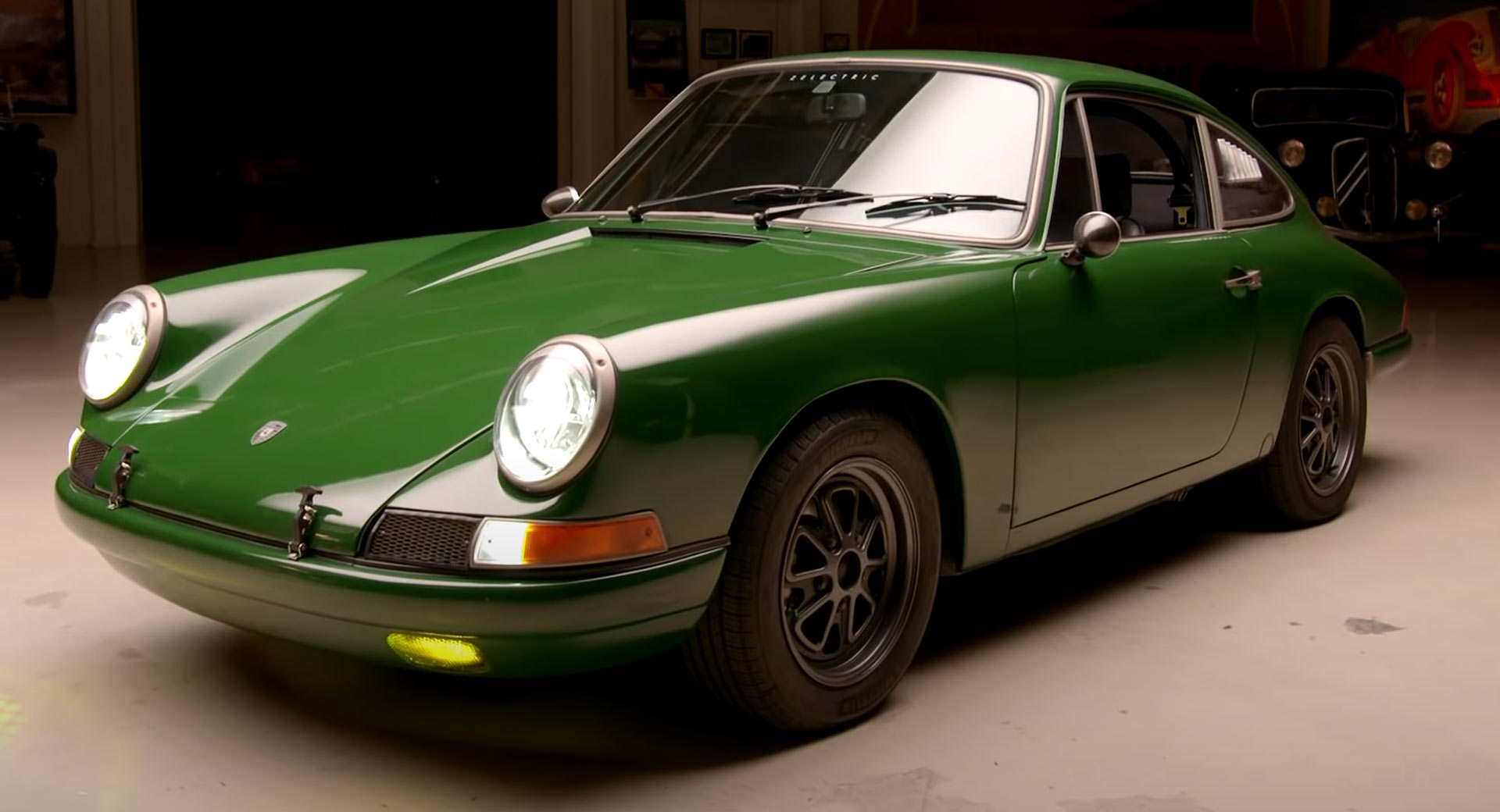 Jay Leno is a huge fan of classic sports cars, and in the most recent episode of Jay Leno’s Garage he had the opportunity to check out a 1968 Porsche 912 that has been transformed into an EV by a company named Zelectric.

Porsche first introduced the 912 back in the 1960s as a more affordable alternative to the 911 but Zelectric have removed its standard 90 hp engine and replaced it with the rear drive unit of a Tesla Model S. This motor pumps out 536 hp and is coupled to a 32 kWh battery pack. The car also features a brake regeneration system just like most EVs on the market and also allows for one-pedal driving.

Watch Also: Porsche Doesn’t Want To Build An Electric 911, So What’s This Electromodded 964 From Everrati Like?

As you would imagine, the Tesla drive unit and battery pack aren’t light and weight around 620 lbs. By comparison, the 912’s standard engine, transmission, and exhaust combine to weigh around 375 lbs so this electric-converted car is much heavier than when it left the Porsche factory. However, with nearly 540 hp, that extra weight is not an issue.

The compact 32 kWh battery pack allows the car to travel up to 140 miles (225 km) when the car is driven gingerly or 120 miles (193 km) when it is driven the way that a Porsche should. During this review, Zelectric mentions that it is working on a 45 kWh variant that will offer more range.