The Dodge Intrepid, also known as the Chrysler Intrepid in Canada, was one of the more intriguing vehicles produced by Dodge/Chrysler in the 1990s and early 2000s. It is remembered for its sleek shape and has served as the basis for a project car that was recently shared to Reddit.

While the vehicle you’re looking at may seem like it originates from the 1950s or 1960s, it is instead an Intrepid that has been extensively overhauled.

Read Also: Someone Kept A 1994 Chrysler Concorde In A Climate Controlled Time Capsule Just For You 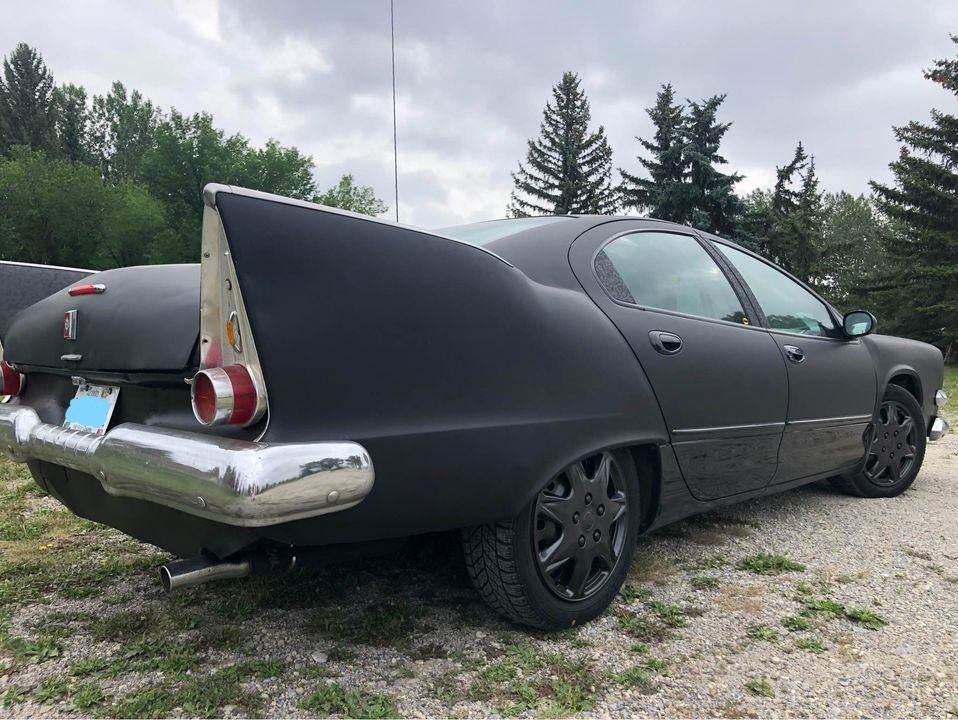 Things start at the front end where all signs of the car’s origins have been removed. In place of the Intrepid’s front fascia is a unique chrome bumper, grille, and four round headlights. A custom hood has also been fitted, as have unique wheel arches. There is even a badge at the front that reads “Batmobile” although, when it comes to movie cars, it reminds us more of the 1958 Plymouth Fury that starred in 1983’s “Christine” rather than the ride of Bruce Wayne’s alter ego.

The rear of the car is just as weird as the front and has a pair of massive tailfins inspired by those made famous by American models in the late 1950s. Complementing these fins are round taillights and a chrome bumper. Further adding to the unique character of the car is a matte black paint scheme and black-painted wheels.

The only indication that this is an Intrepid is from the side where the sedan’s unique shape and roofline instantly catch the eye. The side profile is also at odds with the rest of the car’s design but, hey, if the owner likes it, that’s all that matters.