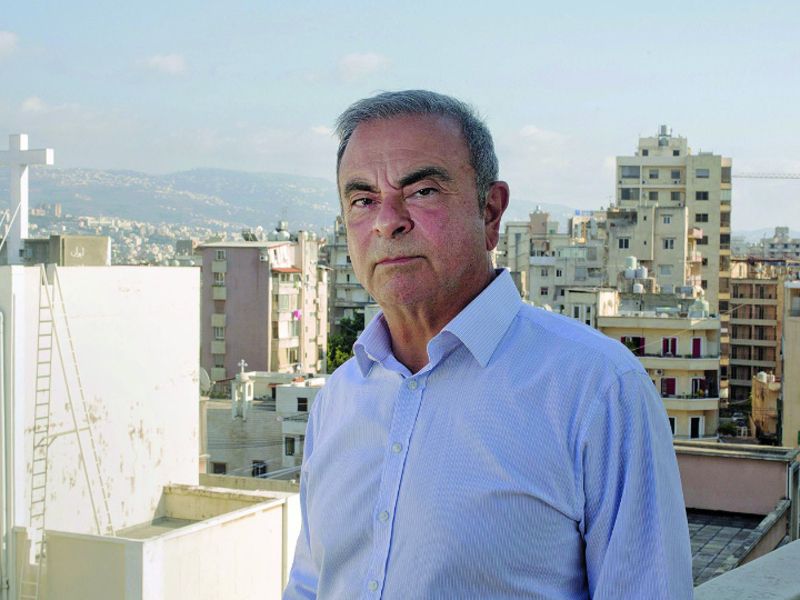 Carlos Ghosn wants to correct the record in his own memoir being re-released this week: He is no longer a Nissan shareholder and is eager to exit Renault.

The executive-turned-international fugitive has grown even more pessimistic about the automakers’ prospects in the 11 months since his book was first published in French. In a chapter devoted to defending his compensation, Ghosn says he demonstrated loyalty and faith in the companies by hanging onto their stock after his November 2018 arrest.

“I am not any more a shareholder of Nissan, thank God,” Ghosn said Wednesday in a video interview from Beirut. He’s lived there since fleeing Japan in late 2019 to avoid trial over various charges of financial impropriety.

The Renault-Nissan alliance — forged when Ghosn was dispatched in 1999 to save the then-nearly bankrupt Japanese carmaker — is “doomed” due to lingering power struggles, its former chairman said. He still has claim to a stake in Renault via shares the French government seized as part of an ongoing tax-residency investigation.

“It’s not because I trust management — I do not,” Ghosn said. “It’s because I have no choice.”

Representatives for Nissan and Renault declined to comment. The two companies combined have lost almost $30 billion in market value since his arrest.

Nissan posted two consecutive years of losses after Ghosn was arrested on charges of financial misconduct. Last year, the company unveiled a turnaround plan that calls for shuttering production lines and sacrificing market share for profitability. Along with automotive rivals the world over, it’s been sideswiped by the pandemic and crippling shortage of semiconductors.

Renault also has taken drastic steps since Ghosn’s exit, slashing thousands of jobs and paring back manufacturing capacity after a record annual loss. While the automaker swung to a profit in the first half of this year, its bounce-back from the early days of the pandemic has been muted by over-reliance on Europe, where car sales are recovering more slowly than in China or the U.S.

Ghosn, 67, has denied charges leveled against him and said he’s already working on a sequel to his tome initially published in November of last year. The effort reflects a desire to defend his legacy as the globe-trotting CEO who managed three automakers at once before a dramatic downfall.

He acknowledged that the trial of Greg Kelly, his former deputy at Nissan who was indicted in Japan for allegedly helping Ghosn under-report income, will serve as a proxy for how he is ultimately judged. Kelly’s lawyers are set to deliver their closing arguments next month, with a verdict scheduled for February.

While Ghosn remains holed up in Beirut after jumping bail with the help of a former U.S. Green Beret and his son — who are both serving jail time in Japan for their role in the escape — he’s continuing legal battles with France and the Netherlands.

Last month, he appealed a Dutch court’s ruling that he should pay almost 5 million euros ($5.8 million) to a local unit of Nissan.

“I’m personally reasonably optimistic about the appeal,” he said in the interview. “If there is no bad faith from my part, how can I reimburse money which is owed to me?”

Ghosn has also been accused by France of siphoning Renault funds to pay for a yacht and Versailles Palace birthday party for his wife. Authorities are investigating his interactions with a car distributor in Oman as well as payments a Dutch subsidiary of Renault and Nissan made to consultants.

Ghosn believes Japan’s legal system is incapable of rendering justice appropriately and that the French probe is being heavily influenced by Japanese prosecutors. But he’s still hopeful he can salvage his reputation.