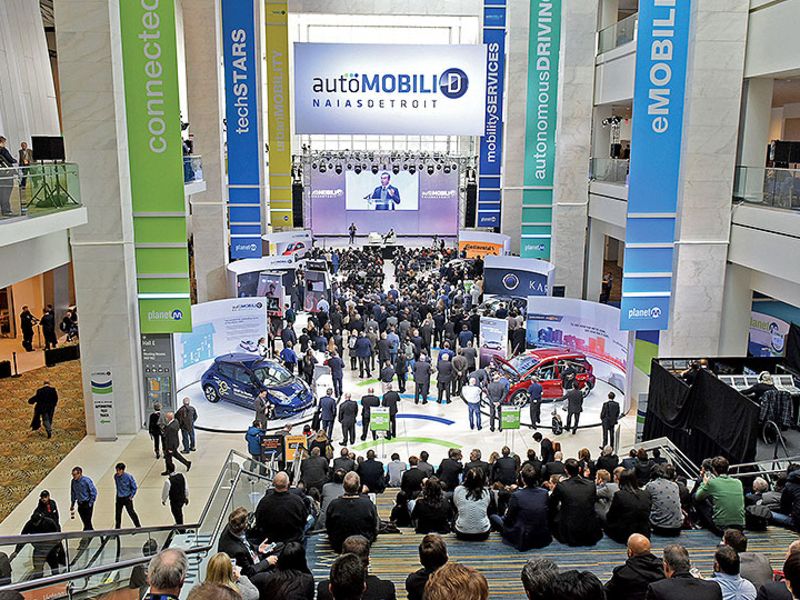 The recently completed IAA Mobility show in Munich will be remembered perhaps as the first major automotive show to take place amid the pandemic. It may also be remembered for something else: bikes.

Two halls were devoted to vehicles of the two-wheeled variety. Approximately 70 bike and e-bike companies showcased their latest models, and there was plenty of room outside for test runs and demonstrations.

“It was a car show that was something more,” wrote Roger Lanctot, director in the global automotive practice of consulting firm Strategy Analytics. “A different story of transportation’s future was being told at IAA Mobility.”

Long the province of the automobile, car shows have undergone a substantial reboot in recent years as they fight for relevance and follow the auto industry’s evolution toward fashioning itself as part of a more encompassing transportation industry.

That rethink represents, of course, an embrace of new business opportunities and partnerships between traditional automakers and startups. It’s also perhaps a tacit acknowledgment that cars do not operate in vacuums.

They exist in cities, connect to 5G networks and link travelers to other modes of transportation.

If mobility components of auto shows once felt like awkward bolt-ons, now they’re increasingly complementary, as attendees from all portions of the transportation ecosystem seek to connect with one another.

“These industries are colliding,” said Kathryn Snorrason, managing director at the Michigan Office of Future Mobility and Electrification. “A lot of my job is meeting with mobility and electrification companies, and almost every meeting ends with them wanting to get to know OEMs, suppliers, investors and other mobility players in the state. So it’s great when you can align supply and demand if you want to think about it that way.”

She has helped assemble a roster of startups that will participate in the AutoMobili-D portion of this week’s Motor Bella showcase at the M1 Concourse, a performance track in Pontiac, Mich. State universities, two dozen startups and larger companies in the connected, autonomous and smart cities sectors are scheduled to exhibit at the showcase and participate in two days of panel discussions on topics from testing and deploying mobility technology in Michigan to aerial taxis.

It’s largely the same format that AutoMobili-D enjoyed as part of the traditional North American International Auto Show, but it has a COVID-era refresh.

“We’re connected with these companies virtually, whether in Michigan or around the world,” Snorrason said. “But it’s hard to give them a true sense of community over Zoom. So it’s nice to be able to give them a space to feel that presence of the community here. You can see the exhibits or hear the thought leadership on panels. And that’s just a different type of event that mixes up everyone’s schedules from looking at Zoom or struggling to get into a Teams meeting.”

So much emphasis has been placed on bikes and mobility at two shows that represent traditional automotive powerhouses — Detroit and Germany — it begs a question: Is there still room for car reveals and enthusiasts who remain fascinated with horsepower and torque? Or, to use multimodal mobility metaphors, has that ship sailed?

“That’s a very interesting question,” said Lisa Kaz, owner and CEO of ANSA Productions, which plans and produces Automobility LA, which was the first show to adapt to Silicon Valley’s interest in the auto industry when it added the Connected Car Expo conference in 2013.

She cautions against painting all shows with the same brush and anticipates that they will stay focused on what excites consumers in their respective markets. In Munich, that may be an emphasis on bikes and e-bikes.

In Los Angeles, it’s an emphasis on electric vehicles, which reverberate with the EV startups in the area, government policy and consumers alike.

That’s the direction Automobility LA has charted in the past and will continue toward this November. Kaz said that EVs made up approximately 40 percent of the 72 debuts at the 2019 L.A. show, and she anticipates the percentage of EVs will be even higher this year.

“It makes sense that other events aren’t going to be embracing it as much because their consumers aren’t there and the markets aren’t there,” Kaz said. “We’re much farther into the future in terms of embracing those trends. We have government support for EVs, OEMs interested and consumers. That’s a tsunami.”

As much as industry and government fingerprints on EV development have shaped the show, so has the pandemic.

Practically and pragmatically, Los Angeles is planning to hold a greater proportion of the show outdoors. That’s as much to ward off COVID-19 as it is to meet consumers where their interests lie.

“More people are outdoors now, and their whole lifestyles have shifted,” Kaz said. “That trend has accelerated during COVID and because of COVID. People are spending time outdoors; you see boat and RV sales through the roof. They’re eating outdoors. We’re seeing people value the outdoors and interactive experiences. So that will extend to our space and exhibits.”